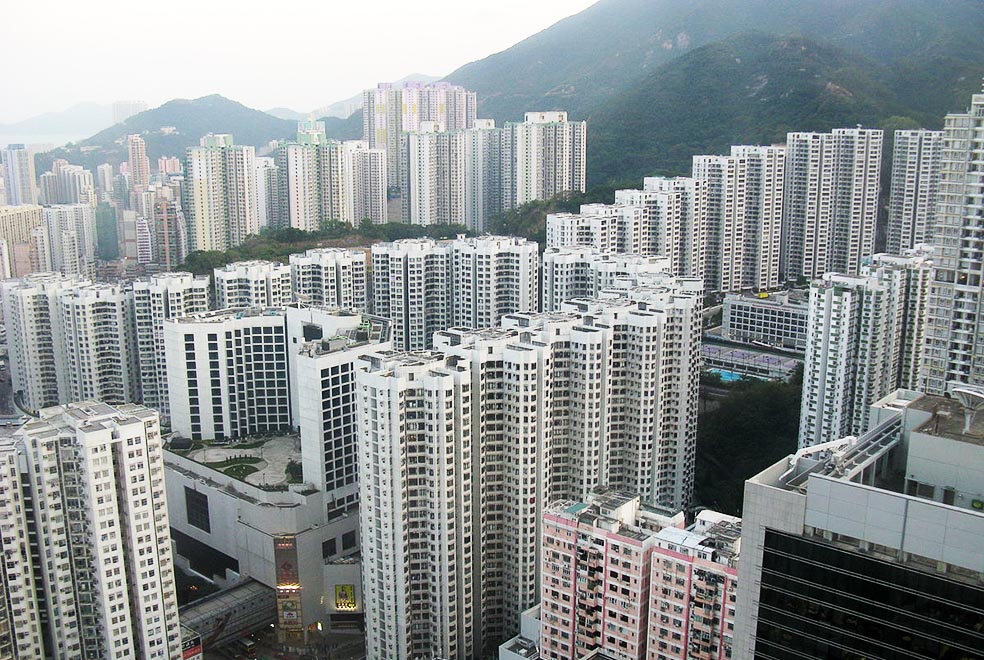 What are you supposed to do when you’re the city of Portland and millions of people are supposed to move into your city in the coming decades and you have an urban growth boundary? Build up, right? To a certain extent yes, but not above the fifth floor, says world-renown architect Jan Gehl. “I would say that anybody living over the fifth floor ought generally to be referring to the airspace authorities. You’re not part of the earth anymore, because you can’t see what’s going on on the ground and the people on the ground can’t see where you are,” he warns. As the Portland Comprehensive Plan update is underway, residents are looking on with alarm as the city is proposing to allow building heights up to 40 stories in such questionable places like historic neighborhoods and bridgeheads all in the name of density.

The high-rise is not the only answer to density. In fact, it may be a very unsuitable solution that undermines the character, livability, social fabric and even the public health of a city.

Below are 7 reasons why high-rises kill livability:

1. High-rises separate people from the street

According to Gehl, a city is best viewed at eye-level. Sure the views from a high-rise can be stunning, but you aren’t able to see people in a way that allows for connection. Because it’s not as easy as walking out your front door, people who live on the high floors of a high-rise are less likely to leave their houses. This separates people from the outdoors, the city and from other people. “What high-rise does is separate large numbers of people from the street, so we end up with a city that is detached from street life, we end up with a city that is based on enclaves and gated communities,” says urban planning expert Michael Buxton.

2. High-rise scale is not the human scale

High-rises are simply so tall that they make no visual sense to a pedestrian at eye-level. You can’t even see the whole building unless you’re in another high-rise. You become lost and engulfed in glass and steel canyons which can be isolating and dehumanizing.

The Preservation Institute tells us that when you walk through a traditional urban neighborhood, with buildings five or six stories high, you can see the faces of people looking out of their windows, and you can see personalizing details such as flowerpots in windows. When you walk through a high-rise neighborhood, you cannot see this sort of thing in most of the building’s facade. In other words, you lose sight of the human-scale in high-rise neighborhoods.

Because high-rises tend to separate people from the street and each other, they greatly reduce the number of chance encounters that happen, which are crucial to the liveliness of a city and to creating social capital. And because people are cooped up in tall buildings, they are less likely to experience propinquity, a concept introduced to me by architect and urban designer, Kevin Kellogg.

Propinquity is “one of the main factors leading to interpersonal attraction. It refers to the physical or psychological proximity between people.  Propinquity can mean physical proximity, a kinship between people, or a similarity in nature between things,” according to Wikipedia. Propinquity happens in public spaces – on the street, in parks, public transportation and city squares. High-rises diminish people’s participation in public spaces and therefore diminish propinquity.

Living in a high-rise creates a very finite and encapsulated world in and of itself. The high-rise becomes your world, especially one which may include a restaurant, market, gym and other amenities. You never have to go outside or encounter other people. Plus, this phenomenon creates the opposite effect of public spaces. It ensures that people mostly interface with others of the same socioeconomic strata. High-rises literally create silos, on the physical, social and psychological levels.

How could high-rises possibly be sprawl as they take up so little actual land per person? Sprawl is when something is built inefficiently and takes up too much space. With high-rises, they take up too much vertical space for something (in this case dense housing) that could be achieved with much less height.

Think of the South Waterfront in Portland, a sea of speculative high-rises that largely remain empty. Not unlike suburban sprawl that promotes isolation and is often devoid of people on the streets, high-rises offer up the same problems, but just from a vertical perspective. Plus, not unlike the vast swaths of suburban tract homes that are built during an economic bubble that often end up empty, high-rise real estate bubbles can prove to be just as unrealistic.

According to Suzanne H. Crowhurst Lennard, co-founder and director of the Making Cities Livable International Council, “the construction industry is a powerful engine for fueling economic development. Tall buildings offer increased profits for developers. However, the higher a building rises, the more expensive is the construction. Thus, the tallest buildings tend to be luxury units, often for global investors. Tall buildings inflate the price of adjacent land, thus making the protection of historic buildings and affordable housing less achievable. In this way, they increase inequality.”

On the other hand, says Making Cities Livable, “small footprint shops and apartments in a fine textured urban fabric yield smaller profits, spread out among many individuals and businesses in the community. Over centuries, this human scale urban fabric has proved to be adaptable to changing political and economic times, making the community resilient, and durable. The City of Paris, with buildings no taller than 100’, supports continuous retail along the street, making every neighborhood walkable.”

6. Are High Rises Even Green?

Contrary to public opinion, which thinks high-rises must be sustainable because they allow for so much density, Patrick Condon of the University of British Columbia says that high-rise buildings are not green at all. He says, “high-rise buildings are subject to the effects of too much sun and too much wind on their all-glass skins. And all-glass skins are, despite many improvements to the technology, inherently inefficient. Glass is simply not very good at keeping excessive heat out, or desirable heat in. Our high-rises, according to BC Hydro (the province of British Columbia’s main electric utility) data, use almost twice as much energy per square metre as mid-rise structures.”

7. High Rises are not good for your health

This assertion may sound laughable to some, but the effects of the high-rise on mental health have been researched and documented. Psychologist Daniel Cappon writes in the Canadian Journal of Public Health that high-rises keep children and the elderly from getting the exercise they need. The extra effort it takes to get outside encourages people to stay at home and flip on the TV. High-rises, he says, also deprive people and especially children of “neighborhood peers and activities.” And he believes that the level of alienation and isolation, things that have been proven to negatively impact health and even shorten people’s lives, increase with the height of the building.

“What is there to say? We must have the incontrovertible evidence and the mechanism whereby the high-rise leads to the low fall of urban humanity. Meanwhile, we must not go on blindly building these vertical coffins for the premature death of our civilization.

What shall we do instead while we are wanting to learn the ultimate facts? We can satisfy the economy needs for high density per land acre, which of itself is not likely to produce ill health, while restricting height and redistributing spaces in terraced, human-scale fashion, supporting social confluence and relationships or, at least, not impeding the nurturing of precious human resources.”

Photo Credit: Photo by “Kornhill 2008” by Baycrest – Own work. Licensed under CC BY-SA 2.5 via Wikimedia Commons

Tags: high-rises, jan gehl, livability, portland, social capital, social interaction
« Reclaiming Urban Space for People with the Picnic Blanket Effect  |  5 Things that Architects Will Never Tell You or They’d be Out of a Job »