I’m a writer, an architect and a lover of all things urban. But mostly I am interested in how the built environment affects people.

I was born in Maputo, Mozambique and am ethnically Indian. My family moved to the States when I was eight years old and we lived in Indianapolis during our first formative years as immigrants. A little while later we moved to Phoenix, where I completed high school and started my education as an architecture student at Arizona State University. I received my BSD in Architecture and my MArch there and began a career as an architect by working on commercial buildings in small and large firms. I lived in Pittsburgh for a year working at a large national firm there after graduate school and then came back to Phoenix. Back in Phoenix I began working at a large local firm doing healthcare architecture. At this large firm, I got a superb education into the systems and the processes of the practice of architecture. While at this firm, I also got my architectural license and I got married.

In 2009, I left architecture to do something to help make the world a better place. During this time, along with my then husband, I rehabilitated two duplexes. I did some architectural projects on my own and in partnership with some friends. I also became a community activist and started this blog and unwittingly launched my career as a freelance writer. I began writing full time and for pay for local and national online journals about architecture, urbanism and sustainability.

In 2017, I made the move to the bigger, more urban, and more racially diverse city of San Francisco. I live a car-free life in the Haight/Cole Valley neighborhood with three grocery stores, a yoga studio, a pilates studio, countless restaurants, several coffee shops, the magnificent Golden Gate Park and many bus lines and the train within close walking distance. My workplace, a small architecture firm specializing in hospital renovations, is a short bike ride away. While San Francisco is beautiful and extremely livable, it is also a city that is rapidly gentrifying, becoming more homogenous as it residents of color, elderly residents, and families are getting pushed out of the city because of high housing prices, and a place that is struggling to cope with its out of control income disparity and resulting homeless problem.

On this blog I write about cities with a social justice lens. I also delve into some musings about the practice of architecture, but always from the perspective of how it affects practitioners, our clients and the end users. My deepest interest lies in how the built environment – cities, buildings, and spaces – can ultimately be used to cultivate community and human connection.

I hope you enjoy what you read and make your voice heard in the comment section.

For more of my writing, check out my articles at Redshift. 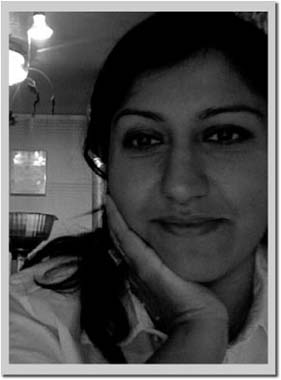