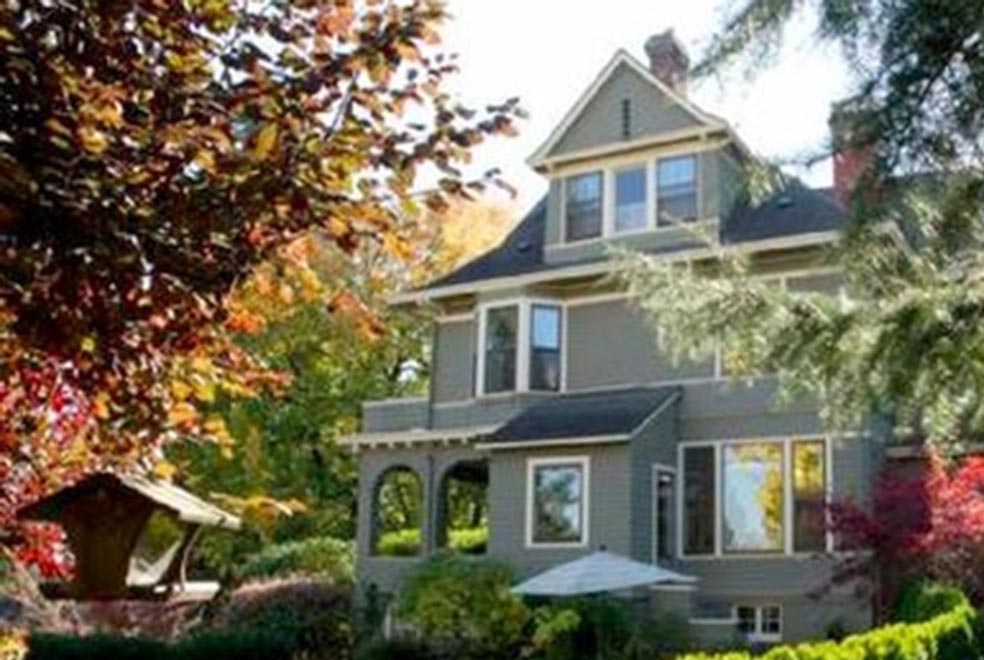 Emotions have been running high regarding the purchase and now possible demolition of an 1892 historic home in the Willamette Heights neighborhood in Northwest Portland. Neighbors and concerned Portlanders are enraged that someone could buy this historically significant house merely to demolish it and build something new on the site.

Kevin Rose, a Google executive and millionaire, and his wife bought the house on February 28th for $1.3 million. The house was one of the first in the neighborhood, built in 1892 by the Montague family, which was prominent in early 20th century legal circles. The house clearly has historic value and was even on the local historic property inventory. But unfortunately, it’s designation was withdrawn to make way for the demolition permit, which was granted last week.

There was a petition written admonishing the Roses for wanting to demolish the home and pleading with them to change their minds. The petition threatened neighborhood protests if they went ahead with the demolition and chillingly predicted a bitter future for the new home implying it would reviled by the neighborhood. “Nice as it (the new house) might be, it stands out oddly in the neighborhood. There’s a family there, sometimes, but they don’t enjoy the neighborhood, as they don’t interact with it” reads the petition.

Let me take this opportunity to say I think the preservation of historic buildings is extremely important to our cities at present. If we systematically tear down historic buildings and neighborhoods, we are left with nothing but a sterile, meaningless and desolate landscape that denies our history and severs the connection with the people and places that have come before. And the demolition of a house that was on the historic property inventory is especially sad and a huge loss to the neighborhood and to the city. I believe that there should be stringent laws around preserving important historic properties, laws that cannot be revoked and laws that have teeth. But alas, the US is a private property-oriented country and our historic preservation laws are watered down and symbolic at best. Even a place on the National Register does not guarantee preservation, as someone can still demolish the place if there are no federal monies attached to it.

But we need to revise our tactics…

But as it stands and with our current laws and regulations, the Roses have done nothing against the law and are completely within their rights to demolish this house. According to them, they didn’t come into this property thinking they were going to demolish it. “Our plan was to do a massive remodel, essentially changing the layout of every floor. That said, one of the reasons we were attracted to this home is that we felt it “had good bones,” and could handle the updates. Unfortunately we drastically underestimated the level of work required to bring it up to date. […] We were shocked at the price tag for repairs and remodel, which totaled much more than we paid for the house and far, far more than it would ever be worth,” said Rose in his response to the petition.

Is this true? Did they honestly intend to renovate it and were forced to demolish it because of the prohibitive costs of saving it? We will never know for certain but we don’t have reason to believe otherwise. And would it have been possible to save the home and make it livable for a lower cost than what it would cost to make it into a modern mansion with all of the latest amenities and features inside the historic walls of the old home? Probably. But the Roses didn’t deem this to be an option, apparently. And yes, the preservationist in me cries foul at the Roses’ contention that it wasn’t financially feasible to save the house. Their assertion could definitely be contested.

However, the fact remains that the Roses bought this house fair and square with the intention of living in it. Could he and his wife have made a more sensitive decision that somehow preserved that home which will be lost forever? Yes. Were there options on the table where they could have feasibly pursued this option without losing money? Yes.

Just today, a cash offer per their requirements was made to the Roses for the price they bought it for plus expenses to take the house off their hands. But fences have been put up and demolition equipment is set to arrive tomorrow. The Roses have not yet responded to this latest offer.

The Roses intransigence thus far has not ingratiated them to their neighbors or to other Portlanders antsy about losing the character of their city to the whims of wealthy Californian transplants. But it doesn’t justify the neighbors reaction to the Roses that amounts to vilification, osterization and separation. The Roses aren’t so different from the rest of the Willamette Valley residents, says one such resident, Miranda Weigler, in her heartfelt and courageous response to the ordeal. “We vilified a young couple internationally, and for what? To save a house? To ‘protect’ our community?” asks Weigler.

The common good vs. the bottom line

When I lived in Phoenix, I was deeply involved in the battle to save the David Wright House from demolition. It was a similar situation where someone bought the home fair and square and wanted to tear it down to build new homes on the property. The difference was that the people who bought the David Wright House (designed by Frank Lloyd Wright) were developers who never intended to live in the neighborhood but who treated the property as if it were an empty lot on which they could maximize the number of homes they could sell. Their plan was to demolish the world-renown David Wright House (which had at the time zero protections from with National, State or City historic designations) and to put 3 tract homes on the lot. This was a clear case of where the common good, i.e. the preservation of a unique masterpiece, outweighed the profit motives of the developer.

The situation with the Roses is a lot more nuanced. It could be easily argued that the historic value of the home in question does not compare with the historic and architectural value of the David Wright House. (Though I don’t mean to diminish the importance of the Willamette Valley house and neither do I mean to imply that a house has to be designed by the greatest American architect who ever lived to be considered worth saving.)

Plus, the Roses are not developers, they are prospective residents. They are not a ruthless corporation or a corrupt government. They are just individual people. And they never meant to develop this property, but to live in it. As such, they were faced with the realities of renovating a historic house and bringing it up to snuff and realized that financially it didn’t pencil out.

So the beef with the Roses is that they didn’t choose preservation over their personal bottom line. Of course I would have made a different choice and I would have preserved the building. But at the same time, I can’t publicly shame the Roses for making a decision that is, if not admirable, at least understandable.

The Good that Came out of this Preservation Battle

But even though the protest and the battle against demolition weren’t handled with the most tact or even effectiveness, it has been important. Even though the issue was hijacked by sensationalist media, it’s important that it got the attention it’s getting. And even though protestors may have lost the battle and the house may ultimately be demolished this week, it is important that they put up a fight, even if it was too vitriolic and combative. It’s important for people to know that Portlanders do care about their historic properties and that developers and new homeowners should beware and keep their wrecking balls at bay.

It’s important for the community to register a complaint against what they think is a selfish, inconsiderate and damaging decision to their city. It’s important for people to speak up to protect their neighborhood and their city. It’s important for people to feel empowered enough to speak up, even in the face of lots of money and the inevitability of not having the law on their side. I would love to see this sort of engagement and protest continue in Portland, but I also think it should be tempered with respect, consideration, inclusivity and ultimately love for all people, including those we disagree with.