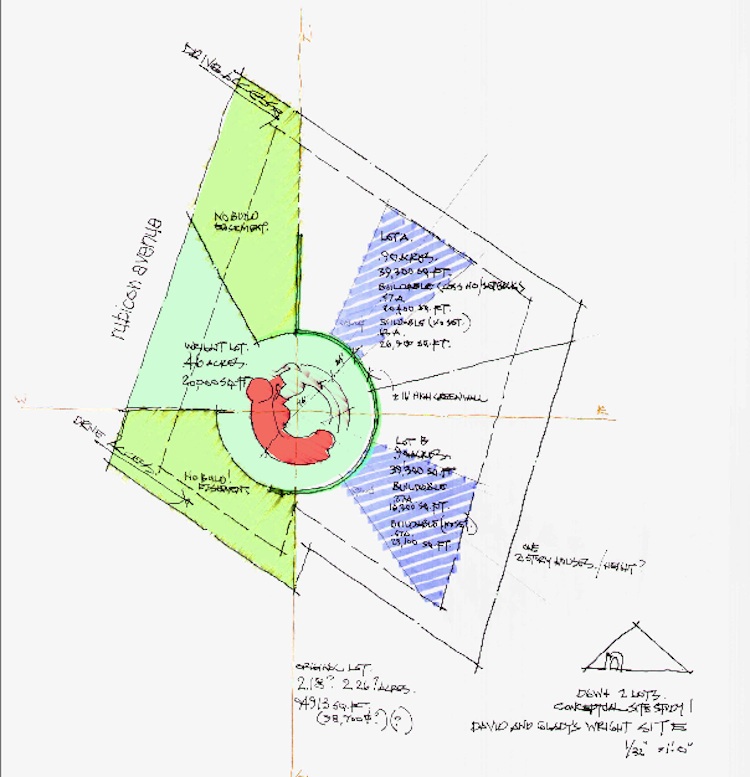 I had a feeling it was too early to celebrate. Many media outlets reported two weeks ago that a preservation-minded buyer had purchased the David Wright house from the existing owner – 8081 Meridian – who wanted to demolish it in order to build two McMansions on the site. This meant that the house was going to be saved for sure. Why? First, the new owner had no plans to demolish it. And second, the new owner would most likely give his permission for the city to put a landmark designation on the house.

But alas, the Business Journal reported yesterday that this new buyer, this anonymous savior, has backed out of the deal during the inspection period, leaving the house once again vulnerable, and once again on the market for $2.38 million.

With our hearts in our throats, we ask – what does this mean? For one it means this house is still in the hands of 8081 Meridian who has consistently lied and manipulated public opinion to garner sympathy for their case. And who at the end of the day just want to make a pretty penny off of the angst of people who want to preserve this great work of architecture. Steve Sells, a partner at 8081 Meridian, said at the Planning Commission meeting in October that he had never heard of Frank Lloyd Wright because he grew up poor. And to play on the Commission’s emotions even further, he said his partner John Hoffman had undergone some medical problems and that Sells felt compelled to do right by both their families.

Nevermind that Sells’ and Hoffman’s company 8081 Meridian had the wherewithal to buy this piece of property in Arcadia for $1.8 Million in the first place. Yet Sells tried to make the case that the only way he could feed his family is by demolishing the iconic David Wright House and building two McMansions on it. And he tried to make the case that if the City put a landmark designation on this house that it would be impeding 8081’s right to profit from this property.

Nevermind that the City convened a group of top-tier architects, including Will Bruder, Eddie Jones and Frank Henry, and other professionals to come up with viable plans where 8081 could make the same profit as they originally planned while still preserving the home and developing the rest of the site with two additional houses on it. An architecturally-appropriate and lucrative plan was created and presented to the owners, one that had the city’s full backing and would easily be approved through the various permitting stages. But 8081 wasn’t interested in being a responsible developer. They saw an opportunity to make a quick buck when they saw the world-wide outpouring to save the house and they raised their price from $2.1 Million to $2.38 Million.

My prediction is that this house will ultimately not be torn down. There are way too many people from all around the world scrutinizing it. Steve Sells and John Hoffman would not dare to tear it down and risk the infamy and disgrace of doing so, no matter how cavelier they may act in an attempt to gain leverage. Sells may have never heard of Frank Lloyd Wright before (which I don’t believe for one second) but now it’s all he hears about and will hear about if he messes with that house in any way.

Though this particular buyer fell through, another one will take his place, no doubt. Whether or not it will happen before December 5, when the City Council is set to vote for the house’s landmark status, is still up in the air. But the Council can’t put the fate of this house wholly on the process of finding a preservation-minded buyer. It MUST act on behalf of preservation and designate it with landmark status (which will protect it from demolition for 3 years) regardless of the owner’s permission. This house is entirely too significant to do anything other than that. The owner’s permission is not legally required for landmark designation, it is just something the council always seeks and has denied historic preservation overlays time and time again because owner permission was not there. The recent demolition of the St. James and Madison Hotels in the Warehouse District is partially a result of a previous Council’s refusal to designate without the owner’s permission. We must draw the line now with the David Wright House. We must protect it with every tool we have available to us, including landmark designation without the owner’s permission.

A vote from the Council would mean that even here in the Wild West where individual property rights rule, we have some semblance of law and order and we value some things beyond a developer’s right to do what he wants with his property. It would mean that we value irreplaceable, one of a kind, and globally-recognized works of art and architecture above individual property rights. Is the City Council brave enough to do the Wright thing on December 5? Let’s make sure they are.

Please contact your Councilperson and let them know that you want them to put a landmark designation on this house regardless of owner permission.

Image Credit: The plan that was created by the team of architects, led by Will Bruder and convened by Mayor Stanton’s office, that would yield 8081 Meridian the same profit as tearing the house down while leaving it intact. Image courtesy of Will Bruder.