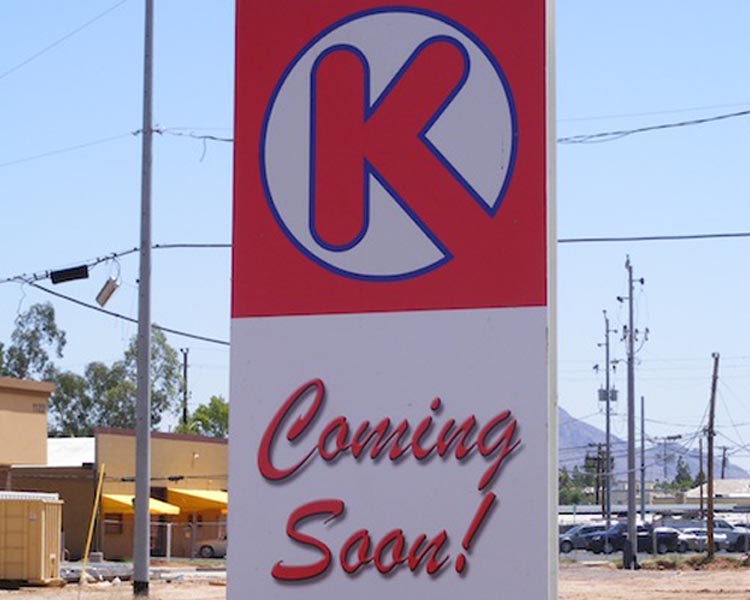 Concerns Regarding the Proposed Circle K on Roosevelt and 7th Street

8 Comments
Tweet
Circle K is proposing a new 16-bay location on the southeast corner of Roosevelt and 7th Street. There will be a public meeting regarding a use permit for the alcohol sales of this new Circle K tomorrow, Thursday September 27th, at 9am at Assembly Room C of the Phoenix City Hall on 200 W. Washington Street.

Kevin Rille, President of the Evans Churchill Community Association, is concerned about this new Circle K in his neighborhood. Below, he tells us why:

Blooming Rock: Do you think that the proposed Circle K is good for the neighborhood?

Kevin Rille: It was well stated by a Garfield resident at the Garfield Organization board meeting last night, and I’m paraphrasing, the plan for the Circle K is certainly a good plan for a Circle K but it isn’t a good fit for the neighborhood.

Kevin Rille: The main reason that I keep hearing over and over again is the crime and accompanying negative element that the liquor sales at Circle K attracts is a detriment to the surrounding neighborhood.  There is a recent study that was done by ASU which certainly seems to support this case which I encourage people to read.  Furthermore if you look at the police call statistics, there is a much higher amount of calls to Circle K.  In fact, the existing Circle K had more than double the calls over the first 8 months of 2012 than the Sinclair just up 7th Street which also sells beer and wine. People who have been here much longer than me and really know the history say that Circle K and others surrounding downtown have always been a problem for residents so why would the city support that history of bad behavior by putting up a bigger one?

Blooming Rock: What would you rather see?

Kevin Rille: Frankly, this is the most interesting discussion and where I feel the most confusion lies. It is understandable that anyone can see the existing building and business that has been on the SEC of 7th St and Roosevelt for many years isn’t what the city or its residents want. I can’t imagine many people would see otherwise.  But, when people argue that the only option is this much larger Circle K or the existing site, I think they are missing the bigger picture.  (The bigger picture) is that the City of Phoenix has been really great and has spent around $1 billion dollars in downtown and many millions of dollars in the Garfield neighborhood and we are seeing the real fruits of all that turning out today with new projects like Roosevelt Point and Hance Park improvements and the Roosevelt Streetscape. These are seemingly better comparisons, especially when you consider that this corner is going to be one of the few key entry points into Downtown Phoenix for the next 40-50 years.

Blooming Rock: Is there anything Circle K can do to make the project more appealing and acceptable to the neighborhood?

Kevin Rille: Absolutely yes, the downtown community is vastly under served and needs a local and walkable grocery where people living in Garfield and Evans Churchill don’t have to drive over the freeway to shop. And, to be clear, Circle K has been proposing all along that if the new store in built it would have fresh produce and more food options to best serve the community. This need has been an ongoing discussion on many levels downtown and will continue to be until it is met. The only objection at hand is the sale of alcohol, hence the use permit hearing.  Many people have asked for Circle K to create a local downtown food market, how great would that be?

Photo Credit: Photo of the Circle K sign of the 16-bay location on Indian School and 11th Street. Photo by the author.