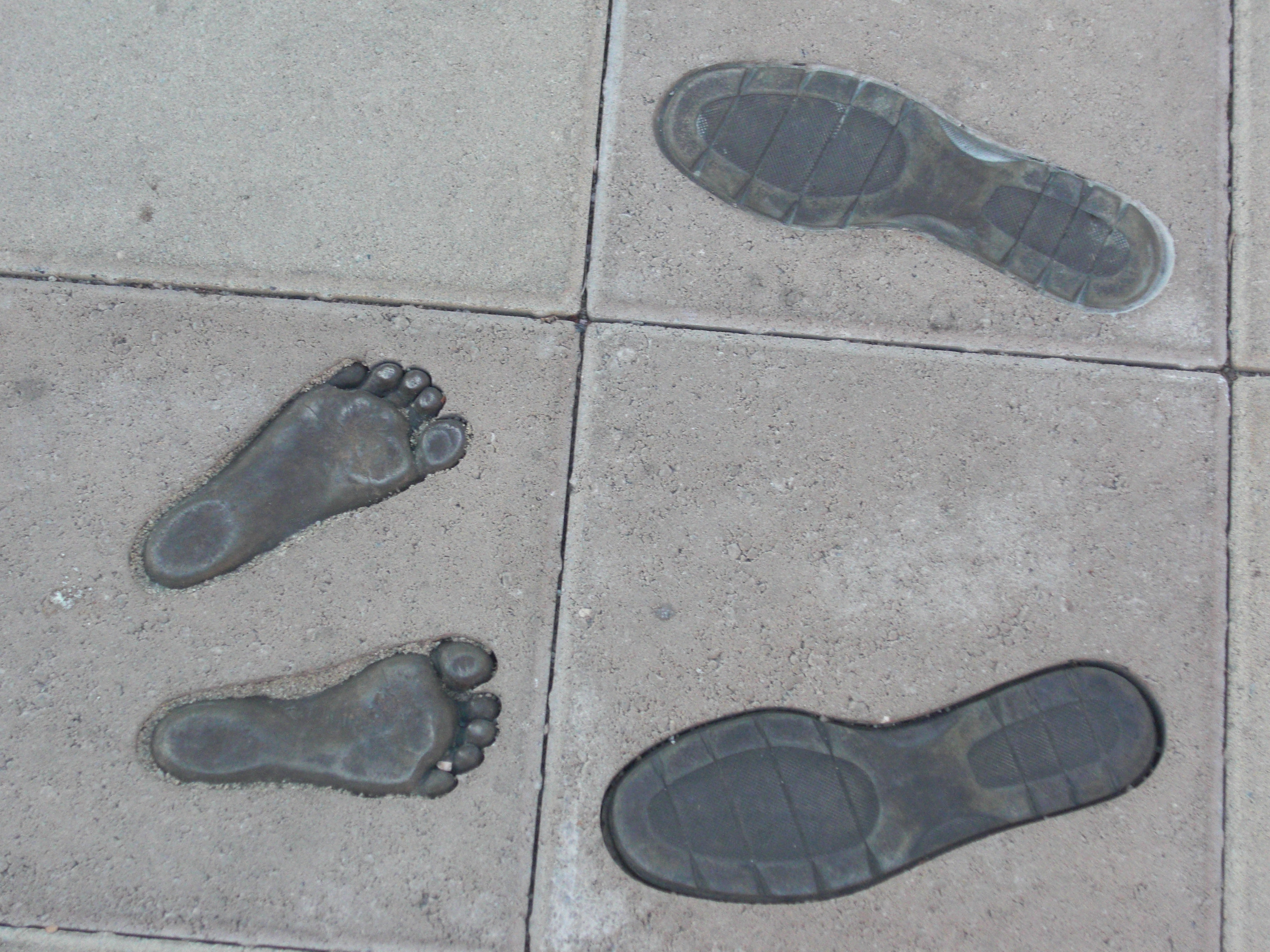 Children and the City 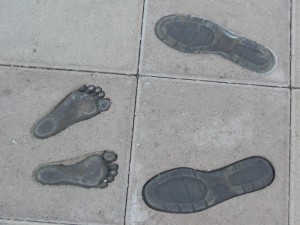 Today’s post is by guest blogger David Bickford, PHX Rail Food blogger.  I first met David at a Radiate PHX event and I’ve run into him several times around town at places like the Public Market and Lola’s on Central. Sometimes we have time for a great conversation but usually, David is on his way to pick his little girls up after work.  He’s one of the few people I know who is an urban dweller that has kids.

David works in a managerial position at a Phoenix-based institution of higher education, but his hobby is PHX Rail Food, a restaurant review blog devoted to good eating along the light rail line that connects Phoenix, Tempe, and Mesa. In this post, David attempts to reconcile his urbanist sentiments with his role as the father of young children.

Every parent has certain memories of hearing one of their children say something that makes it clear that something has gotten through. I had such a moment the other day when my older daughter, who is weeks away from her fourth birthday, told me, “Dad, the train takes us so many places: big buildings, the art museum, the library, the farmer’s market, the puppet show theater…” Considering that she cried through her entire first ride on light rail two years ago (most likely due to fatigue rather than anything about the train), that statement meant a lot to me.

I live with my family in a neighborhood of Phoenix near the base of Piestewa Peak. It’s well within Phoenix city limits, but predominantly suburban in character. We’re situated about halfway between Downtown to the southwest and the Paradise Valley mall area to the northeast. When my wife and I bought a home in the area in early 2004, we did so primarily for the central location with good access to the 51 Freeway. It also helped that the house we bought is right across the street from a trailhead in the Phoenix Mountains Preserve.

For the first few years in the area, we were just as likely to drive east into Scottsdale than we were to venture south into Central Phoenix. Some time around when our first child was born, though, some long dormant urbanist sentiments began to resurface in me. Maybe it was seeing construction finally begin on light rail or maybe it was hearing about so many interesting, independent, and unique business opening in Central Phoenix, but for some reason, my interests began to focus on the neighborhoods south of us in the core of the city.

The timing might seem ironic because normally the birth of the first child is what motivates a couple to move farther out into the suburbs. In addition to the normal concerns with school quality and safety, there is a widespread perception that the more suburban an environment is, the more welcoming it is to children. An acquaintance who had once been an urbane, child-free resident of a city with a hip image told us that she and her husband had decided to move their family to Gilbert because it’s a place “all about kids.”

In a way, that’s true. In outer suburbs, I would imagine the majority of households are families with school-age children. Whenever we’ve wanted to buy something at a big box store like Babies R Us, we’ve had to make a drive to northeast Phoenix. Likewise, we hear routinely from friends in Ahwatukee and Chandler about all the child-oriented gyms and play spaces that caters to families there. Those portions of the metropolitan area certainly have no shortage of chain restaurants with kids’ menus and crayons on the tables.

Do all those suburban attractions mean that my children are missing out by living in a neighborhood that is not as obviously child-centric? I can’t say for sure, but I will say that since their arrival, I have, with the support of my wife, made every effort to make sure they have experiences that more than compensate for not having a Gymboree down the street. The biggest advantage in our favor: By living on the edge of Central Phoenix, we have good access to the major cultural institutions of the city’s urban core.

Some of those attractions are ones that cater to children: The Children’s Museum of Phoenix, the Great Arizona Puppet Theater, and Valley Youth Theater are obvious examples. Others, including the Phoenix Art Museum, the Heard Museum, the Burton Barr Library, and the Arizona Science Center, address all ages but have special spaces and programs geared toward youth. Of course, our weekend adventures are not limited to Phoenix proper. Tempe and Mesa are linked with Central Phoenix as part of the light rail corridor. There, we attend festivals at Tempe Beach Park or visit the Arizona Museum for Youth and the Arizona Museum of Natural History.

Just as important as the destination is the mode of travel. I’m not someone who can talk about raising children in a car-free household. In fact, the majority of our children’s travel, including their commute to and from day care, is via car. Nevertheless, I think it’s important for them to grow up understanding that not every trip has to involve a private vehicle. For that reason, the Central / Camelback light rail station has become our gateway to Midtown and Downtown. If we’re headed south of there to any of the institutions mentioned above, it’s likely that our trip will be via train.

My hope is that if the kids grow up associating the train with fun places and events, they’ll be more likely to consider public transit in choosing where to live, go to school, and work as they grow up. Of course, that reminds me that I’m sometimes asked if I intend to move Downtown given my interests. The short-term answer is no. I like our neighborhood school and hiking trails too much to give them up right now. Nevertheless, maybe when the children are in high school and old enough to take public transit by themselves, our preferences will change.

Until then, I try to give my children the best of both worlds. They have plenty of opportunities to enjoy themselves at our neighborhood playground, and birthday parties with bouncy houses are a way of life. At the same time, I think they’ll know their way around the area’s major museums long before a school field trip takes them to those places. If my daughter can go in just two years from crying during her first light rail trip to telling me how much fun the train is, maybe there’s hope for us all to change our thinking about cities and children.