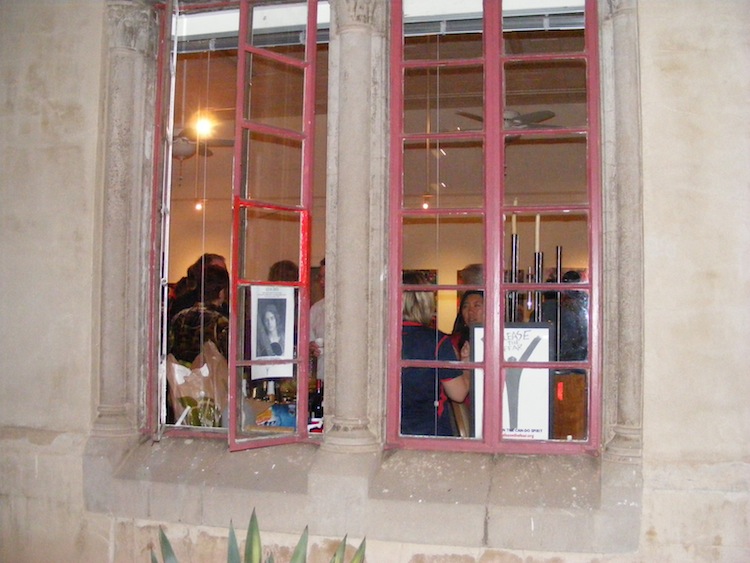 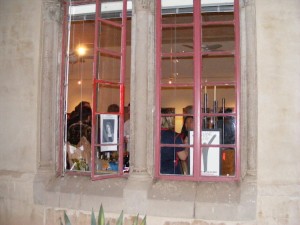 This Saturday, there was a buzz of activity inside a building that is otherwise pretty quite on most nights

This building is the historic First Baptist Church on 3rd Avenue and Monroe.  Usually the Church, built in 1930, sits all alone, towering over Phoenix, in great disrepair but in full possession of its dignity.  Remarkably, it’s been saved from demolition despite being brought to its knees due to a fire in 1984.  This might have something to do with the fact that Terry Goddard owns it.

So what was the infusion of life this Saturday?  It was the 10th monthly Places, Spaces and Faces Community Dinner and Robert Miley, the artist behind Release the Fear, was kind enough to host us in his organization’s studio in this building. I’ve written about PSF Community Dinner before, but this past Saturday’s opened my eyes to the power of social media to create community.

There were lots of new people, some that have been coming since the inception, and a few that have been to at least one or two other PSFs.  During introductions, we all said how we had heard of the dinner and an overwhelming number said that they had heard of it online, either through Facebook, Twitter, this blog or some other online venue.  In fact, there were some people there that I’ve been in touch with online, but I had never met in person.  For example, I finally got to meet Diane D’Angelo in person, after months of getting to know each other on Facebook.  She told me how much easier it is to first meet someone when you already pretty much know all about them through Facebook.

At the end of the dinner, when we were wrapping up and people were saying goodbyes, first timer Luis Salazar remarked to me that no one was lost facebooking on their phones or had their heads buried in their laptops.  He pointed out that people were actually present, talking with one another in real-time, face to face, right there and then. It was a great opportunity to actually be with other people, sans the enticing blue glow of a computer or phone screen.  While social media certainly played a role in making the event possible, it quickly fell out of the picture once people got together and started exchanging stories, smiles, knowing nods and laughter and otherwise enjoyed each other’s company.

The beautiful thing about the Community Dinner is that it embodies both the power of social media and the power of real social life at their best.  Without either element, a community would not come forth.  I would not have met the sheer variety of people that came to the Dinner were it not for the connecting powers of social media, but then I would not have really connected with them in a meaningful way were it not for the Dinner.  It may be that here in Phoenix, a place that inherently lacks community and breeds isolation, the advent of social media might be the most effective and powerful way of bringing people together.  And once people are together in the same space, a lasting community blossoms from the handshakes and hugs and the passing of the ladle.

« Children and the City  |  Finally, Sustainable Landscape Standards for the Southwest! »