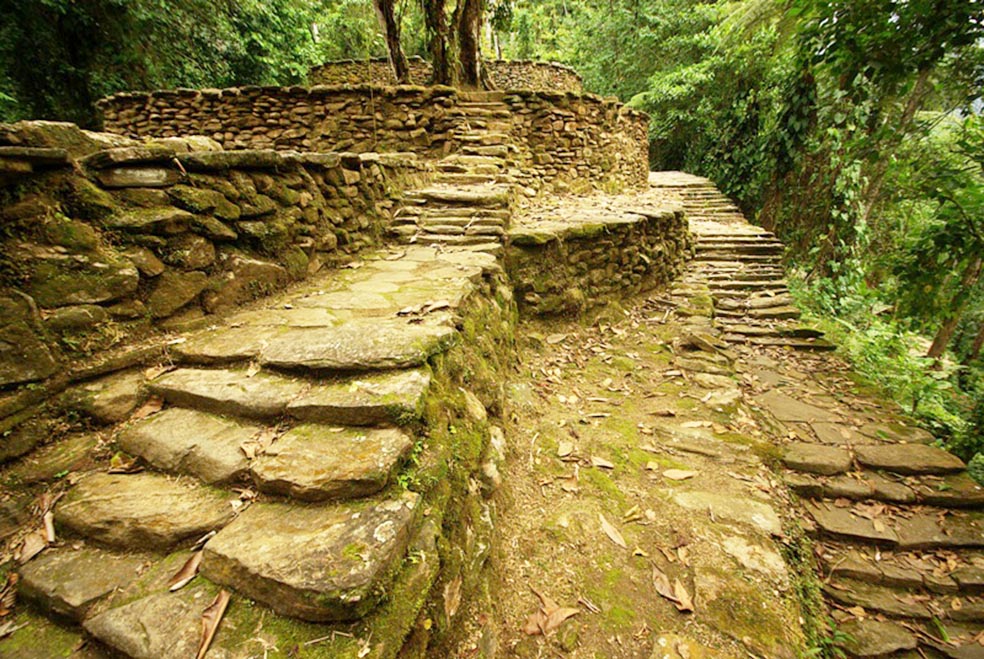 Architecture as if People and the Planet Mattered

Last week I watched a Peruvian documentary on the lives of local musicians called I’m Still, screened as part of the Portland International Film Festival. It displayed stunning imagery of mountain-top villages in remote areas of the country where indigenous musicians played their violins, harps and guitars and sang folk songs. I was struck by the indigenous architecture of these villages, which comprised of hand-built stone masonry walls and clay tile roofs. They were beautiful buildings built by families generations ago, perfectly scaled to Peruvian human proportions and completely fitting of Puruvian native lifestyles. Moreover, they blended in with the mountains they inhabited, being made mostly of materials found on the mountain itself built with slow and natural processes that didn’t deplete it or any other mountain or natural landscape in the world.

I can assure you that no starchitects were involved in the design of these villages. It is likely that no architects were involved at all, star or no. The villages were built and designed by the people who lived there generations ago and have since been repaired and added to in the same way, not unlike what is described in Christopher Alexander’s The Timeless Way of Building.

Yet the buildings in these villages are beautiful to the eye, they feel good to their inhabitants, and they have stood the test of time, in contrast with a lot of the buildings produced by modern architecture, which are more about the architects than the people they serve, or worse, more about a developer’s bottom line. A lot of modern day buildings are a result of top-down architectural design that are many times designed by architects that have never even visited the site much less talked with the community that the design will impact.

The process can often look like this: a developer hires an architect to build, say, a strip mall. The developer, not the end users, are the client of the architect. And unless the developer cares about the people that will ultimately use the strip mall in addition to her bottom line, than likely the design of the strip mall will be a combination of cost reduction strategies, code compliance and what in the past has been done with strip malls. The experience of the end user and how the strip mall affects the community and the planet often have little or nothing to do with its design. This is how we’ve ended up with an endless sea of low-quality, automobile-centric and soul-numbing sameness that is our built environment.

I heard from a design architect that projects like the above strip mall aren’t Architecture, with a big A. To him, Architecture is an ultra stylized (and very expensive) one-of-a-kind jewel of a building that is full of “poetry”. Poetry is a design architect’s favorite word. The word is meant to convey the way Architecture can transcend the literal function of a building and evoke a deeper meaning and experience. It is no coincindence that that design architect’s projects consist of very expensive and ridiculously large modern homes sited on virgin desert for extremely wealthy people. This begs the question, is architecture with poetry possible in other settings? Is it accessible to people who aren’t wealthy? And is poetry just about aesthetics or is it more than that? Can excellence in architecture be measured not only in the way it looks, but in the way it helps people and the planet?

Architect Steven Bingler and architectural journalist Martin Pedersen write on this subject in their New York Times article, How to Rebuild Architecture. They ask the question, “at what point does architecture’s potential to improve human life become lost because of its inability to connect with actual humans?” They agree that architects need to reconnect with the everyday people they serve instead of designing in order to be published in an architecture magazine.

What if architects designed buildings as if people and the planet mattered? Maybe a developer would hire an architect to design a strip mall. And maybe that architect would insist on visiting the site and meeting with the people that would shop there and the community where the strip mall is located. And maybe the architect would consider a Cradle to Cradle approach to the building materials and design as if the building were part of the planet and not as if it needs to tame natural forces.

Maybe the building would be designed to cultivate the prevailing wind forces and the way the sun moves on the site. And maybe the design would make the people that use it the main priority and consider questions like, how do people approach the strip mall, by foot, by car, by bike or by all three? How do people move through the strip mall? How we add delight to the experience of the business owners and customers? Is there an opportunity to create community? Maybe the project ultimately shifts from being a traditional strip mall to a more walkable, community oriented shopping center which can go through many iterations and still remain viable for generations to come. Ironically, considering people and the planet has enormous benefits to the developer’s bottom line.

Examples of people and planet oriented design that were good for the bottom line are William McDonough’s Herman Miller Headquarters the Ford Rouge Revitalization. Both of these projects revitalized polluted brownfield sites into thriving natural ecosystems while creating wonderful places to work with so much natural daylight and fresh air that it has helped the companies retain their employees longer. Another example is the work of the late architect and professor Samuel Mockbee who designed residences and structures for the rural poor in Mississippi. A more local example is Mark Lakeman’s architecture firm Communitecture, which has become synonymous with people and planet-oriented design. The firm has also started social movements like The City Repair Project and the Village Building Convergence, which has brought neighborhood-revitalizing intersection paintings and natural building all over Portland.

It’s true that architects can’t save the world by themselves. Like all artists, they need a benefactor to realize their vision. In the architect’s case – that is her client, the person who is going to pay for the project to get built. The architect is always a partner in a much larger team effort that includes the client, the city, other design and construction professionals and the community. But we have to ask ourselves as architects – are we going to be a partner in doing work that hurts people and the planet or are we going to be a partner in fostering good design, as if people and the planet mattered?

*The title of this post is a play on words on the title of the seminal book Small Is Beautiful: Economics as if People Mattered.