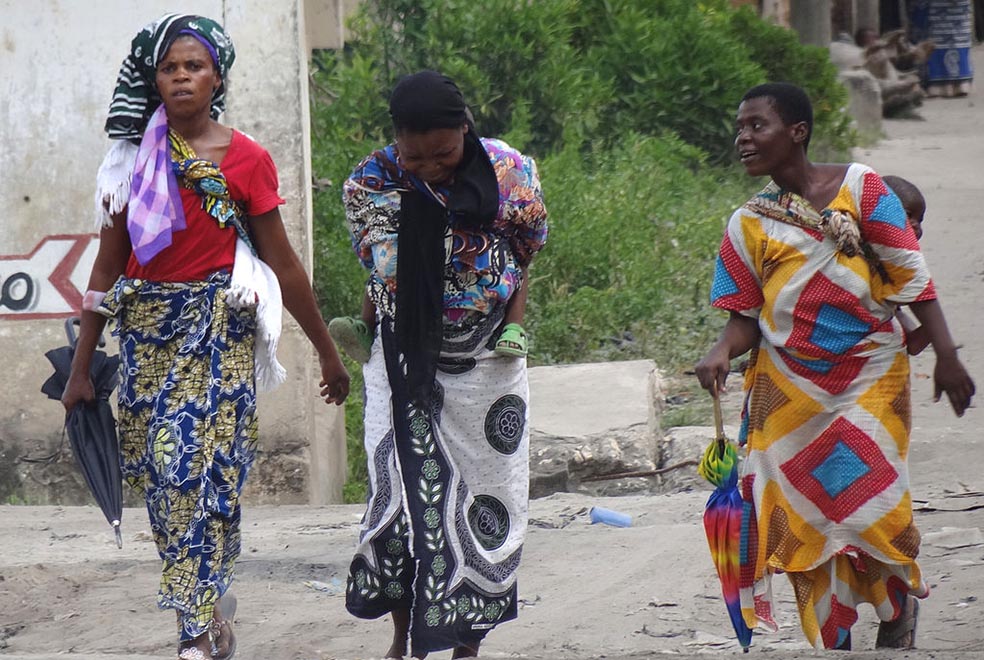 In honor of International Women’s Day, today’s post is about designing safe cities for women.

Even today, many women in the world don’t feel safe, welcome or comfortable being in the public realm. In many places women are still relegated to the confines of their homes with no place in public for them. In places like Saudi Arabia, India, Afghanistan, Iran, Pakistan and other countries, a woman is considered unvirtuous (and a target for harassment or worse) if she even dares to appear in public by herself. Even in cosmopolitan, bustling urban centers like Bombay, “women are at best commuters through public space – moving from point A to point B – they cannot lay claim to the city as citizens,” say Shilpa Phadke, Shilpa Ranade and Sameera Khan in their book Why Loiter?: Women And Risk On Mumbai Streets

Moreover, inadequate urban environments that make life difficult for everyone affect women more acutely. A UN Habitat Report says that, “it is…widely acknowledged that women and girls living in low-income urban contexts are disproportionately affected by safety hazards such as gender-based violence, unstable housing and inadequate sanitation facilities or lighting.” For example, in cities that that don’t have indoor toilets, women face danger every time they go to use a faraway outhouse, or worse, have to go to an informal outdoor “bathroom” where they have little privacy and are vulnerable to sexual harrassment or violence. The safety of women is partly why it’s so important for every country to make it a priority to provide safe toilet facilities for their populations.

Women in developed countries deal with threats to their safety as well. A 2012 poll conducted in London found that 43 percent of young women had experienced street harassment in the past year. In France, a 2013 study revealed that 1 in 4 women experienced fear when in public spaces and that 1 in 5 was verbally harassed while walking on the street in the past year according to Susan Blumenthal in her article for The Huffington Post, Creating Safe Spaces in Cities for Women: A Resolution for International Women’s Day 2014. And women’s fear of going out alone after dark means that, in northern Europe, they confine themselves indoors from 4pm onwards during the winter months, says the Gender and the Built Environment Database. This has a huge impact on women’s ability to engage in employment, adult education, civic and community participation and social and leisure activities.

The number of women that appear in the public realm, during the day and and especially at night, is an indicator of the health of a society and the safety and livability of a city. The more that the built environment is designed with women in mind, the more women will feel safe, welcome and comfortable using public space and the more livable a city will be for everyone.

Below are six key issues that affect women in the built environment:

Safety is the first and foremost priority in designing built environments with women in mind. A Making Places Safer study set in three neighborhoods in London showed that the following made women feel safer:

5. Public places that are occupied by a wide range of people. “The factor that contributed most highly to women’s sense of safety was ‘a variety of/ lots of other people about’; often they would add ‘smiling people’, ‘happy people’, ‘the sound of children laughing’…Designers and decision-makers need to think more about how to attract a wide range of different people to come and enjoy themselves in the public spaces of towns and cities.  One way of achieving this is simply through making such places beautiful – a concept rarely discussed in the context of safety,” the study found.

6. General maintenance. Public places that were run down and not well maintained made women feel unsafe.

2. Make every aspect of transportation safe for women

Transportation infrastructure can have a huge impact on women. Well-lit and well-surveilled parking lots with clear sight lines to the street and the buildings surrounding it are important, especially at night. Train stations, train platforms, bus stations and cab stations that feel safe and comfortable for women are also extremely important. Women-friendly transportation infrastructure ensures that women have equal access to all parts of the city.

Well-lit sidewalks are also an important consideration for a safe and comfortable built environment for women.

Women are often the main caregivers for their children and it is important that the built environment is welcoming to children as well. David Byrne said, “a city that is good for children is good for everyone.” This means our built environment must be built with women and children in mind. Are trains, train platforms and stations and bus stops designed for children as well as adults? If they are, then they will attract more women to use them. Does bicycling in a city feel safe enough for a mother with kids to venture out riding on the streets? If the answer is yes, then it will attract many more women to bicycling and in turn more people to bicycling. “It is understood women are catalysts for safe pedestrian and bicycle friendly design, thus bicycling women help progress the livability of a place,” says the Association for Pedestrian and Bicycle Professionals.

Nursing mothers often find themselves in a quandry when they are out in public and they need to nurse. Often times, they have no choice but to duck in their car, or go into a place where they have to purchase something like a coffee to get a little space to nurse their baby. Safe, free and comfortable spaces for women to stop and nurse their babies in the public realm must be designed into the city. These spaces could simultaneously serve several functions, being rest areas for pedestrians of all walks of life, including children, the elderly, or just someone who needs to rest.

6. Make way for more women in the policy, planning, design and construction fields.

Currently, most architects, planners and policy makers are still men, and this means we are going to get a built environment designed by men for men until we change that. When we get more women at the table, naturally the perspective, the needs and the talents of women can start showing up in the built environment.