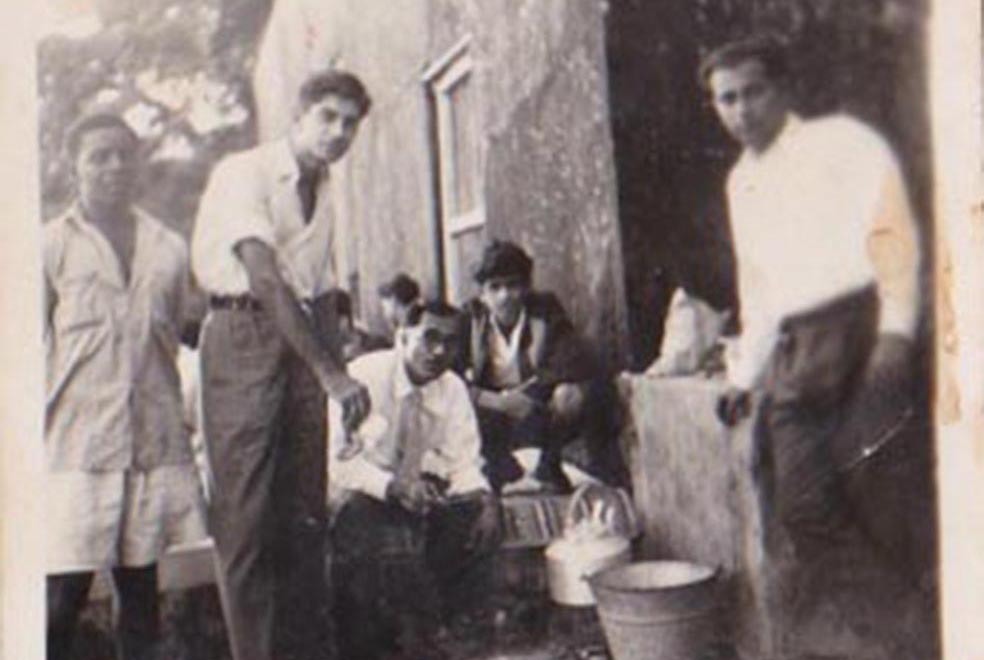 My mother, who grew up in a small village called Koday in the northwest province of Gujrat in India, doesn’t waste a thing, even though she now lives in a nice 2500 square foot house in suburban Chandler, Arizona. She once told me that to save water in 1940s rural India, they used ashes to clean their cooking pots. Now that’s sustainability! Today, she saves all the plastic bags that come as roti packaging for later use, she washes plastic cups and forks and reuses them and without fail, she insists on packing a lunch for every significant outing instead of eating out.

Not only did my mom grow up in a very poor village in India, but she experienced poverty throughout most of her life. She lived in Africa, first with her parents, then with my father, both who earned meager incomes. My mom and dad had eight children and lived in three different countries, and not until recently did they do so under the auspices of abundance. My mother had to learn to stretch a few rupees or meticals or dollars to feed eight children and these hard lessons have defined the way she looks at life.

For example, she cooks large dishes with very little meat, which has always been expensive, but with a lot of broth, potatoes and rice, which are cheap, but filling. Lentils, a nutritious and inexpensive staple, can feed large groups of people on very little money and were a mainstay on our kitchen table growing up. She sewed clothes for me and my sisters, so we didn’t have to buy ready made clothes. And when we moved to the States, we shopped at Goodwill for a very long time, to clothe all of us as we made our way to elementary, middle and high school in Indianapolis.

My mother has passed down these “sustainability” strategies (though she would never think of them in that way) to me, who lives a life of relative privilege. I, who have the opportunity and ability to earn a large income, who does not have to subsist on lentils and rice, nonetheless appreciate the sustainability lessons she’s taught me. The sustainability my mother practices and has taught me is in reality resilience and the ability to live a full and vibrant (and tasty) life without having to consume a whole lot.

Only in societies of abundance does the word sustainability exist, says Nuhamin Eiden, the Resident Services Coordinator at the Portland Community Reinvestment Initiatives. In other words, societies that don’t have much inherently practice sustainability, without calling it such. To them, it is just how to do life. Waste is a privilege that comes with wealth and abundance. Eiden spoke as part of an evening about diversity and sustainability organized by the Village Building Convergence this past Saturday. She talked specifically about refugees who have been exposed to a great deal of hardship in their own countries and who have learned how to live with as little as possible because of those hardships. When those refugees come to the States, a place of intense and overwhelming abundance compared to many parts of the world, they are faced with a completely different ethos.

One of the strongest memories I have of the first few days after we moved to to the Midwest from Mozambique was going to the grocery store and being amazed at the amount of food piled high in the produce section. I remember that I had never seen so much food in one place and I decided on the spot that the United States was paradise. Today, 30 years after having moved here, I am completely jaded at the abundance of the American grocery store, and it has just become the norm. It is precisely this jaded perception of the availability and abundance of food and consumer goods that leads to the waste that this country is also known for.

Instead of teaching refugees and other immigrants to abandon their sustainable practices and appreciation of nature to adopt wasteful American practices in an effort to assimilate, Eiden says that it should be the other way around. Americans could stand to learn from the refugees and other immigrants how to reduce, reuse and recycle in a practical, everyday way. Refugees and immigrants have a lot to teach Westerners in terms of natural building, farming, and natural medicine in addition to innovative ways to save resources.

As it stands, Eiden says, sustainability isn’t at all part of the assimilation discourse. On the contrary, most refugees and immigrants aspire to live the American dream, which includes a big house, a few cars and shopping at the mall. How can we reverse this trend? Eiden says that we must teach refugees and immigrants that though we live in an abundant place, we contribute to scarcity elsewhere when we practice waste and that their traditions are in fact extremely relevant in modern society. Another way is for refugees and immigrants to pass their knowledge of traditional sustainability down to their kids by having them participate and take part in things like cooking, gardening, and mending. I can personally attest to this strategy as a beneficiary of my mom’s low-budget but delicious cooking and pantry-stocking teachings.

Photo Credit: An old photo of my dad with his friends in Maputo, courtesy of the Khatri Family.