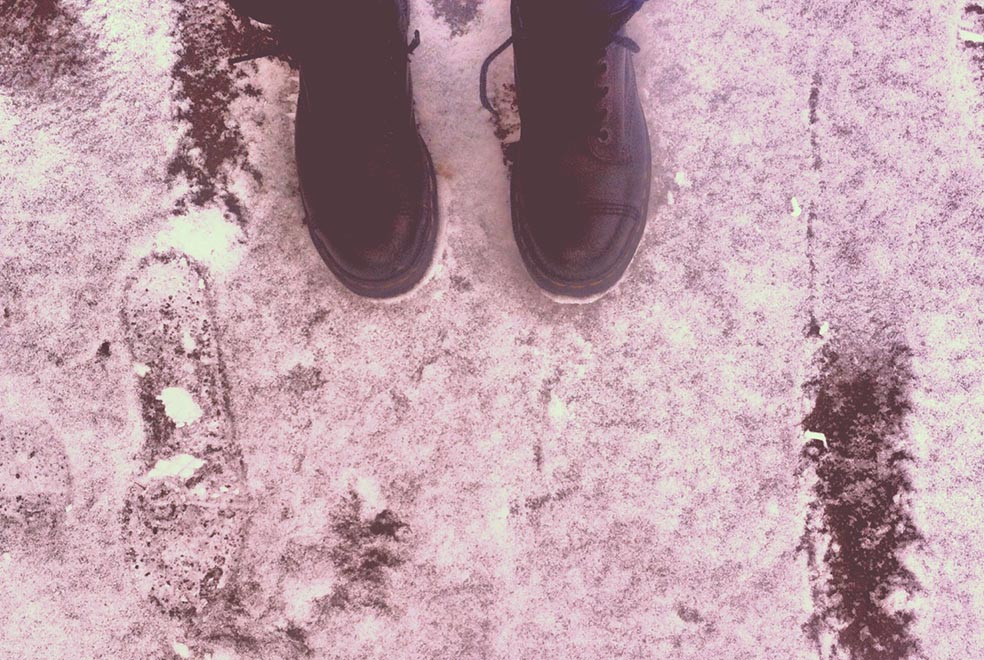 Livability 101: Living Without a Car in the Freezing Cold

Today’s post is the third installment of the Livability 101 Series. Check out installments one and two if you missed them!

What do you do when it’s below freezing, the streets are icy and you don’t own a car? This is a true test of livability in your city. For me, as a newcomer to Portland and never having biked in the snow and ice, the frigid temperatures put a wrench in my normal commuting patterns.

Why biking is out and that’s OK

Biking in below freezing weather when there is snow on the ground is out for me on account of safety. Whenever there is snow on the ground, chances are, there will be ice lurking somewhere underneath as well. Carye Bye, a veteran Portland cyclist who’s been car-free for years, slipped and fell on the ice biking to her studio last Friday morning. Thankfully she wasn’t hurt. But slipping and falling on the ice is a real problem especially when you’re riding next to cars that are whizzing by at 40+ mph.

So with biking out as a mode of transportation for me, I became a little concerned that I would have to become a hermit in my house and not be able to go anywhere. But I found that this is not the case at all. I could either take the bus for longer distances or walk shorter distances. Walking in below freezing weather is more palatable for me than biking, which forces you to brave the breeze in your face.

Thankfully I live in a neighborhood where I can walk to three grocery stores within 10 minutes. I feel like I have pretty much whatever I need (including some retail stores where I stocked up on winter clothing) within walking distance, so I didn’t feel stranded without a car or the ability to bike. I am lucky that I live in a very walkable area. Not all parts of Portland are like this though. (See the Equity Gap section below.)

This is where the bus and train systems shine

So what do you do when where you want to go is too far to walk and you don’t want to bike it? Take the bus or train. As I live in the southeast quadrant, I don’t have a whole lot of access to the trains, but I do have several bus lines close to me that take me almost anywhere I want to go. I usually bike up to the northeast to meet my boyfriend Brian for a bite to eat or for a show. Last Friday though, I couldn’t justify traversing the hilly and icy route up to Brian’s on my bike, so I decided to bus it. It turns out that the bus drops me about a 15 minute walk from his place, so it was great to find a painless alternative to biking. In fact, it was quite nice to sit out riding up the Alameda ridge.

I also took the bus to my friend Jenny’s house for her Christmas party. I would have biked the half an hour to her house had it been warmer, but opted to take two buses to get there instead. The only downside to this was that I missed the bus on the way back home and was stuck waiting about a half hour for the next bus in the freezing cold.

The best way to avoid this is to plan your trip before you get to the bus stop. If you have an iPhone, I recommend getting the PDX Bus app, it allows you to plan your trips and will tell you when the next bus is coming among other useful things. There are countless trip planning apps for other kinds of smartphones, just search for TriMet on your app store. If you don’t have a smartphone, use the TriMet website to plan your trip. If you don’t have a computer at your disposal, you can find individual bus route schedules at major grocery stores or at the bus stops on the routes. You can also buy a schedule book at Pioneer’s Square in downtown for $4, though these tend to sell out quickly after their September 1 publishing date. If you want to plan your bus trip from the warmth of your home or office, give TriMet a call at 503-238-RIDE (7433), they’ll help you out.

Alternatives to the bus

My friend Fiona lives out in the northwest quadrant and she wanted to meet me and Brian for a show in the northeast last Friday. She wasn’t going to face the icy roads on her bike either and there simply wasn’t enough time for her to take the bus, so she opted to get a Car2Go vehicle instead. Car sharing is a great alternative to buses or biking when you’re short on time. With Car2Go, you pay a one-time $35 membership fee, then you pay $0.41 a minute every time you use a Car2Go vehicle. It’s a pretty great deal! You can locate vehicles near you either through the Car2Go website or with the Car2Go app on your phone.

Another car sharing option is Getaround, a peer-to-peer car sharing platform. It is a system where people with cars make them available to others at varying rental rates that range from about $6 an hour to $10 an hour with daily rates ranging from about $30/day to $60/day. Getaround is free to join. You can find available cars near you through their website or through the Getaround app.

A third car sharing option in Portland is the Zipcar. You can join Zipcar for $60 a year and rent available Zipcars for $8-$10/hr or $70-$80/day. As with Car2Go and Getaround, you can find Zipcars near you on their website or on the Zipcar app.

In the last installment of the Livability 101 Series, Hart Noecker talked about the equity gap, citing the fact that people in the outskirts of Portland have a lot less access to public transit, bike infrastructure, and walkable streets than people who live in inner Portland. How do people living in the outskirts of Portland get around without a car in below freezing temperatures, when biking is too dangerous on icy roads? They can always take the bus, but bus service in the outer reaches of Portland isn’t always great. According to Portland Transport, “if you look at the TriMet route map, it tends to resemble an amoeba. There are several arms, of various lengths, and lots of connectivity to the core–but in many cases, no connectivity between arms without traveling into downtown, or routes involving multiple transfers.”

Also – the bus costs money, whereas walking and biking are free. So the sprawling urban design of outer Portland makes it even worse for people without a car, making it too far to walk between your home and the grocery store, for example. And the sparse bike infrastructure in “suburban” Portland makes it difficult for people to bike on a good day, much less on a cold, icy day.

The weather can definitely be an issue when it comes to livability. Sometimes it is too cold and treacherous to expect people to bicycle or even walk long distances. And this is when cities have to step in with transit services to fill the gap. And for those who can afford car sharing programs, those are a good stop gap too.

Tags: car sharing, equity in transportation, livability 101, livability in the freezing cold, portland, taking the bus in portland, transit in portland, urban design, when it's too cold to bike in portland
« What You Should Know About The ROW Development on 2nd Street and Roosevelt in Phoenix  |  Livability 101: Nolli Plans of Phoenix Suburb Depict Isolation and Car Dependence »