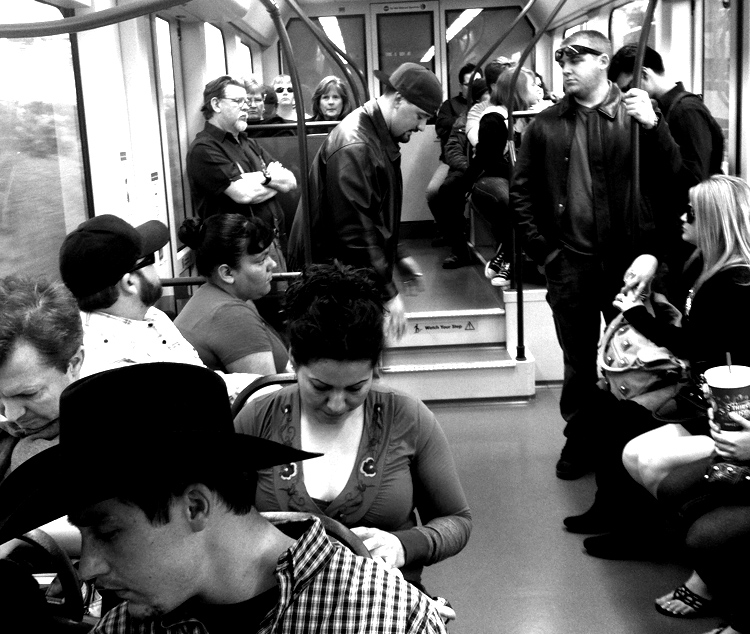 Take Metro Out to the Ball Game

Spring is here, catch it while it lasts.  Seriously, if I was able to maintain my focus, I’d be outside right now, feverishly typing this post on my phone, just to enjoy the 8.42 days of really great spring weather we get.

Actually, if I was really slick, I’d be writing this on my way to one of my favorite spring activities, Cactus League Baseball.

(Confession, I am really slick. Hooray for productive train rides).

Normally I am not a fan of event-based transportation, of the teeming masses that only take the Light Rail from the Park-and-Ride to the arena to see a Suns game, and then complain about how crowded it is, while simultaneously saying how dead downtown is….makes me shake my fist in rage. Likewise, when I have a chat with folks about car-free living and they bring up “oh, I hope they extend the Light Rail out to Cardinal’s stadium”.  The idea of creating an enterprise of that scope just to shuttle people 10 times a year…no, I should really use this as an opportunity to clarify for them how good transit planning makes it easier to be car-free/car-light every day.  (Also, I presume my idea of tail-gating in the space between Light Rail cars is frowned upon.)

That said, I do readily admit that the ability to take the train to the Priest/Washington station and end up at a spring training game has greatly increased my attendance, and my overwhelming desire to not be cooped up in the office each afternoon.

Perks of taking the train next time you decide to ditch that 2pm “strategery think-tank session” your boss called and head out to the ball game:

So maybe not everybody can steal away on a random afternoon and play hooky, but everyone should get out and enjoy some sunlight while it’s not trying to melt our faces off. Next time you do so, take my advice.  Heck, if I run into you, peanuts & cracker-jacks are on me.

Special recognition to Yvette Roeder for the idea. Her suggestion of taking the train out to the ball game for Buzzcation 2+ years ago started a new hobby of mine. Thanks!

Photo Credit: A Friday night on the Light Rail. Photo by Taz Loomans.