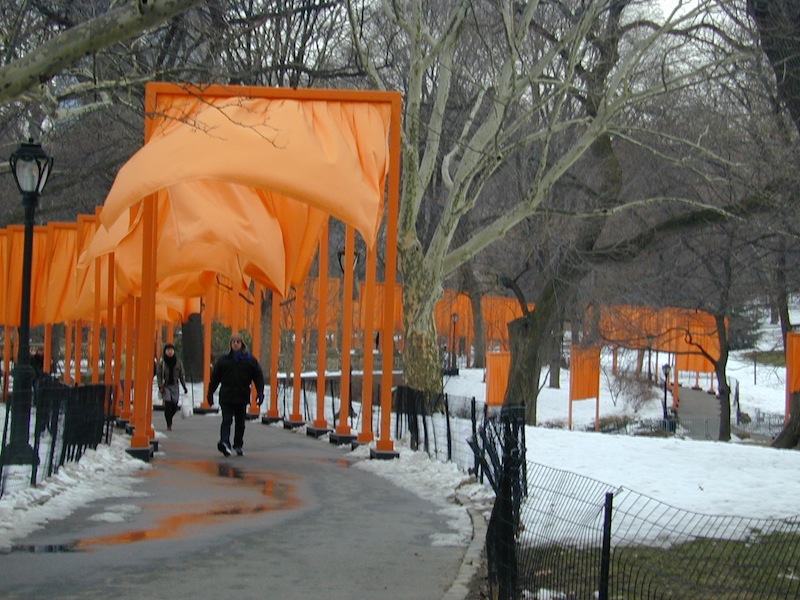 Let’s face facts, cities are incomplete. They are never done. They’re either in a state of expansion, decline or repair. But they’re never complete. Phoenix is still developmentally infantile. At least you’d think that by studying the figure/ground relationship within its urban core. With all the recent discussions about “vacant” land, empty lots, and the like, you’d think Phoenix was some sort of ruin, a former urban battleground, with the remnants of the buildings swept away.

One problem with our mass of urban lacuna is the deadness they promote. Reminiscent of larger urban cities in the ‘70s such as New York, Chicago, and still today Detroit, Phoenix has yet to realize its full potential as a “city.” There are tremendous possibilities and with the right leadership (which we have at the City level but not the State), Phoenix can become an amazing place to live (I already think it is).

I posit there are three types of appropriation: Casual, formal, and guerilla. Casual appropriation is a method of activating space not by ownership, but by use; a temporal urbanism that potentially authors a parcel of land but leaves no traces and does no harm. Like kids playing a game of baseball in an empty lot and then picking up their bases and going home at the end of the day for dinner. No harm no foul.

Formal appropriation, as I see it, deals with actual ownership, authorship, and some sort of use. This is an area which is lacking downtown due to the nature of land banking and real estate speculation. Unless owners activate their land and allow some use to occur, it just sits idle. Some might even say this is an example of blight.

The last method I give is guerilla appropriation, wherein there is no ownership by the group, but there is authorship through intervention and/or actions, and by use. This is becoming a popular means of activating and appropriating space. One such concept is guerilla gardening, where artists and activists look to appropriate public and private spaces by creating landscape interventions, whether plants, sculptures, or performances. Typically the interventions are not harmful, yet add interest to the daily existence of these spaces while creating ephemeral patches in the urban fabric.

There are pros and cons through guerilla actions: On the one hand, they generate discussions of how our city can be improved while adding an artistic element to the urban realm. On the other hand, we should always be mindful of the rights of the property owners.  I propose we work with the property owners, city officials, and activists to combine efforts to find ways of adding value (social value, artistic value, and economic value) through interventions and activities.

Several cities have created ephemeral art projects in the past that have drawn thousands of tourists, such as Denver’s Cow Parade in 2006 where 83 fiberglass cows, each painted by a difference artist, were placed at various points around the city. Phoenix once hosted GuitarMania in 2005 and placed more than 80 larger-than-life Fender Stratocasters (again painted by artists and celebrities) around the city. What if these lots became temporary works of art?

What if there was an annual celebration that coincided with the opening of multiple works of art throughout the city on these empty parcels? How about a festival to be held each spring coalescing art, music, food, film, performances, and a sense of renewal in the name Phoenix?  This could be the next Burning Man, right in the middle of Phoenix. Who’s with me?

Personally I see art as a catalyst for our urban psychotherapy, in order to get out of what some would call a state of hyper-inferiority when gauged against other cities. Phoenix needs to take advantage of one of the one thing it has that many older cities don’t – great weather in the winter. We should be celebrating it, showing it off as much as possible, and hosting thousands of visitors that want to be here when it’s snowing back home. And a great to do that is by creating a celebration that exposes the potential of this future desert city.
Let’s put our minds and energies together and create some positive ideas that can be implemented and make a difference right in our own backyard.

Photo credit: An artist’s intervention – The Gates – in Central Park by Christo. Photo courtesy of the author.

Tags: empty lot revitalization, kirby hoyt, phoenix, urban appropriation
« The RO2 Lot: Beyond the Oatmeal, Beyond the Homogeneity  |  Take Metro Out to the Ball Game »