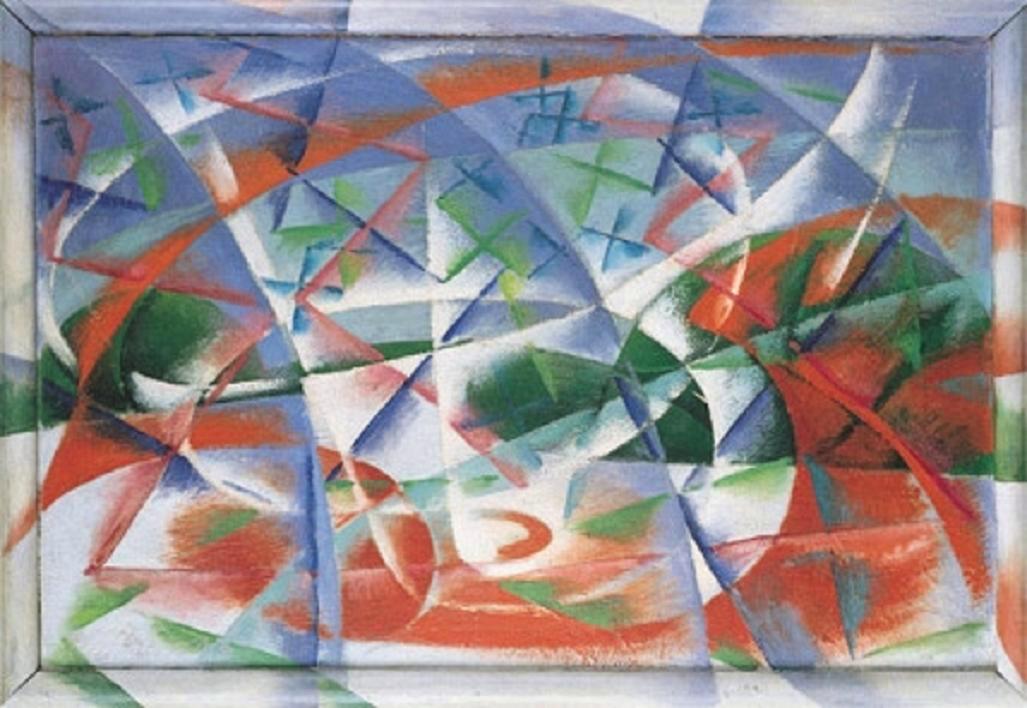 Urban Cycling and the Fetish of Mobility

Phoenix is a great town for mobility. Great swaths of asphalt beckon motorists and the great distances between destinations keep us on the road for a good portion of our lives. In another sense, mobility appears to welcome the hard working and the ingenious, as the relatively shallow roots of society indicate room for ascension and to improve our lot in life. Looking closer beyond the promise of this young city, it begs the question: is anyone really going anywhere? Or, does it matter? For all the focus on transportation and moving people, it seems mobility is as much about fetish, style, and aspiration.

There are a number of streets in Phoenix where all activity relates to the car itself. This is mobility for mobility’s sake. These streets are occupied solely by businesses such as car washes, auto parts stores, gas stations, brake shops, transmission shops, tires and wheels, parking lots, and of course, auto dealerships. Many of these environments date to the 60’s when car culture dominated the imagination. A trip down East Camelback Road will reveal the current manifestation of this spectacle, which exemplifies how this cultural phenomenon has been refined over the years.  Mobility as a raw sense of power and speed is now a quest for personal expression and style.

The early modernist fantasy of mobility meant speed, power, violence and noise.  It’s hard to find a better example of this sentiment than the Italian FT Marinetti’s Futurist Manifesto. In 1909 he wrote:

We declare that the splendor of the world has been enriched by a new beauty: the beauty of speed. A racing automobile with its bonnet adorned with great tubes like serpents with explosive breath… a roaring motor car which seems to run on machine-gun fire, is more beautiful than the Victory of Samothrace. 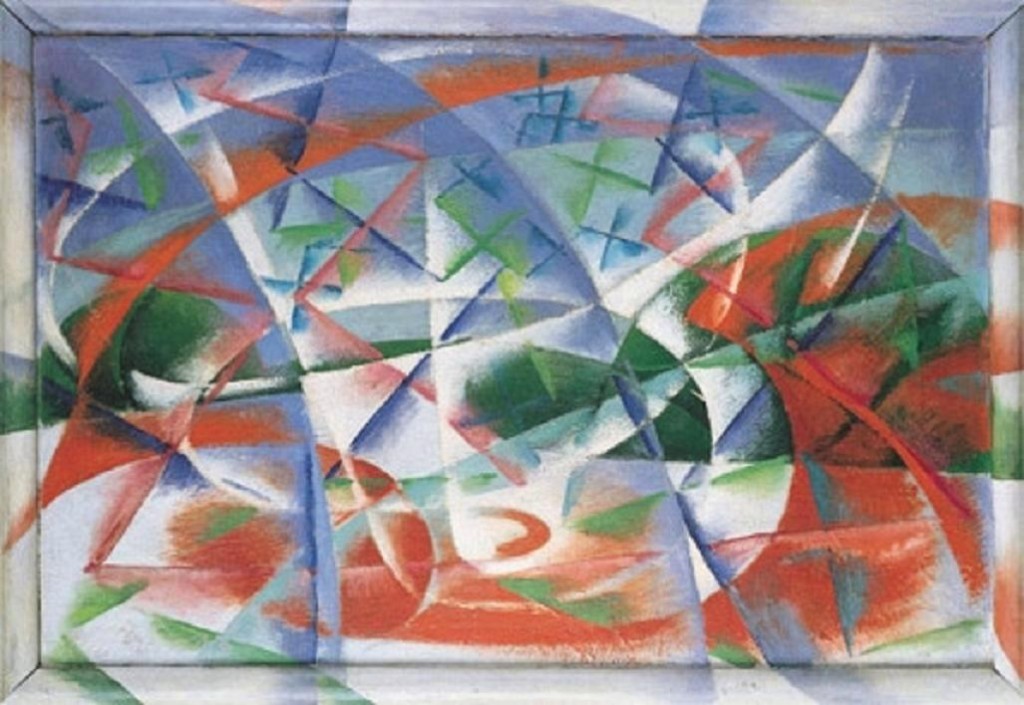 Marinetti and his band of futurists extolled the promise of speed and motion as a poetic and cultural aspiration, the salient feature of modernity, worthy of expression in art and day to day life. The urban plan of Phoenix and its massive street grid, the freeways and even the light rail line reflect the imagination of the early 20th century. And so idea of travel became intertwined with social and economic mobility, ascension and class, freedom of movement and a shared narrative. Truly, it foreshadowed the more contemporary aphorism, “The Journey is the Goal”.

More than 100 years after Marinetti wrote his iconic piece, urban life is strangely familiar. Yet, the emphasis is now on personal identity and expression via design of our mobility devices. All this freedom to define ourselves without restrain inevitably leads to a need to differentiate. Design both chases and creates movements, and in the case of mobility, it is so bound up with our personal sense of self that it is creating a new urban cultural landscape of mobility that is more nuanced, diverse and eclectic than ever. The emphasis is no longer simply on freedom, speed, power, violence and noise, although it certainly is about that in large measure. It is now about connecting and staying connected in a multiplicity of ways.  It is about being energized and ready at all times, and it is about navigating an increasing complex environment of raw information. It is also about the fine-tuning personal style, with each object a unique expression of personal values, tastes and aspirations.

This plays out in the Phoenix bike culture.  No longer the domain of those who have lost their licenses, sustainability freaks, or those without means to acquire a car, the bike scene in central Phoenix is a starting to define the cultural landscape and adding a new twist to mobility. And, it’s all feeling very big city.

Cycling had its early champions of freedom. The low barrier to access of a bicycle tends toward more social inclusion, and the wildly expanding range of design options allow for precise expression of personal style. “Let me tell you what I think of bicycling,” said Susan B. Anthony in 1896, “I think it has done more to emancipate women than anything else in the world. I stand and rejoice every time I see a woman ride by on a wheel.” This was 15 years before Marinetti’s bombastic rants. The mobility afforded by a bicycle is merged in the imagination with an entire social equity movement.  The mobility fetish of the bicycle and car have been on parallel tracks ever since. 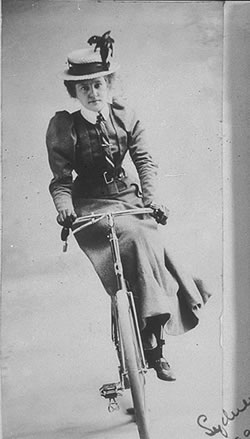 from Sue Macy’s Wheels of Change: How Women Rode the Bicycle to Freedom (With a Few Flat Tires Along the Way).

The new style calibration of urban bicycles can be found in dozens of blogs, in new retail pairings, in social movements and in the maker realm. The very earnest StreetFilms blog features short videos about worthy urban bicycling efforts by city planning, police and public works departments around the nation. Its focus is on public policy information and generally, it’s pretty interesting for urban planning wonks. It features up and coming leaders from the sustainability movement, practical people whose style is button down and essential. On the other end is the Bike Snob a snarky and informative site that wraps politics and art into its hyper critical observations of cycling culture.  It’s also very inclusive: no one escapes the keen eye of the bike snob.  A more visually appealing yet just as darkly humorous is Cycle Chic, essentially a fashion blog, whose tag lines are “Hold my bicycle while I kiss your girlfriend.” and “Style over speed”.  Inside are hundreds of photos of extremely pretty men and women in all sorts of everyday cycling situations, yet dressed to kill, with boots, hats, dresses and suits to die for. All these blogs are expanding into multiple markets, easily adapting their templates to local conditions.  This movement is definitely global.

An intriguing little rivalry seems to be playing out between Public Bikes and Republic Bikes.  Both are custom bike builders who claim to emulate the Dutch style of urban cycling. Public is the brainchild of Design Within Reach founder Rob Forbes, apparently a very personal project. The bikes are cool, but what is interesting is the co-marketing of Public with Gap apparel. A pop-up bike shop was spotted in the second floor loft of the Market Street Gap in San Francisco, in a space formerly occupied by jeans, clearly telling the Gap faithful that Public’s style is one with theirs. Republic is paired with DWR knock-off CB2, the modern line of Crate and Barrel, and the new catalogue scenes are eerily similar to the imagery presented by Gap.  Jeans, Bikes, Mod furniture; the ensemble says it all: you are happening!  But wait…Forbes says: “DWR was a profitable, audacious business until the evil forces of mass-market retailing took over.” Style cultures that are hyper-individual might not hold to mass market paradigms.

Social equity ventures such as Barrio Bikes have a more limited footprint but make up for it with sweetness of concept and passion for doing the right thing. At Barrio Bikes, kids work, learning bike repair and jobs skills, while earning credit for bikes of their own. This is personal empowerment for these kids; it comes in the form of mobility, and it will redefine their world.

People who make things are finding ways to express themselves as well as the imagination of their clients.  Makers like Palmer at Phoenix Bike and Vine Saccento are crafting unique custom bikes that approach art.

Then there are the multitudes of urban cyclists who are the protagonists of the new urban landscape of mobility: Nic Smith, an architect who builds designer bikes from parts he scraps together off Craig’s List; Carol Johnson, with her stylish Swobo, looks fetching in heels riding to her job as a City Planner; Builder Richard Bistany, with his 25 year old mountain bike and U-Lock; Keith Mulvin and his vintage-assemblage with a load of veggies from the farmers market; chopper-riding baby boomers on Saturday mornings; trick riders on rakish fixies and innumerable cruiser bike riding ASU students. This is about transportation, to some extent, but the human impulse veers away from the mere A to B mentality.  In mobility, as in all things urban, personal expression, its practice, and its appreciation, are to credit for this.

The cycling movement and its self-conscious style pretentions have been a thorn in the side of auto culture since early on.  Car enthusiasts have certainly tamed their vision, but many cyclists no doubt still feel both threatened by and judgmental of them.  And no wonder!  In Marinetti’s 1909 Manifesto, he wrote of the thrill ride that inspired his vision:

Death, tamed, went in front of me at each corner offering me his hand nicely, and sometimes lay on the ground with a noise of creaking jaws giving me velvet glances from the bottom of puddles…suddenly there were two cyclists disapproving of me and tottering in front of me like two persuasive but contradictory reasons. Their stupid swaying got in my way. What a bore! Pouah! I stopped short, and in disgust hurled myself — vlan! — head over heels in a ditch. Oh, maternal ditch, half full of muddy water! A factory gutter! I savored a mouthful of strengthening muck…As I raised my body, mud-spattered and smelly, I felt the red hot poker of joy deliciously pierce my heart. A crowd of fishermen and gouty naturalists crowded terrified around this marvel. With patient and tentative care they raised high enormous grappling irons to fish up my car, like a vast shark that had run aground. It rose slowly leaving in the ditch, like scales, its heavy coachwork of good sense and its upholstery of comfort. We thought it was dead, my good shark, but I woke it with a single caress of its powerful back, and it was revived running as fast as it could on its fins.

I’ve been to The Mission, and been nearly run over by track-bike riding hipsters. The irony of these events are amusing, but certainly it is not because anyone needed to be somewhere.  Mobility is all about style, it’s all about speed.