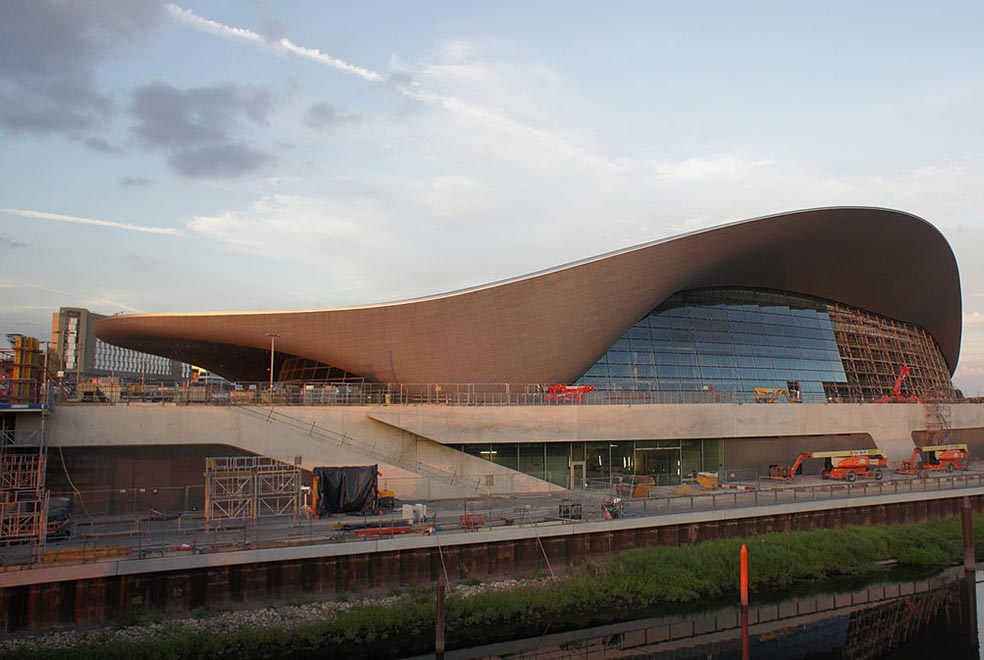 A Tribute to Zaha Hadid

I don’t like starchitects. But I was very sad to hear about the death of Zaha Hadid yesterday. At 65, it was too soon, considering architects tend to mature and do some of their best work late in their careers. (For example, Frank Lloyd Wright received the commission to design the Guggenheim Museum when he was 76 and designed the Price Tower when he was 85.) Dame Hadid had a lot of great architecture still left in her, and it is a true loss for the world never to see it.

I have a lot of mixed feelings about Hadid. I stand in awe of her, her amazing career and her sheer strength to reach the heights she did in a very white male dominated profession. And yes, even I, a person who decries random forms for buildings at the expense of people’s experience of them, am moved by the sexy shapes of her buildings. My favorite Hadid building is the Sackler Gallery in London, which is breathtakingly sexy.

But Hadid did not make it easy to like her. CityLab reports that she said, “it was ‘not my duty as an architect’ to take actions over the deaths of the migrant workers Qatar during the construction of the Al-Wakrah Stadium.” She was also criticized for taking commissions from abusive regimes, such as the Heyder Aliyev Center in Azerbaijan, which she did unapologetically. I consider this lack of acknowledgement of social responsibility from Zaha a blind spot for her and a blind spot for the profession as a whole. Both her designs for Al-Wakrah and Heyder Aliyev got much critical accalim for their groundbreaking aethetics. But no matter how tempting it is, it is impossible to separate formalistic design achievement from its social implications and while Hadid got much praise for her design, she has also received much criticism for turning a blind eye to the larger social impacts of her work.

Hadid wasn’t an activist in her architecture per se, but she was a very successful activist in just being who she was, an Arab Muslim woman starchitect. Hadid is the only solo woman honored with the highest prize given an architect – the Pritzker Prize. If you look at the Pritzker Prize laureates of the past, you will mostly see photos of white and Asian men. Kazuyo Sejima is the one other woman honored by Pritzker, in partnership with her male colleague Ryue Nishizawa for the work of their firm Sanaa.

Hadid didn’t like to harp on the importance of being a woman of color in a field of white men. CityLab quotes her, “‘I used to not like being called a woman architect. I’m an architect, not just a woman architect,’ she told CNN in 2012. And yet: ‘Guys used to tap me on the head and say, ‘You are okay for a girl.’ But I see the incredible amount of need from other women for reassurance that it could be done, so I don’t mind that at all.'”

For me, as an Indian Muslim woman architect, Hadid’s stardom in architecture has been incredibly important and inspiring. Regardless of how I feel about some of her stances, seeing a brown woman playing with the big boys like Frank Gehry, Rem Koolhas and Norman Foster and reaching the very top of the profession matters a lot.  It shows what’s possible for someone like me. We’re not all going to be Zaha, but just knowing that it’s possible for a minority woman to reach such heights is a huge step towards having more women, and more women of color, excel and achieve great things in architecture.

It was no cake walk for Hadid. She faced a lot of sexism along every step of the way on her rise to the top. She was known to be a difficult boss, unrelenting and uncompromising. In the very competitive and cut-throat world of starchitecture, her femaleness and race made her a target for more biting criticism than if she were a white man.

Stephen Bayley’s profile on Hadid for The Spectator is an example of how she was disliked for “deliberately creating buildings that ignore their context, have “questionable functionality” and are usually over budget,” as reported by Dezeen. Every starchitect I know of does just this! Do Gehry, Koolhas, and Foster buildings fit into their context, have greater functionality and come under budget more than Hadid buildings? No. Than why was she singled out for these things and told that “architecture would be better off without her”, as Bayley claimed?

Perhaps it’s because she was a woman leader. Sheryl Sandberg, the COO of Facebook says in her book Lean In, “our entrenched cultural ideas associate men with leadership qualities and women with nurturing qualities and put women in a double bind. We believe that women are not only nurturing, but they should be nurturing above all else. When a woman does something that signals that she may not be nice first and foremost, it creates a negative impression and makes us uncomfortable. If a woman is competent, she does not seem nice enough. If a woman is really nice, she is considered more nice than competent. Acting in stereotypically feminine ways makes it more difficult to reach for the same opportunities as men, but defying those stereotypes and reaching for those opportunities leads to being judged as undeserving and selfish.”

And thus, it was not an easy road for Hadid. And perhaps her early demise may have partially been caused by the very difficult path she took in life. She was called a diva, a bitch, and hard-hearted. She had her blind spots for sure. And I certainly didn’t agree with all of her viewpoints. But she persisted. She overcame. She pushed through the gargantuan hurdles posed by architecture for women and women of color. And she made it to the top of the mountain. And by doing so, she opened a door that was sealed so tightly shut that no one knew it even existed. The door to women and women of color to reach the very top of the architecture profession. For this and her bold architecture, I, for one, think architecture is a thousand times better off for having Hadid.

Tags: architecture, tribute, Zaha Hadid
« A Review of the Film The Competition  |  13 Community Resources in Portland that Empower and Uplift »