Did We Learn Anything from the Kevin Rose Almost Demolition of the Willamette Heights Historic House?

Earlier this week Blooming Rock covered the recent controversy here Portland as Kevin Rose, a well-known wealthy sort of person from out of town (you can’t see me but I’m silently indicating another state south of here), purchased a nice old house here. A house in Northwest Portland built in 1892. The Montague House. Kevin Rose bought it on February 28th and then recently announced that he wanted to tear it down. No, actually, he announced that he was going to tear it down.

Taz wrote this up on Tuesday as a plea for balance and civility while the preservation fight was still going on, with demolition experts literally waiting outside the property. She very rightly pointed out that, if there are two sides to these kinds of disputes, property-rights advocates versus preservationists, both camps contain grown-ups who have solid arguments. Both sides provide reasons that are attractive and intuitive. I feel both sides at once. Taz explained that she does too. It’s a perennial thing, a legitimate problem with people of good faith on both sides, and if there was a nice clean answer we wouldn’t still be talking about it.

But the civility? Wow. Yeah. Just reviewing the facts just now leaves a metallic taste in my mouth. Yes I’m grateful for the amount of local journalism in Portland but the level of snark in the Oregonian’s coverage created more problems than it resolved.  Not to mention there’s the rough crowd of partisans in the comments section all standing there waiting with spiked planks, the indignant petition, all that fabricated micro-drama, ugh. It’s no good for thoughtful expression. In an online “dialog” structured with built-in rewards for sarcasm and overstatement and sharp teeth, finally everybody sounds like they’re having an adolescent meltdown.

Fortunately, since that posting on Tuesday, back in the real world, the situation has been resolved fairly smoothly. Rose at one point made the extraordinary offer to carefully deconstruct and preserve the house for someone else to reassemble elsewhere. Thankfully that wasn’t necessary. It can be said that the preservationists won, “won”, because the house at 1627 NW 32nd Avenue will stand. An individual neighbor made a buy-back offer of $1.3M. Whether or not the Roses felt pressure, whether or not that pressure was well-intended or constructive, the Roses accepted the offer. No great profit, no extortion, a relatively graceful way out for everybody.

Did we learn anything? Well probably not. But there are two important things that didn’t get said.

Look up the address (please). You’ll see nearby there’s a curved finger of Forest Park that extends north, pointing towards the river. The neighborhood of Willamette Heights sits on the sloping hillside within the notch created by that finger, a few tight dead-end residential streets confined rather snugly up against Forest Park on three sides, broadly oriented towards the view north. That sweeping view includes the Balch Creek Watershed, the site of the World’s Fair and what was Guild’s Lake.

You can get some sense of how protected Willamette Heights is even from a map. The turn-of-the-century Thurman Street Bridge will reopen in September after a “historic makeover”, dismantled right now to be reconstructed over the summer, to be reborn closer to its original design. 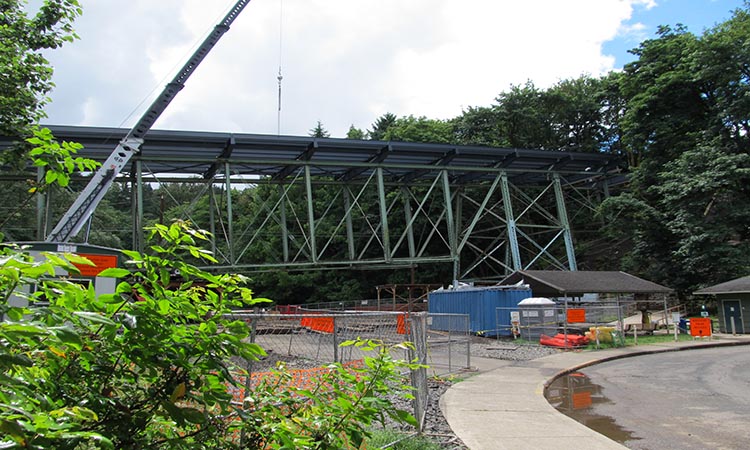 The Thurman Street Bridge under repair

That’s a loveable little bridge engineered for the streetcars that made the neighborhood possible a hundred years ago to begin with, a bridge somehow toy-like and brave and raw.  On foot you can choose to venture underneath through its trestles, south through a meadow and up the Macleay Trail and its fascinating urban ruins. The trail follows Balch Creek, a native cutthroat trout stream. That’s the finger of Forest Park we started with. 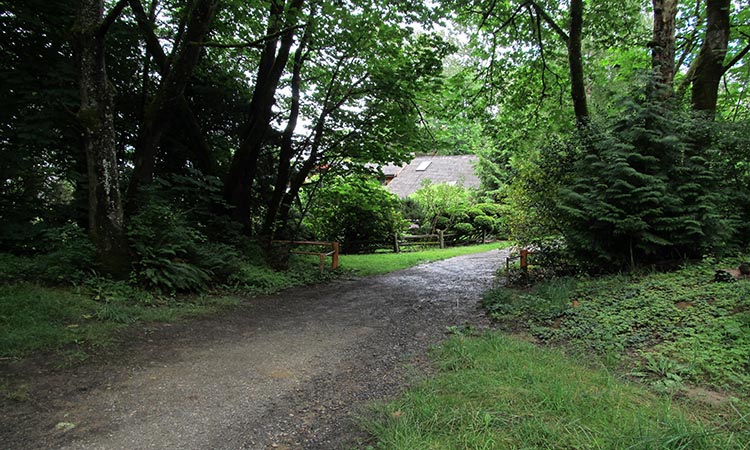 Or you can walk across the bridge deck, along the roadway, across the gap, into Willamette Heights. Doing that clearly feels like the gateway to a separated enclave. The lay of the land and your physical choices guide you across a threshold. Willamette Heights comes with a sense of arrival built in. With its wooded borders, north-oriented vistas and sharply inclined streets it’s a cohesive and recognizable place. Other similar neighborhoods around town have strong personalities, you bet they do, even buttonholing strangers in the street to tell their historic stories. But there’s a special meeting of character and topology up here.

Incidentally, in the heart of Willamette Heights two doors away from the controversial property is the former residence of Chet Orloff, a nationally respected historian, mensch, and curator of a fascinating open-source online architectural museum you should know about.  It’s called Museum of the City. Oh, he made his opinion known and everything. His location is just kind of ironic.

Turning back to the map for a moment, you can trace NW Thurman to the west, NW Thurman and NW Aspen Avenues running parallel to their respective dead-ends, and get some sense for the secluded layout of the neighborhood. Fine houses of course, positioned to observe each other. All in together, up against one of the biggest urban parks in the country, with a defined identity. That feeling is strong in person.

What I didn’t see in this Kevin Rose discussion was any description of this inherent and important quality of “villageness” around the Rose house. “Character of the neighborhood” is a weak euphemism we should drop right away. This place isn’t a subdivision, where there’s really no harm in unplugging one interchangeable component to introduce a replacement. Neighbors are close here in more ways than one.  I’d urge you to go (if you haven’t been), smell it, look at how the afternoon sunlight falls on it, begin to understand it, and maybe you’ll see why there’s a cohesive quality here worth defending, even if you’re not in this particular tribe.

What I also didn’t see this past week was any acknowledgement that Portland, more than any other American city I’m aware of, is full of people who have consciously chosen to root themselves here and pour their time and money and personal humanity back into their surroundings. Contrary to some of the adolescent meltdown language of the last week, you don’t have to have opium in your bloodstream to choose to improve your neighborhood. It does require a sense of enlightened self-interest and a certain humility. 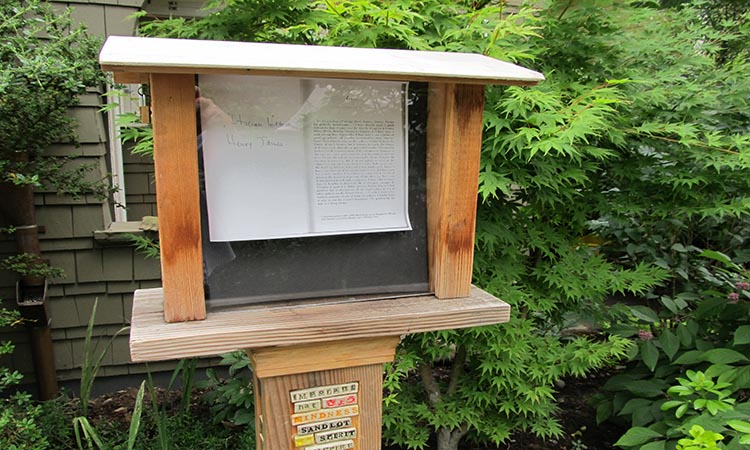 Community-scale investment of time and personal attention is the driving force that makes the fabric and energy of Portland possible, those close-knit community associations and small-scale volunteer organizations, those neighborhood gardens and impromptu parks and City Repair projects and focused participation in those boring public meetings. It’s those smaller local connections are what makes the city hang together as a whole.

This past week may have shown us that the residents of Willamette Heights in their hundred-year-old houses are actors in an economy, sure, but they’re also members of a working society. Clearly the new owners did not share those essential values. So the society found a way to replant those Roses somewhere else.

Tags: demolition, historic preservation, kevin rose, neighborhood cohesion, preservation victory, walt lockley, willamette heights
« 21 Reasons Portland’s Director Park is One of the Most Successful Public Spaces in the World  |  My 10 Favorite Things to See and Do When I Visit Phoenix »