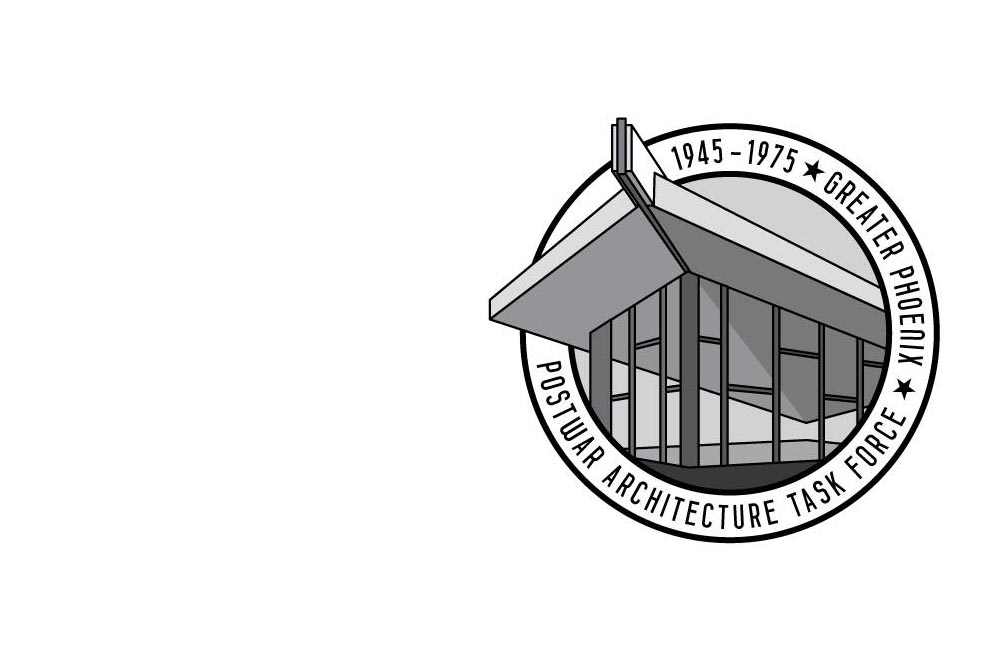 *We’d like to mark the passing of architect Frank Henry on July 28, 2013, a Taliesin Fellow who was instrumental in saving the David Wright House. Our condolences to his friends and family. His passing is a true loss for the architectural community in Phoenix.*

A group of citizen experts involved in historic preservation in Phoenix have formed a task force specifically to protect post-war (1945-1975) architecture. Led by Modern Phoenix mastermind Alison King, the aptly named Post-War Architecture Task Force (PWATF) just held its first face-to-face meeting on Monday, July 15th. I wanted to cover their efforts in this article because post-war architecture, be it manifested in commercial projects or neighborhoods, is one of Phoenix’s greatest assets. Post-war architecture will also be essential to revitalization in cities, according to Better! Cities and Towns. The concept of retrofitting commercial buildings to create walkable neighborhoods is relatively underappreciated in the U.S., but it could accommodate a coming demographic shift while preserving post-war architecture.

The catalyst for the PWATF was completely unrelated to the idea of suburban retrofit, but was instead a much more traditional controversy in the world of historic preservation. The David and Gladys Wright House, built in 1952 and designed by Frank Lloyd Wright, came under threat of being demolished by developers. Modern Phoenix and the Arizona Preservation Foundation, and countless others rallied fervent supporters to save the house in what was named by Architizer to be one of the 10 biggest preservation controversies of 2012. Alison King led this charge for Modern Phoenix, and as co-chair of the PWATF, will be looking for similar opportunities to save mid-century architecture in the Phoenix area.

Phoenix Mayor Greg Stanton has stated his support for the preservation of mid-century architecture, and though he failed to act on it within his first 100 days, as was planned, he has been an advocate for historic preservation in Phoenix. The City of Phoenix Planning and Development Department has identified many commercial structures in its book Mid-Century Marvels, and this book will serve as a starting point for the City of Phoenix and the PWATF to collaborate on preserving. According to King, many of the buildings’ owners are allies in the preservation game, and working directly with them will be the most advantageous path.

What lies ahead for the PWATF depends on volunteers, citizen experts, and cooperation from property owners and the City of Phoenix, but at the outset of this endeavor, the group appears to be in good hands, and will certainly be a force to be reckoned with during any future preservation controversies. King and her task force have years of experience advocating for the preservation of our architectural treasures in Phoenix, and will be vital to the survival of these mid-century marvels.