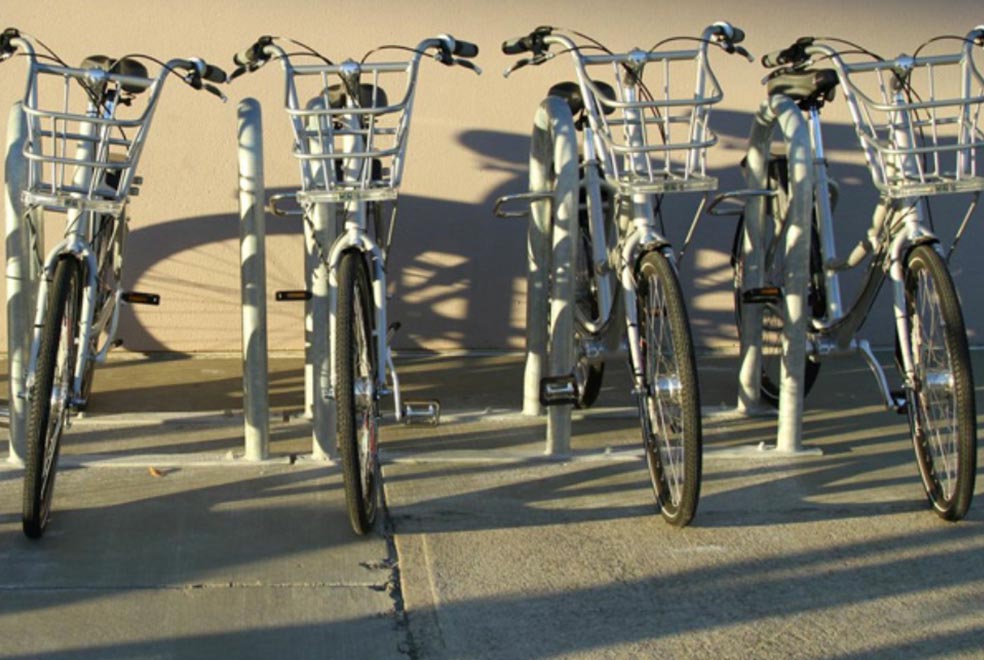 Bike Share in Phoenix: This is going to be big!

The City of Phoenix recently announced its next (baby) step toward a sustainable future city: a bike share program, and has awarded a contract to a vendor, Cyclehop, LLC, for the bikes to be shared.  Cyclehop’s website states that the bikes will be state-of-the-art, with an integrated GPS system, allowing each bike to be tracked, and the bicycles can be custom built for each bike share program. According to Colin Tetreault from the Mayor’s office, as early as mid-December 2013, Phoenix could be among a handful of U.S. cities with a full-scale bike share program, with an initial roll out of 500 bikes and 50 bike stations, and the possibility for expansion.

The City plans to launch a large-scale community outreach and engagement program for the bike share in order to place stations according to citizen input and optimize placement. Tetreault stated that it would be hard to know exactly where the stations would be at this point in the process, but there will a concentration on the METRO light rail line in order to expand its reach beyond the corridor currently served by the light rail.

The corresponding effort – Reinvent Phoenix, which seeks to develop more sustainable neighborhoods in the ½ mile to ¾ mile corridor around the light rail line – will be aided dramatically by this bike share program, allowing the City to strengthen its prospects for becoming a transit oriented city, or at least having a strong TOD lifestyle. One advantage of this approach is the sheer amount of data collected in the Reinvent Phoenix public outreach process, which can be used again to assist the City in deciding on a proper placement for each of the 50 stations.

Because the METRO line extends beyond the City limits of Phoenix, a significant challenge to keeping the bikes within the City limits may arise, especially with the ease of taking a bicycle onto the light rail. Phoenix has already anticipated this, and according to Tetreault, they have reached out to the cities of Tempe and Mesa in order to develop a “cohesive system” with a “seamless user experience”, and hope to add another 1000-1500 bikes to the systems in due time.  This is a rare feature in bike share programs, and in the U.S., only San Francisco has a similar, regional, intergovernmental program.

The City of Phoenix is trying to position itself as a 21st century city, and as Mr. Tetreault told me “this is a component of a future and sustainable city”, and the City anticipates an increase in connectivity with this program, linking to the new SkyTrain, the “last-mile” connector to the airport from the light rail, which already has bike lockers outside (most of which are full).

What I think the most surprising and innovative part of this program would have to be the funding mechanisms for this project. The City has formed a number of public-private partnerships in order to have the entire cost of the bike share units covered by private entities. The City of Phoenix does plan to spend a large amount of money on bike-ability initiatives, something to the tune of $1.5 million dollars – $300,000 of which will be allocated to assisting the bike share program, but this was called for by citizens as part of the budget hearings earlier this year.

Though the bike share program is limited in scope, especially at the initial roll out, the city could use a larger presence of cyclists, even if they are tourists or people just trying out the system. After all, more bikes on the road means less accidents and more jobs.

Photo Credit: Photo and image courtesy of the author.