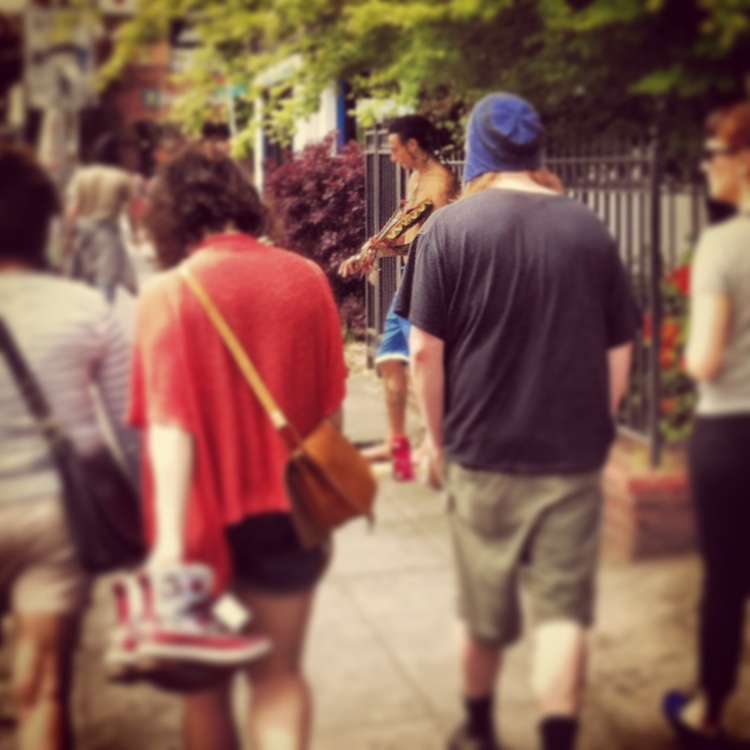 Is Phoenix a City or Just a Big Suburb?

I visited Phoenix a few weeks ago and I stayed with my parents in their home in Chandler, Arizona, a suburb of the city. I wrote the following in my journal about my experience of living in Chandler. I thought you might be interested in the unvarnished thoughts of someone who has lived in suburban Phoenix, then in Central Phoenix and is now living in the central Portland.

So this last time I was in Phoenix, visiting after living a couple of months in Portland, I realized Phoenix does suburbia exceedingly well. But it offers almost no urban life. And what passes for urban life in Phoenix is really a slightly less suburban version of suburbia. This makes me wonder – instead of trying to swim against the tide of decades of infrastructure and decades of suburban culture and values, why not just embrace suburbia full force? Why not just say – Central Phoenix is a less suburban version of full-out suburbia but it is still a version of it. Instead of trying to do the equivalent of forcing a square peg into a round hole and striving to create an urban life in Phoenix, why not accept the suburban nature of the city and start from there? But for those who want a real urban living experience, I’m afraid you won’t find it in Phoenix. The only place you might find it is in your dreams of how Phoenix will be in ten or twenty years. Until there is an interesting “in between life”, Phoenix, Central Phoenix and Downtown Phoenix will just be different versions of suburbia.”

Photo credit: The vibrant “in-between” life on Hawthorne in southeast Portland, where I live now. Photo by the author.

Tags: in between life, phoenix, suburban, urban
« Why We Should Cultivate Disorder in Cities  |  Musings on a Sustainable Urban Lifestyle in San Francisco »