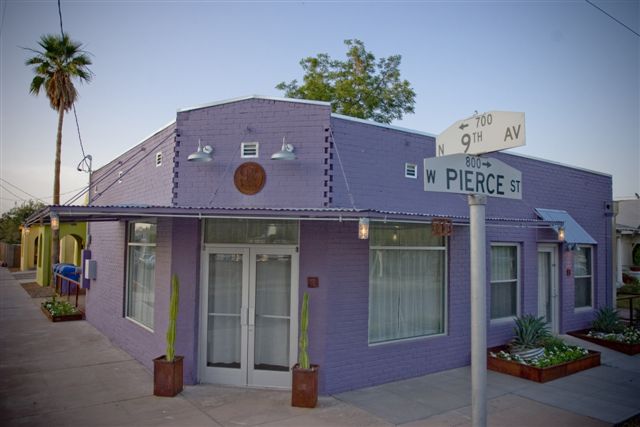 On a hot summer day I drove up to this purple building on 9th Avenue and Pierce looking for my beautician.

She had gotten her own place and was starting her own gig. She wasn’t in the purple building but she was in the cute little casita right next to it. When I got out of my car, I noticed all the really cool details that had been added to the original buildings, like corrugated metal planters and awnings and the rusted metal fencing. Plus, the color purple was, of course, hard to miss. 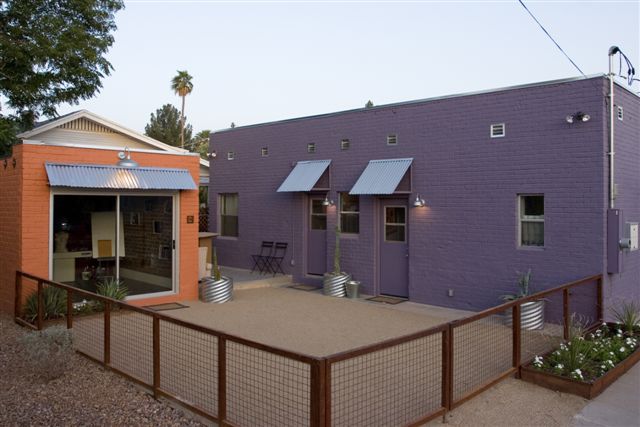 Once I got in to see my beautician, she said to me, Taz, you should meet the guy who owns this place, his name is Lorenzo Perez and he’s a developer who cares about the city. That was more than two years ago.

I took her advice and met with him several times and was duly impressed. But not until just a few weeks ago when I sat down with Lorenzo at Windsor, the new restaurant on Oregon and Central that he and his partner John Kitchell recently redeveloped, did I realize the depth of Lorenzo’s commitment to revitalize our city.

Lorenzo and John own a development company called Venue Projects and they also own a construction company called Kitchell-Perez. Plus, Lorenzo has an architecture background, so he’s design-savvy too. The triple-threat of development, design and construction is very very powerful and it comes through in the Windsor/Churn redevelopment. 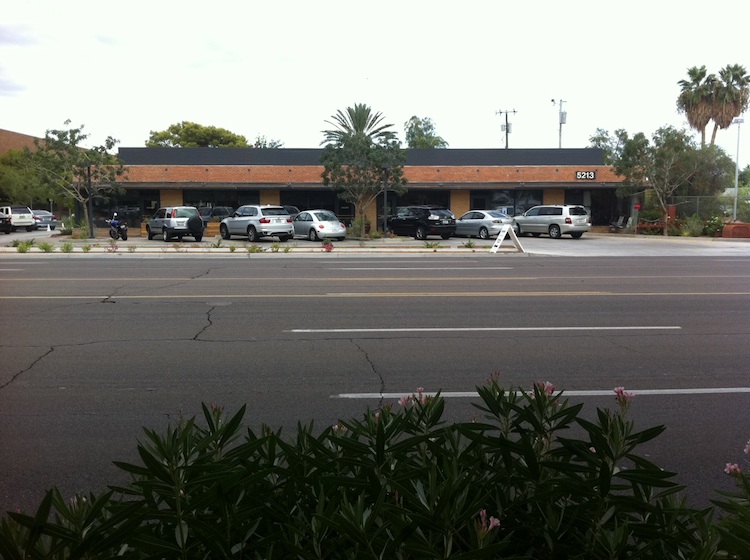 I had been to Churn a few times since it opened recently, once for my birthday. I was very impressed with it, especially with the back patio, which is a hidden gem of a space that is reminiscent of a really nice back yard. It is so comfortable back there, so lively, so fun that you feel like you’re spending an evening at a friend’s house. 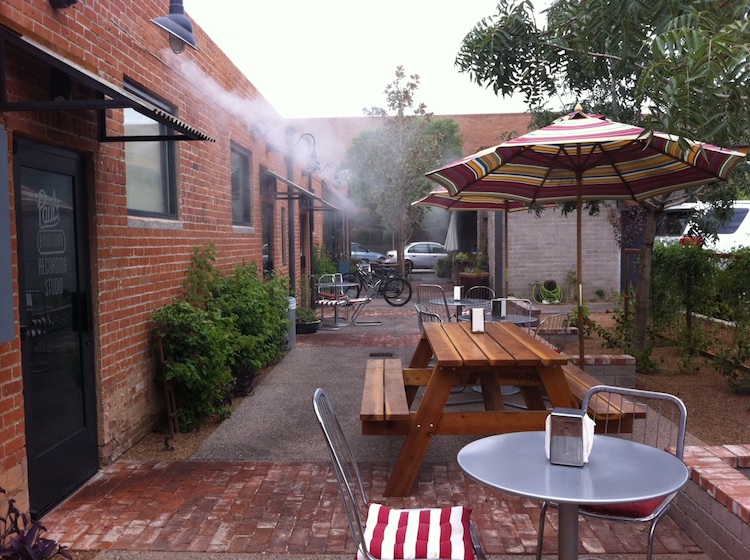 None of this is by accident. Venue Projects is out to create “people places, gathering spaces, artistic settings and distinct locations” according to Lorenzo. I think they hit the nail on the head with their Windsor/Churn redevelopment. Unlike a majority of developers who look primarily at the financial return on investment, Venue Projects looks at what Lorenzo calls a holistic return, the culmination of the economic, social and emotional impact on neighborhoods.

This is what was there on Oregon and Central before Lorenzo’s team transformed it into one of the hippest hangouts in Central Phoenix:

As you can see, it was a diminutive old strip mall, wasting away in neglect. At the back of this strip was a building of storage units which had become a refuge for criminal activity and a hang out for transients and prostitutes. 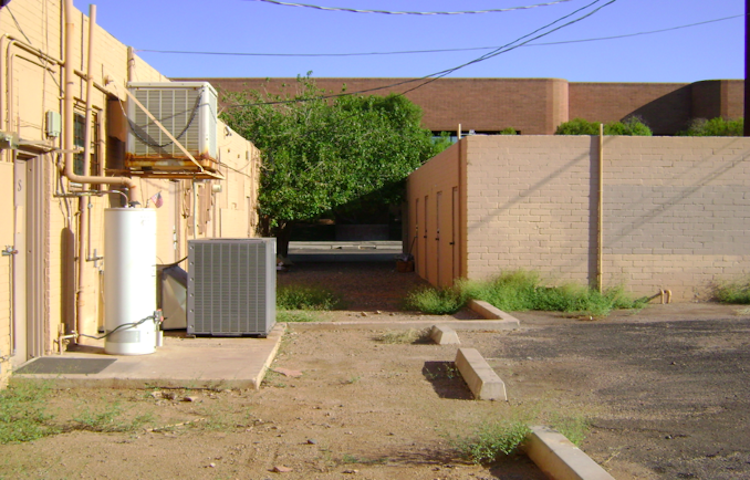 This wasn’t a good situation for the neighborhood by any means. Sure there were other offers and plans for this place, I mean, consider the location! But most of the other developers sought to tear down this building and maximize the lot with a brand new complex.

Lorenzo and John, however, saw a hidden beauty in the building that others didn’t recognize. They saw “its charming scale, that it fit with the neighborhood and that it preserved an era in architecture” says Lorenzo. And the “gross” back part of the strip mall? Well they envisioned a tremendous opportunity for a “people space” back there, something they have definitely delivered on with an enclosed patio space for Windsor and the connecting open patio space for Churn. 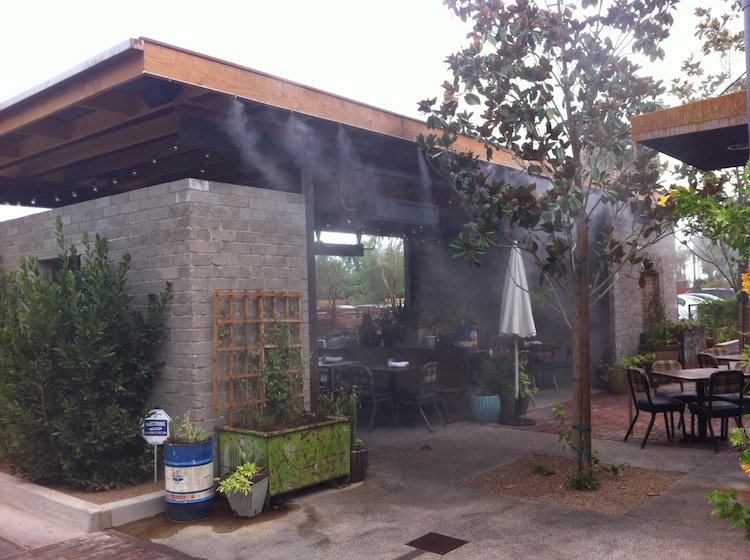 One of the most challenging parts of this project was parking, because in essence, this building is smack dab in the middle of the Windsor neighborhood. And currently, the lack of readily available parking is probably one of the biggest complaints of the patrons. But believe it or not, Windsor/Churn actually exceeds the required parking count by 2 spaces thanks to their Historic Overlay. This little code detail is of little comfort though to those seeking out parking at the Circle K down the street in frustration because they can’t find any onsite parking.

The thing is, Venue Projects and their partners on the redevelopment, Craig DeMarco’s company Upward Projects, were fully aware that this wasn’t going to be a tiny building surrounded by a sea of parking. As I wrote in my post last week, the site design of Windsor/Churn purposefully puts people first and cars second. And this might feel like a little bit of inconvenience for Phoenix folks used to finding easy parking everywhere they go. But it also results in people opting to bike or walk there instead, which isn’t a bad paradigm shift.

One of the things I love most about this redevelopment project is how little the original building changed. Though Merz Project is the architect of record, Venue Projects, because of their design background, gave the majority of the design directives. It was important to Lorenzo and John to maintain the scale and feel of the original building. And in service to that idea, they didn’t change any of the opening sizes of the big storefront windows. They did however, replace the original wood storefront with heavy steel, energy-efficient windows. 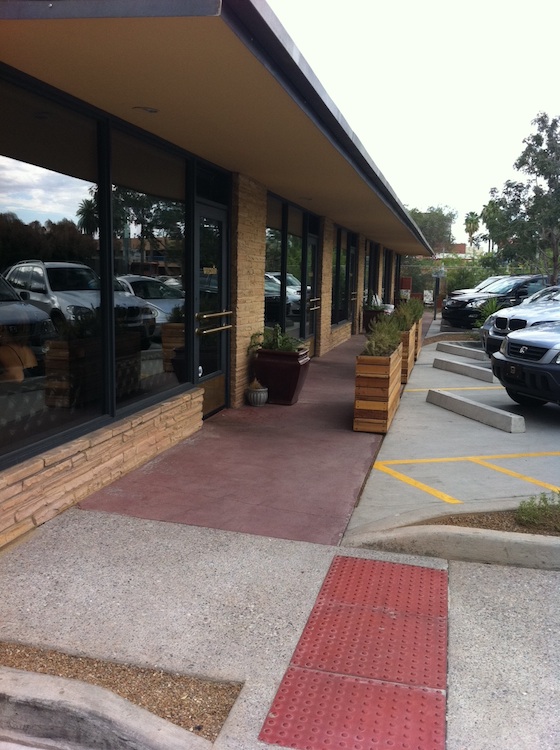 The interior of Windsor is designed to be a layered experience that unfolds with several distinct seating areas. Some areas are perfect for groups: 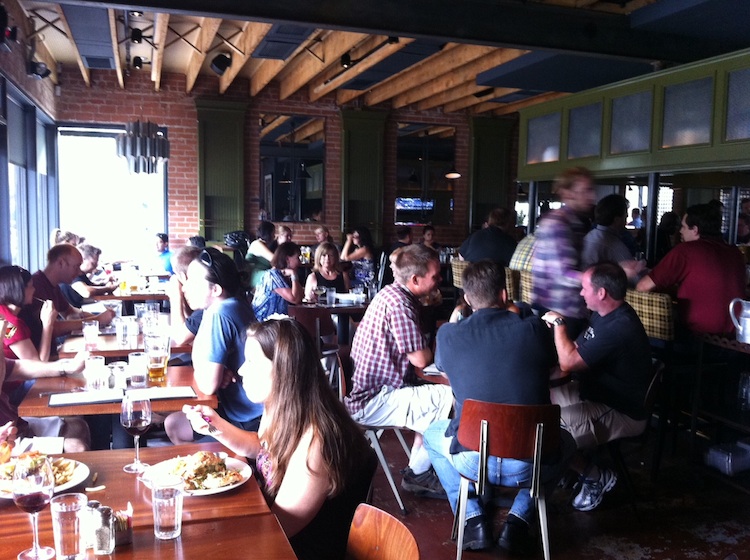 Some for more intimate settings: 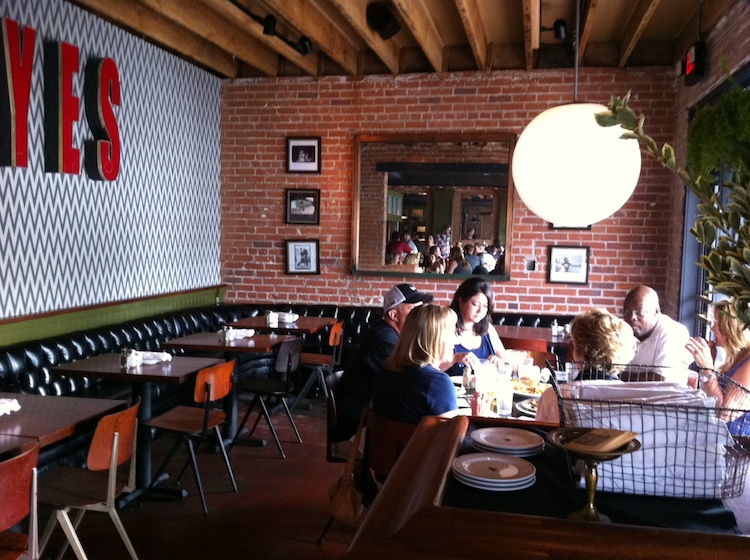 And some, like the bar, perfect for downing a drink and watching a game or chilling with buddies:

As you can see from the photos, Windsor has become quite a bustling neighborhood hangout, which is exactly what Lorenzo and John had hoped for. Kudos to Venue Projects for setting the standard for sophisticated, sensitive, and mission-driven development that works, activates neighborhoods and creates a sense of place. I am very excited to see what they will bring us next!

« Phoenix: America’s Desert Metropolis  |  Why We Need to Pay Attention to Pollinators »