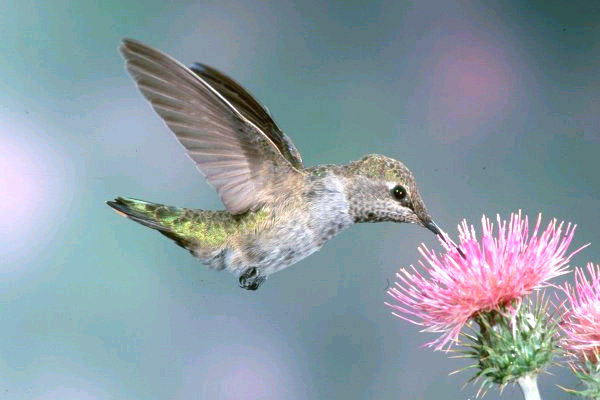 Why We Need to Pay Attention to Pollinators

Today’s post is by Lane Butler. I heard Lane speak about the importance of pollinators about two weeks ago at the community meeting about a demonstration garden at the Audobon Center. I was blown away by what she said and how little the general public knows about these very important creatures. I asked Lane to summarize her presentation in this guest post so more people can find out what pollinators are and why they are so critical to our future sustainability.

A pollinator, at its most basic, is a living being that moves pollen from the male anthers of a flower to the female stigma of a flower to accomplish fertilization.  This sounds simple, but what this amounts to is that pollinators are required agents for many plants’ reproduction.  In fact, 75% of the flowering plants on the planet (about 211,500 of the 282,000 species) depend on pollinators in order to reproduce.

Without seeds to grow new plants, neither humans nor animals could use the plant materials that we do.  This means no lumber or other wood products, among other things.  And without fruits and seeds, humans, domesticated animals, and wildlife would lose numerous critical food sources.

Estimates ranging from two-thirds to fully 80% of our crop plants depend on pollinators for successful commercial production, including such biggies as coffee, chocolate, apples, blueberries, squash, and almonds.  A low estimate of one out of every three bites of food comes to us through the work of animal pollinators, depending on what our diets are.

A few more figures: honeybees alone pollinate $15Billion worth of crops each year, just in the US, and it is estimated that honeybees only pollinate 15% of the most common food crops worldwide.  To give some greater perspective, back in 1996, the total combined value derived from all agricultural commodities around the globe was already at $3Trillion.

The most recognized pollinators are the various species of bees, which are adapted to pollination by having fuzzy bodies and carrying an electrostatic charge on their bodies that helps pollen grains adhere to their hind legs or underbelly.  Most bees gather nectar, a concentrated energy source, and pollen, a high-protein food, to nourish their young, and they inadvertently transfer pollen between flowers as they are gathering.

Bees are the most effective insect pollinators.  Millions of honey bee hives are contracted out as pollinators by beekeepers each year.  Honeybees are the most important commercial pollinating agents, but many other kinds of pollinators (for example, bluebottle flies, bumblebees, orchard mason bees and leaf-cutter bees) are also cultured and sold for managed pollination.

Historically honey bees were not present in the Western Hemisphere before the advent of European exploration, so it is interesting to note that prior to that time, all animal pollination of plants in the Americas took place via native pollinators, including native bees.

Other insects also sometimes pollinate, including butterflies, moths, bee-imitating flies, carrion flies, beetles, midges, thrips, and even ants.  These insects are usually not actively collecting pollen when they pollinate flowers, but may be sipping nectar, actively eating pollen, or looking for mates.

Vertebrates, too, can sometimes pollinate.  Nectar-drinking bats and birds (such as hummingbirds, honeyeaters, honeycreepers, and sunbirds) can pollinate deep-throated flowers.  Some species of monkeys, lemurs, possums, honey possums, rodents, and lizards have also been recorded pollinating plants.

It is interesting to note that human gardeners and growers sometimes intentionally pollinate crop plants as well.  For example, greenhouse-grown tomatoes need their flowers to be shaken to get the pollen out.  Workers used to vibrate greenhouse tomato flowers with electric toothbrushes, until bumblebee hives were brought in to more efficiently perform this task.  Bumblebees are adapted to pollinate this type of plant by vibrating their wing muscles rapidly once they have landed on a flower.  This process is called buzz pollination, or sonication.

In 1999 the Convention on Biological Diversity issued the Sao Paulo Declaration on Pollinators recognizing that pollinating species play a critical role in sustaining the integrity of the world’s biodiversity and the global food web, and acknowledging the human-originated survival challenges that they face.

In 2007, a consortium on the status of pollinators in North America found that populations of honeybees and some wild pollinators are definitely declining.

The main threats facing pollinators are habitat loss, habitat degradation, and habitat fragmentation.  In other words, pollinators are losing the food plants and nesting sites that are necessary for their survival, due to human conversion of and alteration to their habitats.  Other threats include pesticide poisoning and disease.  Only a few of these pollinators are protected by the Federal Endangered Species Act, which itself has faced near constant political threat in recent years.

According to Stephen Buchmann, a University of Arizona entomologist and bee researcher who co-wrote the groundbreaking 1996 book The Forgotten Pollinators with Gary Paul Nabhan, and helped found the Pollinator Partnership, “the world is focused on [conserving] charismatic megafauna—the lions and tigers and bears.  The little things that run the world, including bees, butterflies, bats, and hummingbirds, go unnoticed until it is sometimes too late.”

When a person living in the city or a rural area wants to know “How can I help pollinators?”, agency websites’ first response is “You can help by planting a pollinator garden.”