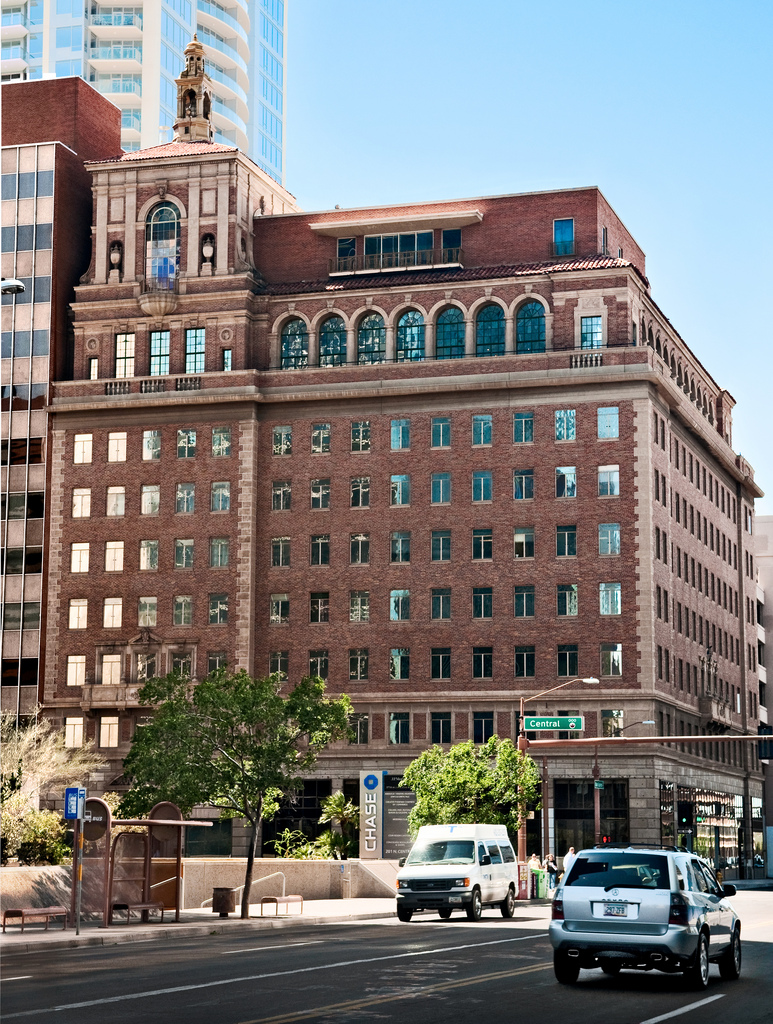 This past 12 months I’ve been blessed with a reason to travel overseas and tour some fantastic cities.  Having seen a number of castles, cathedrals, bridges, parks and rail stations, I am most grateful for an expanded sense of how public spaces can both succeed and fail.

That said, the first question friends & colleagues ask when I return is always “how was your trip? what was  (city)  like?”.  Inevitably, most people want to hear about the landmark places they expect you to go; “Oh, you were in London?  Did you see Big Ben?”.  (No, lady, I missed a 316ft tall clock tower. C’mon!)

So that led me to thinking, what is Phoenix’s landmark building?  Where is our world-class example of architecture/design to show off to the world?

Sure, we’ve got ballparks, resorts, convention centers, and a whole lot of single-family detached housing, but nobody going to pose for a snapshot in front of those.

A quick, less-than-scientific Google search for famous/landmark buildings in Phoenix gave me the following list:

Now I know that when we think of truly landmark buildings in other cities, they are typically grand old religious or government buildings.   Even New York and Chicago have massive monuments to capitalism and the way the “American Dream” shaped our idea of what a great city looks like.  Comparably, that list above doesn’t particularly make me want to brag about our city and the great things to see when you visit.

Personally, my favorite building is the Security building in Downtown. The arched windows on the 8th floor observation deck and brick facade always make me wonder what it looked like in it’s prime. Plus the panoramic view of downtown is one of my favorites. That said, I’ve still never suggested anyone go check out the building on it’s own.

So while we are discussing the future of the LRT, new freeways, connecting disparate communities and deciding whatever that sculpture over Civic Space Park really looks like, perhaps we can turn up the dialogue about what really stands out and what provides a specifically “Phoenix” identity.