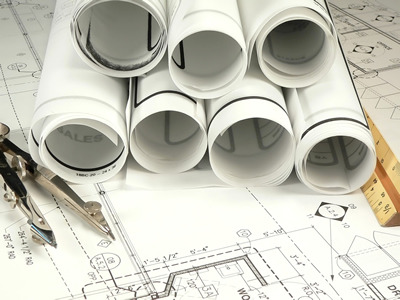 What’s Happening at Planning and Development at the City of Phoenix?

A few weeks ago I had the pleasure of sitting down with the Director to Planning and Development at the City of Phoenix, Debra Stark. We talked about all the different things the department is doing to encourage reuse of existing buildings, promote energy efficiency and take away barriers of building for small businesses.

Merger of Planning and Historic Preservation with Development Services:

The merger of three different but related departments initially occurred because of City budget cuts but according to Debra, it’s proven to be great for collaboration and the streamlining of services. About a year and a half ago, the Planning Department was its own little department and was on the 6th floor of City Hall, the Historic Preservation Department was also on its own and was all the way on the 17th floor and Development Services was its own entitiy occupying the 2nd floor.

Now all three of these departments are on the 2nd and 3rd floors and this physical change alone is making it a lot easier for the departments to work together. But this merger didn’t come without challenges. There are times when, the Historic Preservation Department, for example, feels as if its needs are being subjugated to the whims of this larger merged department which may not always fully understand the significance of some preservation issues. And Debra admits that it’s been a challenge to preserve the identities of Planning and Historic Preservation and ensure that they are still just as important as when they were individual departments.

But overall, now that everyone has had a chance to settle in and get to know each other, Debra believes that the merger is a good move for the  customers. It makes Planning, Historic Preservation and Development Services, which are, after all, very much related and linked, equally accessible to people looking to get various City approvals on their projects.

Due to budget cuts, the Office of Customer Advocacy at the City of Phoenix was eliminated for a while. This office was indispensable to small businesses and individuals trying to navigate through City processes to get approvals to build or renovate their projects. I used the help of this office as the architect on Filmbar.

After getting several disappointed calls from local businesses who had come to rely on this office after they realized it was eliminated, the City decided to reinstate it. It is now a small office comprised of three people, Jason Blakely who focuses on residential projects, Erin Andres who focuses on commercial projects and an engineering tech.

These three people are planning to go to Council breakfast meetings and town halls to let people know of the their services.

The City has expanded the adaptive reuse code to be applicable to a wider geographic area. Before it was only applicable in Downtown or parts of Central Phoenix, and now people in other parts of the city can take advantage of it.

The City is also looking to expand the code to apply to buildings bigger than 5000sf, which is the current limit for the code. This, says Debra, is to encourage the reuse of abandoned big box stores which are “otherwise healthy, but just don’t have any tenants”. An example of this is that the City is trying to work with Whole Foods to occupy the empty Linens ‘n Things in the Town and Country shopping plaza on Camelback and 20th Street.

The permit by inspection program includes things like tenant improvements and existing buildings that are getting minor modifications. Permit by inspection is when you submit drawings over the counter at the City, get your permit on the same day, and then work with building inspectors during construction to make sure everything is up to code. This process can save months of building plan review time.

The City has expanded this program to include tenant improvements in big box stores and additions to residences. You still need to submit drawings, but even that requirement might be waived if you are just installing a prefab shed, where manufacturer’s specifications would be sufficient.

Doing Away with Some Building Permits

Some of the building permits that Planning and Development is eliminating are permits for water heaters, window replacements in neighborhoods that are not designated historic, and landscape irrigation installation. The idea behind this is to encourage homeowners to go ahead an make changes to their homes to be more energy and water efficient, and also the fact that many of these products are safe to install and operate and don’t really require City oversight any more.

Because all the liability falls on the certifying architect, Debra says that this program is self-regulating and the architects do an excellent job of reviewing code requirements. The City does conduct periodical audits on structural calculations and other aspects and so far, says Debra, they haven’t found any real problems with the projects that have been permitted by architects.

This is a brand new program at the City of Phoenix that went into effect on July 1. In fact, we are trying to see if the Castaway House project will be one of the first, if not the first, residence to be permitted with a Phoenix Green Building certificate. Debra says that while creating this program, the City actively engaged various stakeholders, such as the American Institute of Architects, homebuilders, Valley Partnership and commercial developers and they all agreed that it was a good idea, but that it should be kept voluntary.

So for the time being, this program is voluntary, not mandatory. Debra says that her department plans to review this program every year to see what areas they can improve on and what value it brings to people who participate.

Debra says Planning is re-evaluating whether some things still need use permits or they could be eliminated all together, for things such as indoor entertainment and indoor dancing at restaurants and bars.

The department is looking to address the changing times. For example, tattoo parlors and pawn shops have needed re-zoning and special permits to be approved and the process would take 4 to 6 months. But now, as these businesses become more mainstream and don’t really pose a threat to neighborhoods any more, Debra says her department is looking at eliminating the special permit requirement and just requiring a use permit instead, which is only a 20 to 30 day process.

City officials are working with Kimber Lanning on this front to do outreach to neighborhoods on how this can help unique businesses that actually add value to a neighborhood (think Roosevelt Row).

Another business that is currently difficult to get approved is nursing homes, which also require rezoning and a special permit. This is because the perception is that nursing homes get lots of visitors and generate a lot of noise. The truth is though that nursing homes don’t get that many visitors and they are really quiet! Debra acknowledges that its time for the City to reevaluate their policy on this as our population ages and as we have to accommodate more and more senior housing.