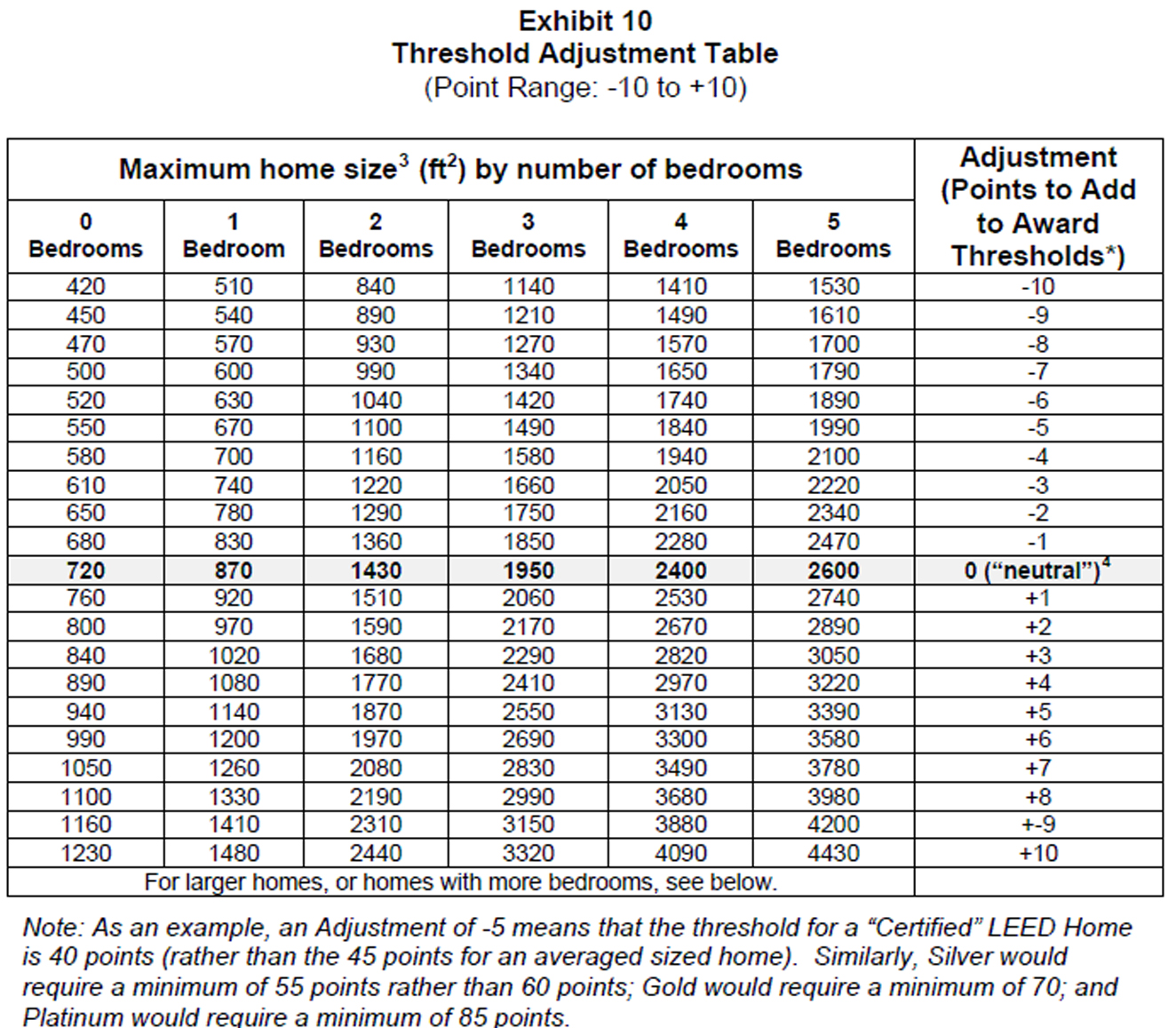 We are planning on using the brand new Phoenix Green Construction Code on the Castaway House. Today’s post is by Cavin Costello, the designer on Castaway House. He tells us about an important missing factor in this new code:

Starting in July, the City of Phoenix will be implementing the new Phoenix Green Construction Code. This code will be voluntary and was created with the following intent:

The purpose of this code is to safeguard the environment, public health, safety and general welfare through the establishment of requirements to reduce the negative potential impacts and increase the positive potential impacts of the built environment on the natural environment and building occupants, by means of minimum requirements related to: conservation of natural resources, materials and energy; the employment of renewable energy technologies, indoor and outdoor air quality; and building operations and maintenance. (Phoenix Green Construction Code)

The code does a good job of addressing most of the issues laid out in its purpose, but it comes up short in conservation of natural resources. Although it does restrict the development of some greenfield sites, its stance on the conservation of natural resources would be much stronger if it promoted the infill and redevelopment of grayfield and brownfield sites.

A building’s “greenness” should be relative to its location.

My suggestion would be to create an “adjuster” system, much like LEED for Homes does for square footage. They adjust the amount of points you need to achieve a certain certification to compensate for the effort to create more size efficient homes.

The chart below shows how a 4 bedroom, 2050 SF house can earn 3 points less than a 4 bedroom, 2400 SF house to achieve the same certification. The rationale behind this is that when all things are equal, a smaller house uses less resources and energy over its lifecycle. 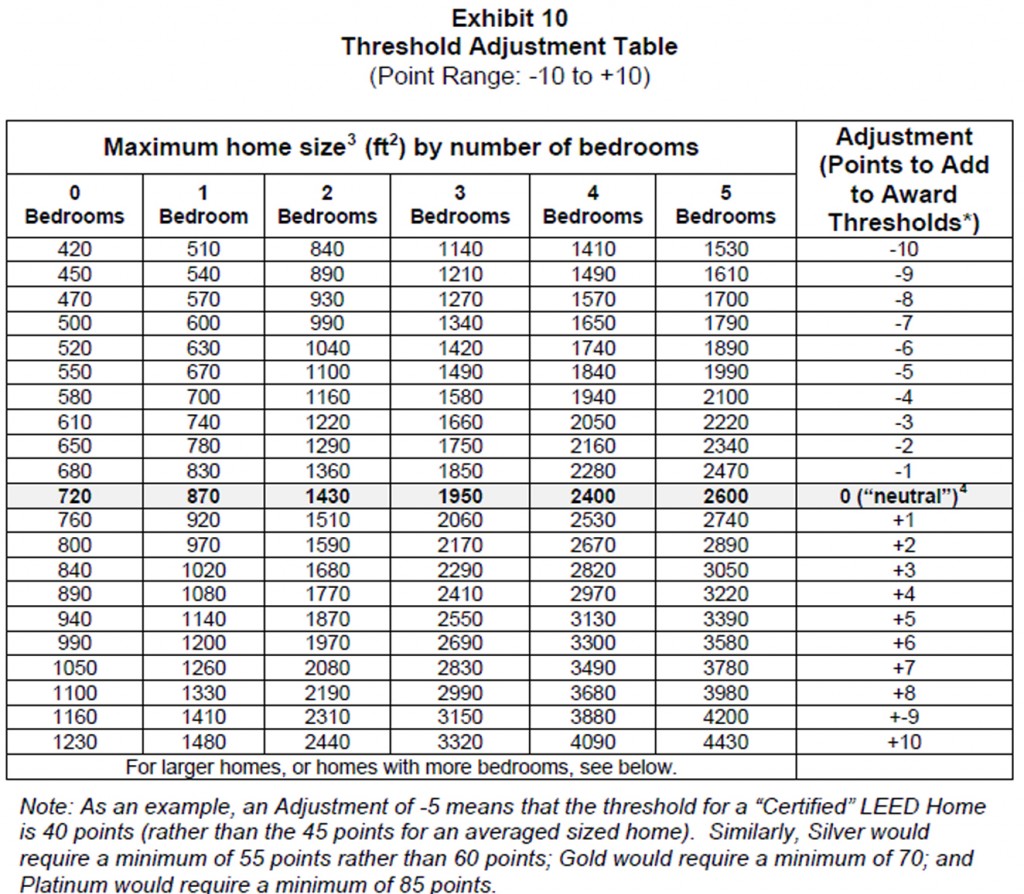 The same rationale should be applied to the development of infill, grayfield, and brownfield sites. When all building characteristics are equal, a building on one of these sites will use less energy and resources during its lifecycle than building on a greenfield site.

This is due to the existing infrastructure on the site and in the surrounding area. A precedent already exists for a lot selection point system.

The National Green Building Standard (NGBS) has a chapter on Lot Design, Preparation, and Development that awards points for the use of infill, greyfield, or brownfield lots, as well as for addition or renovation projects. They also give points for proximity to mass-transit and for the promotion of pedestrian activity and mixed-use areas.

For example, you earn points if your site is within ½ mile of 6 or more community resources such as recreational facilities, parks, grocery store, post office, place of worship, community center, daycare center, bank, school, restaurant, medical/dental office, and a laundromat/dry cleaner. These lot selection points reward developers and builders for making the most of what is already here while promoting walkable and bikeable neighborhoods.

I believe there are two major steps to incentivizing developers to develop infill, grayfield, or brownfield sites in Phoenix. The first and easiest step would be for the Phoenix Green Construction Code to adjust the amount of points necessary to achieve a bronze, silver, gold, or emerald rating based on the lot selection.

The second step would be for consumers to recognize and start to wholeheartedly (and financially) support the long-term cost, health, and safety benefits of green buildings. Consumers need to ask (not just with their mouths, but with their money) for green buildings in order to add economic value to green certification.

When there is demand, developers will supply. If developers can achieve a better green certification based on the selection of their lots, and consumers can add value to green certification, I believe we would start to see life again on many of the empty and underutilized lots in Phoenix’s urban core, and it can all start with the Phoenix Green Construction Code and you, the consumer.

Greenfield: Land that has not been previously developed or has a history of only agricultural use.

Grayfield: A previously developed site with abandoned or underutilized structures, and little or no contamination or perceived contamination.

Brownfield: The expansion, redevelopment, or reuse that may be complicated by the presence or potential presence of a hazardous substance, pollutant, or contaminant.

Infill: Vacant or underutilized land that includes two or more of the following: road, electrical power, sewer, or water.