I can’t believe it’s been one full year since Places, Spaces and Faces Community Dinner was started!  We started off small, but with fantastic participation at a quality venue, setting the standard for future events.  Kathleen Bartolomei, one of the original founders, had a brilliant suggestion at the first dinner which has helped sustain the dinners every month since.  She installed the tradition of voting for the best cook in the different categories (sweet, savory and later drinks) and the winners would help organize the next dinner.  “Built-in sustainability” she called it and boy she was right!  As the one common thread throughout the different monthly dinners, I have very much appreciated the winner organizers, without which the dinners would be impossible to put on consistently and successfully.

A big thank you all the organizers that have helped this first year of PSF!  And thank you to all of our generous, community-minded hosts.  We couldn’t do it without you.  Below is a quick overview of the 12 fantastic dinners that we’ve held this past year.  I can’t wait to see what year 2 will bring! 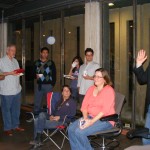 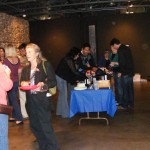 The first one! February 19, 2010 at 407 W. Osborn, a mid-century modern gem designed by Lescher & Mahoney that now houses Drewett Brenden Architecture and Interiors & Thinking Caps Design.  Marshall Shore spoke to us about the history of the building.  This first one was organized by the founders, myself, Kathleen Bartolomei, Yuri Artibise and Marshall Shore. 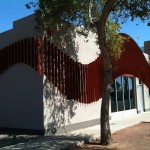 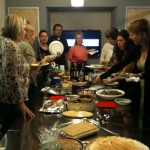 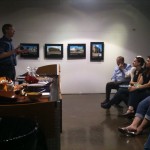 March 20, 2010 at Motley Design Group – architect Bob Graham’s firm on Grand Avenue.  Bob spoke with us about the Grand Avenue Rail Project and his firm.  The organizers were Jim McPherson and Linda Suffidy. 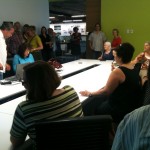 April 17, 2010 at RNL Design on Camelback and 1st Avenue.  Kelly Paisley gave us a tour of the neighboring BeefEaters Restaurant and later we had a round table discussion about possible future uses for the now empty restaurant.  The organizers were Paul Loomans and Donna Neimann. 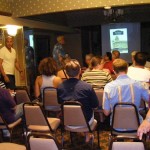 May 22, 2010 at the historic Hotel San Carlos.  Rob Melikian, owner of the hotel and author of the book Vanishing Phoenix, gave a moving presentation on all the great buildings that have been demolished that are featured in his book.  The organizers were John Jacquemart and Meghanne Bearden.  This dinner might have inspired the launch of the blog Vanishing Phoenix! 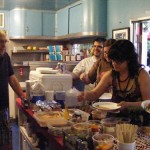 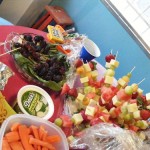 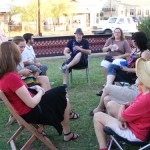 June 19, 2010 at the Welcome Diner in the Garfield neighborhood.  The theme was food on a stick, resulting in some very unique and creative dishes!  The organizers were Kate Benjamin and Patrick Donato. 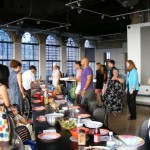 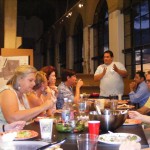 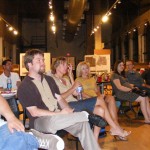 July 24, 2010 at ASU’s Phoenix Urban Research Laboratory. We set up one long formal dinner table in this former ballroom.  Kevin Kellogg spoke to us about 10 words important to urban living.  The organizers were Tony Arranaga, Nikki Armstrong, and Terry Tang. 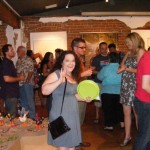 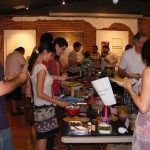 August 21, 2010 at Modified Arts.  It was August with only a swamp cooler and over sixty people in the space.  It was a hot one!  Ted G. Decker spoke to us about the exhibit he curated featuring Latin American artists including some local names.  Organizers were Kevin Kellogg, Doreen Pollack, Beth Johanssen and Tanya Gray. 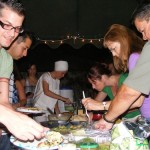 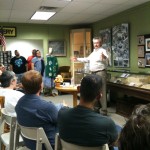 September 18, 2010 at the Sunnyslope Historical Society in their lovely courtyard.  Clark Thompson, a history teacher and a Sloper, gave us a talk about the history of Sunnyslope.  The organizers were Chrissy Plante, Robert Murrillo and Chelsea Smith. 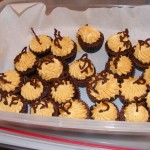 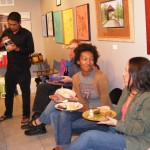 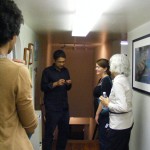 October 23, 2010 at The Artery, an art cooperative on Indian School and 7th St.  The artists gave us a tour of their studios.  The theme was pumpkin, so we had lots of delicious desserts.  Organizers were Ivonne Ward, Joseph Cuevas and Theresa Devine. 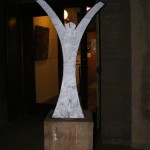 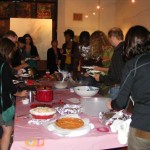 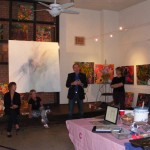 November 20, 2010 at Release the Fear Studio in the historic and largely dilapidated First Baptist Church on 3rd Avenue and Monroe.  Release the Fear artist Robert Miley spoke about his work and Patrick Donato spoke about the building.  Organizers were Laci Lester, Angela McKinley, and Steve Earl Wachs. 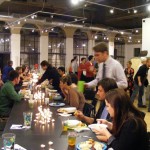 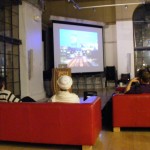 December 18, 2010 at the Phoenix Urban Research Laboratory.  We celebrated the holidays with our urban family.  Kevin Kellogg and members of Studio 1to1 showed the trailer to their movie – Connecting Phoenix.  Organizers were Jan Dillon and Annette James. 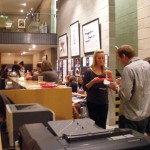 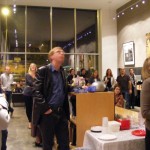 January 22, 2011 at the After Hours Gallery on McDowell and about 3rd Avenue.  The owners of this live/work/gallery space Mike Oleskow and Russ Hann gave us a tour of their fabulous building.  Organizers were Yuri Artibise, Joseph Cuevas and Julie Zagars. 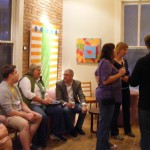 February 19, 2011 at the Coe House on 4th Avenue, just north of Van Buren.  Owner of the Coe House and editor of the Downtown Phoenix Journal, Catrina Kahler talked about the building and her work.  Organizers were Michael Keele, Denny Richards and Reva Wood.

PSF dinners are open to everyone.  To find out information about the next one, become a fan of the PSF fan page on Facebook.