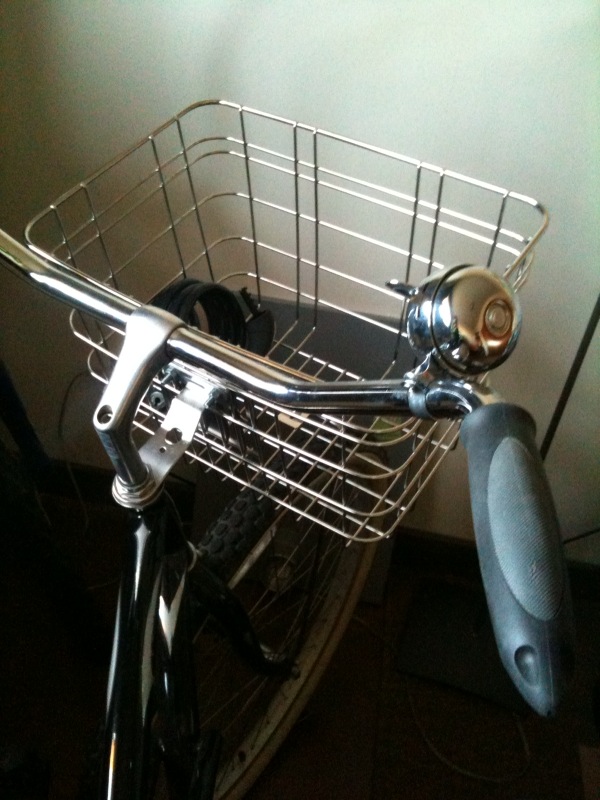 Car Free Stories: The Virtue of the Bell and the Hazards of Intersections 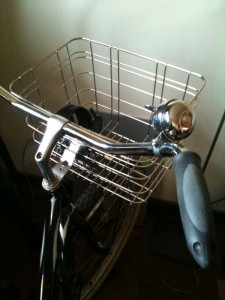 This is the second installment in my Car Free Stories series.  Check out the first here.  Recently I got a bell for my bike and what a transformative experience it’s been!  Before, when people were in front of me on a sidewalk, I yelled (respectfully), “excuse me! excuse me!”.  Nine times out of ten this wouldn’t work and I’d just have to slow down and wait for an opportunity to pass the seemingly deaf pedestrian.  Now that I have a bell, I’ll ring it once and the astute ones will hear it and get out of the way.  I always smile when this happens because it’s so rare.  Usually I have to ring it a few times and the pedestrian will finally look up from his musings and reluctantly look back.  By that time, my wheel is almost touching his butt when he realizes he should step out of the way.  My bell, I’ve noticed though, is a lot more effective then my yell.

For better or for worse I’m a sidewalk biker and I always get a kick out of the driver who blocks the intersection at side streets, which is pretty much every driver under the hot sun here in Phoenix.  For example the other day I was riding home, on the sidewalk of Thomas Road, heading east, and as I approached the intersection of a side street, a big van was blocking access to the ramp on the other side of it.  As I approached, the driver made an extra effort to make his turn and never once made eye contact with me, as if the whole time it was his plan to turn before I needed to cross the street.  This happens a lot, where people pretend not to see me to cover up their distracted driving.  Other times, the kinder, gentler drivers, the ones who aren’t in such a damn hurry, will see me and back up to let me through the intersection.  On rare occassions, there will be the jerks, the ones who know I’m coming, even make eye contact with me, but won’t budge.  They’ll stay right there and make me go behind them and lift my bike over the curb.

I must admit, I myself was never a driver that took much heed of cyclists or pedestrians until I started riding myself.  I think one reason why so many drivers are oblivious to cyclists and pedestrians is because they themselves have never been in those positions.  Unfortunately, this has caused a sort of downward spiral where oblivious drivers make it dangerous or at least uncomfortable for cyclists and pedestrians to use the streets, thereby discouraging people from trying out those two modes of transportation.

So to you folks who never go anywhere without your car, you might want to try walking around your neighborhood or cycling to your grocery store.  Not only will you get the exercise, but you might just become a better driver too.

Photo Credit:  My bike “Coffee Cruiser” and my new bell.  Photo by the author.