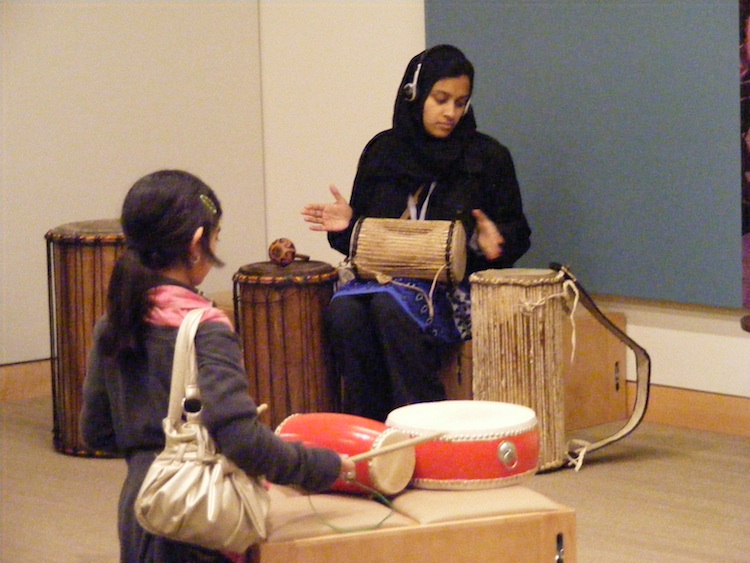 The Musical Instrument Museum – A Great Cultural Treasure in Phoenix 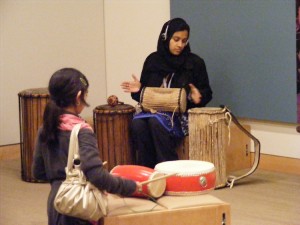 The Musical Instrument Museum (MIM) has been in the news a lot lately.  In fact, it was featured on NPR today.  Last week I had the pleasure of personally visiting the Musical Instrument Museum with my out of town family and I absolutely loved it.  The building and the surrounding landscaping are fantastic, but that’s not why I love this museum.  I love this museum because it celebrates, respects and cherishes every culture in the world in a  state that can easily be considered a little xenophobic after the passage of SB 1070.  Having a varied cultural background myself, – East Indian, African born, and raised Muslim – I haven’t felt more at home and more beloved for it than at the MIM.

I felt at the MIM the opposite as the way I feel at, say, the Culver’s in Phoenix, a place where the owners of that particular franchise decided to display quotes from the Bible on their restaurant walls.  I would not mind this at all were quotes from the Bhaghavad Gita, the Torah or the Quran also on display, but they’re not.  Whereas this tactic may be pleasing to a specific slice of the population, it alienates others.  MIM, on the other hand, embraces every culture, including American pop culture along with the most obscure of cultures such as that of the people of Mon.  A small example of MIM’s intentionally inclusive approach is the fact they they display the quote “Music is the language of the soul” in various languages and scripts in their lobby.

They don’t just display musical instruments at MIM.  They, in essence, feature different cultures of the world, hitting most peoples, even the most unknown, through the medium of musical instruments.  What MIM does is recognize that something like music, an element common in every culture in the world, is a great way to relate to and find commonalities with “the other” sans the political, religious and social baggage.  An example is the Middle East room, where the display for Israel stands side by side with the displays of Arab countries.  There is no fight for space, no shunning of each other in the land of musical instruments.  Every country is equally recognized for its particular musical contribution to the world.

MIM is so much more than a musical instrument museum. It’s very much a cultural education in every sense and what a fun education it is!  Whereas most museums are visually driven, MIM, appropriately, is more audio based.  You get headphones with your admission ticket and as you wander the rooms, each display comes alive with the sound of music.  It is a truly engaging, disarming and fascinating way to learn about other countries.

A lot of my Central Phoenix friends and colleagues complain that MIM is so far out in the boon docks.  I was one of those people before I made the trek out there.  I do wish it was closer to Central Phoenix or heck, right inside of Central Phoenix, say across from the Phoenix Art Museum filling up that dreadful empty lot on the northwest corner of McDowell and Central. But alas, it is where it is, near Desert Ridge, a full half hour drive from Central Phoenix and not easily accessed through transit.  Sigh.

But, that being said, I think it’s time we urbanists embrace MIM, despite its unfortunate location.  It is too great a place, too well done, with too good a message for us to dismiss it merely because it didn’t end up where we wanted it to go.  I urge everyone who hasn’t been to visit this great cultural treasure that is, despite it’s ex-urban disposition, a part of Phoenix.  MIM is on par with some of the world’s greatest museums and in fact is an extremely unique one.  We would be fools not to celebrate it, show it off to our out of town guests and make a point to visit often.  Yes, at $15 for general admission and $10 for kids, it’s a little pricey.  But I found the experience to be worth every penny and I have no problem paying this small price for the cultural capital you get in return.

Photo Credit:  My sister-in-law and niece trying out some of the instruments at MIM.  Photo by the author.