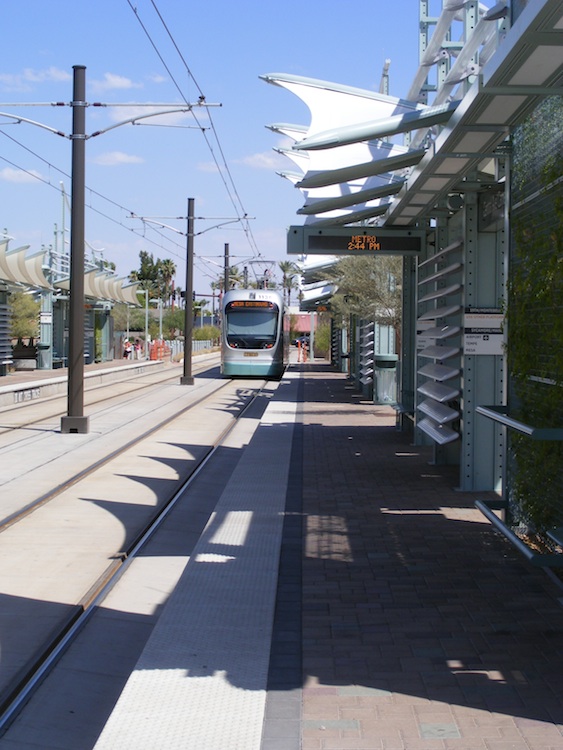 Kevin Kellogg, the 2010 Urban Laureate, on the Delights and Challenges of Phoenix 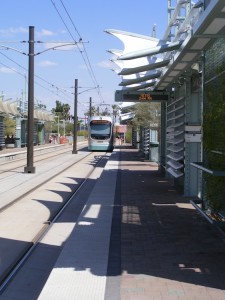 Last week, I had the pleasure of talking with Phoenix’s urban laureate for the year, Kevin Kellogg, about all sorts of things about Phoenix.  He’s a native of Arizona, went to ASU’s School of Architecture, later traveled the world for six years, went to Harvard for graduate school and came back to be a faculty member and an urban designer with the Joint Urban Design Program at ASU.  While at ASU in the early 90s, Kevin was a part of some pretty major visioning projects in the Valley that have now come to fruition such as the design charrettes on 24th St. and Camelback, the South Mountain area, and Jackson Street.  He was even involved in the creation of the Urban Village model. After a long stint of living and working in Phoenix, Kevin later moved to the Bay Area because, as he puts it, “my wife was tired of dodging gunshots in our neighborhood.  It didn’t bother me so much because that’s the kind of work I did.  But we moved to northern California, to the Bay Area and I’ve been there ever since.”

The reason I interviewed Kevin is not only because of his deep understanding of urban design, his love for his home town of Phoenix, and his tremendous intellect, but also because of his interesting perspective on what we should do next in Phoenix due to his experiences in San Francisco, Boston and the various other metropolises he’s lived in.

Kevin is such a wealth of information and knowledge, I’m not be able to capture our entire conversation in just one post.  So here’s Part I:

Kevin on what an urban laureate is and how he happens to be our first one:

A position came open at (the ASU) Stardust (Center) and it was a Design Director position.  The new executive director Kurt Creager decided to reformat the position into this urban laureate position.  He felt that given the situation right now, he didn’t really see the need for architects.  He said, we’re not going to be building anything for a long time and what we should really be working on is policy realignment, development of better financial models, capacity building and sustainable urbanism.

Living in the Bay Area, I’ve been involved with a bunch of transit-oriented projects and all kinds of things you can’t really do here like urban road boundaries, inclusionary zoning, low income housing, redevelopment projects, and the usual mid-rise, mixed use integrated types of projects and a lot of public involvement.  So that was kind of where he wanted to be able to take the Center.  He created the laureate position which is a one-year rotating position.  And the job of a laureate is to simply elevate the conversation about urban life and sustainability in the metro phoenix area.

On what he finds delightful about Phoenix:

Obviously the Sonoran Desert is just amazing and I’m motivated to preserve the desert.  That underlies just about everything I’m doing.  The whole sprawl and digging up the desert just kills me.  It’s a limited resource, it’s precious, it’s beautiful and misunderstood.  So I feel very protective of the Sonoran Desert.  That I think is the most amazing thing. In that I include all the mountains and the rivers and the washes and the wildlife.  It’s just really unique and special.  So many people here are not from here and they miss the grass, the rain, the trees.  It was weird growing up here because the department stores were ready to tell us to get out our sweaters to get ready for the crisp fall weather and it’s like they weren’t connecting the dots. Another delightful thing is how much the desert has become part of day to day life, how much people love it and have embraced it: desert style, the whole thing with excessive heat warning days and everybody carrying around their little water bottles and their umbrellas in the sun.  I think people are really starting to connect with it on a personal level, so that’s pretty cool.  Just about everybody knows what a heat island is.

The other thing I think is cool are all the small businesses.  The big sweeping moves that have been Phoenix’s stock and trade I think have just not fulfilled their promise.  They’re either too big or too grandiose or too boring to inspire people.  Usually that’s the way you should work is to make a big plan, but we make it too big.  It kind of goes along with the Hummer and the big-box and super-sizing everything.  It just gets boring.  So what I find most delightful are the small little things, like this place Giant, like Lux, like the little bike shops, like all the crazy little events that people pull together, the little Mexican food places, the little meeting places that are independently owned. People have a real sense of personal authorship with those things.  It’s cool.  I think if you develop a little orbit, you can piece together a life.  It’s not so easy but if you think about it and you work at it and you get to know people and you’re loyal then you can find places to shop, places to hang out, places where you can enjoy culture or enjoy your friends and places to go recreate.  If you start repeating it over and over, I think barely, there’s just enough to keep someone interested.  In other cities, it’s such a no brainer like in San Francisco, you don’t have to be that perceptive to have a great time.  You don’t have to work very hard at it at all.  And New York is the same way.

On the challenges facing us in Phoenix:

Well the main one is that we have some civil rights issues in this community.  I’m struggling to come to terms with what that all means.  Where did it come from, why do we tolerate it?  I’ve lived in a really racist city that’s gotten over it like Boston and a really open city like San Francisco which still has its struggles but in general pretty much anything goes and it’s all ok.  I grew up thinking this was the west.  And it feels more like the new south to me and I find that disturbing.  This day and age, 35, 45 years after civil rights what we are talking about is shameful.  And it hurts our economy terribly and it’s demoralizing.  I think that’s a huge issue.  I have my son who’s like, how did this happen?  Well I know that a lot of people came here in the 60s and 70s in the white flight era.  They moved from Detroit, Minneapolis, Pittsburgh, Philadelphia. All those places had regional (race) issues and they just got away from all that.  Did they move to Phoenix and try to create an all white city?  That freaks me out.

And we’ve developed a culture of disengagement. That cowboy mentality of ‘don’t bother me, I’m an island unto myself’.  I just say to people that that guy is the kind of guy that would never borrow someone’s jumper cables.  Too macho.  We don’t have an engaged community.  The level of engagement in politics and public life is very low.  People tend to hole up in their houses in the air conditioning and watch a lot of television or go to their private events or get into activities with like types like league sports or churches or whatever it is so they can be around other people who are just like them.  All their fun stuff tends to be right around their house.  They have a pool and they hang around and they don’t really get out that much.

I know, it’s good stuff.  Stay tuned for more of my conversation with Kevin in tomorrow’s post!