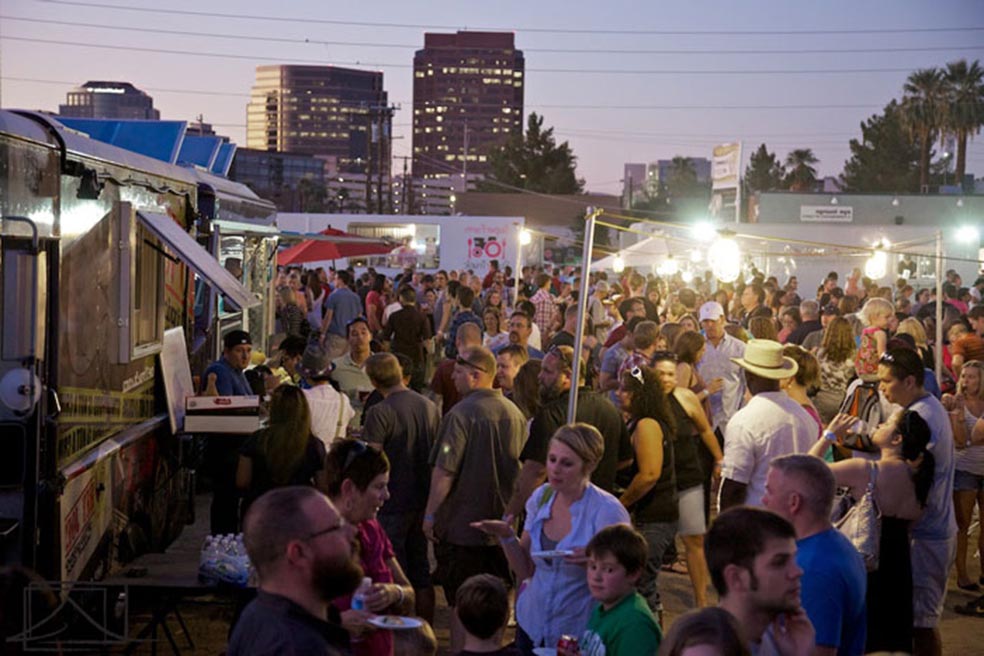 A Development Crisis in One of Phoenix’s Most Vibrant Neighborhoods 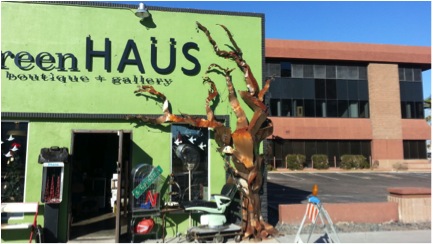 2015 has brought to downtown Phoenix new multifamily development projects that have awakened and alarmed local stakeholders. Any of these developments on their own would probably have ruffled a few feathers but then continued on to completion would be just one more minor erosion of urban fabric that we would adjust to. However when they all come up at once, the challenges of maintaining our progress towards a revitalized and sustainable downtown become all too stark.

The three projects that have caught the community’s attention are, from west to east:

1.  Wood Partners redevelopment of the old Morgensen Motors / Pappas School lot at 7th Avenue, south of Fillmore, which may also affect the planned east-west paseo and could require the demolition of the Alexander Nash Service building next to Milum Textile. 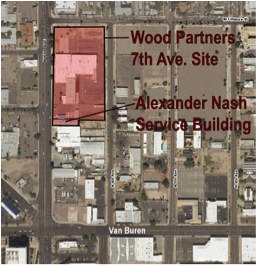 2.  Baron Properties redevelopment on the north side of Roosevelt, west of 3rd Street, demolishing both an office building from about 1984 and GreenHaus, which occupies the late 1940’s building that was the home of the venerable 307 lounge. Their larger project would also fill in the vacant lot south of Roosevelt at 3rd Street with condominiums.

3.  Wood Partners redevelopment of almost the entire block north of Roosevelt between 3rd and 5th Streets, including Canvas and two old houses, the Wilcox house and the Pappas House, known to many as the Bodega.

Each of these projects proposes monolithic, multifamily developments of about five stories in height, mostly inward-looking, containing only living units. No commercial space would be included on the ground floor. Little pedestrian traffic coming in and out of these developments would enliven the street, since circulation to parking is generally planned to be internal. 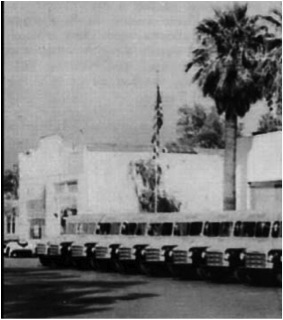 How These Projects Damage the City

Taken together, these projects illustrate a trend. The development pattern is to first find an up-and-coming area where people want to be, preferably with amenities nearby or soon to come, assemble the biggest cohesive block of land that you can, then clear it to dirt and build the most residential units you can at the lowest cost. Because of building code limitations and pure economics, this has come to mean four stories of wood frame construction over a masonry base, which is used for parking. Note that the pattern is all about “what can the community give to the development,” not vice versa.  Synergies and creativity are not part of the formula, because they can’t be quantified.

Given this scheme, any existing urban pattern, structure, or building that is not protected by law, ordinance or some other legal impediment is just ground cover and can be ignored. There is no value, and in fact there is a cost, to working with or around anything that disrupts a symmetrical, orderly, and regimented building structure; the cost arises because any deviation from the ideal plan results in inefficient use of space, and reduced unit or parking counts.

For the projects on Roosevelt, together with the might-as-well-not-be-there commercial space at Roosevelt Point you would have a dead zone some 900 feet long on the north side of Roosevelt and 600+ feet on the south, right at the heart of the Roosevelt Row district. That’s a two- to three-minute walk.  This is truly an existential threat that must be extinguished if RoRo is to survive.

Furthermore, there is something to be said for small-scale, fine-grained urban fabric (a.k.a. existing buildings) and what it contributes to the sense of community, whether or not it is “historic.” For some reason, policy makers and developers alike have come to think that there is value only in buildings that are National-Register-of-Historic-Places material. Our zoning ordinance recognizes these properties (where property owners have allowed it) with an “HP” zoning overlay, offering a minimal level of protection. But what about an average, isolated, old house with a Bodega in it? Not eligible. Old Circle-K, converted to trendy restaurants, and a neighborhood hangout? Not old enough. Brick commercial building, with cool trusses inside, built up to the sidewalk, but with the old storefronts stuccoed over? Not intact enough. But all of these are little bits, pieces, and remnants of old Phoenix. Not that these features need to be honored as little museums or restored to their former glory, but the built environment is richer, more complex, more interesting and more livable if  they are worked into redevelopment plans. Without a critical mass of old development in a place it loses context. As we bring out the giant development eraser every 50 years, we will be forever asking ourselves who we are.

We have been blessed in one way by the five-year real estate depression that has given downtown a reprieve from the development craze that led to it. In that time, our arts districts have suffered, evolved, and survived.  The Local First movement has taken root. The breathing space that was provided gave us a chance to look at our plans for the future, and enact newer and wiser development planning.  Green shoots abound as new restaurants, entertainment venues, bike shops, and other businesses have become established. But now as the economic engine reawakens, the development industry seems to be taking up where it left off, and no successful enclave of grassroots placemaking can be considered safe. If this can happen in Roosevelt Row, it can happen on Grand Avenue, on McDowell Road, or in Melrose.

In the Short Term…

These selfishly motivated developments that cancerously devour our best places and our best potential places must be stopped or forced into radical re-thinking of their approach.  There are a number of options being discussed that are best not outlined here that can have powerful effects. However the most important thing would be for community members to rise in unity (and I mean everybody downtown) and demand that the City of Phoenix machinery be mobilized to intervene. We have seen issues like this come up many times over the years, when it was thought that all was lost, and when the community said “LIKE HELL!” and somehow new possibilities emerged. Two preservation examples spring immediately to mind – Tovrea Castle and the David & Gladys Wright House, both how trumpeted as triumphs of the citizens over developers.

In the Longer Term…

The rules are stacked against the community and in favor of the developer. The developer’s defense is that requested changes to his plans “aren’t feasible” or “don’t pencil out,” but that is only because of the assumptions that were made at the start of the game. If it was made clear that the community would not stand for the removal of critical elements of its fabric from the beginning, we would likely not be having this conversation, or at least not be playing defense.

The Downtown Code section of the zoning ordinance was supposed to address this sort of thing. It is increasingly obvious that the DTC is a well intentioned, but weak and failed attempt at guiding development. As an example, the East Roosevelt “Character Area” has an intent statement that reads:

The primary intent of the Evans Churchill East Character Area is to be a continuously evolving arts-oriented mixed-use community. Home to unique art galleries and trendy restaurants, the existing character consisting of arts-oriented uses coupled with various small businesses should be preserved and additional developments should be consistent with this character. New mixed-use development shares space with old bungalows and historic homes, and new live-work units provide additional commercial spaces to cater to the needs of artists. (Emphasis added.)

The RoRo developments in particular are starkly out of step with this statement of intent. But while the promise of this vision was made during the planning of the area, the ordinance has no teeth to dictate compliance. It will not stop them from sterilizing the landscape in preparation for seeing their clean, new development. It will not incentivize them to do better, because there is nothing you can give them that they want. Neither carrot nor stick is available.

I am hopeful that a better model is at hand, in the newer form-based code that has been written as part of the Reinvent Phoenix effort along the light rail lines. The new code is much more prescriptive than the old one – specifying exactly what kind of development is appropriate on each given lot, not a menu of many. Form-based codes have also been written to more effectively encourage, if not require, the re-use of existing “character buildings.”

Once the new codes are on the books, comprehensive, community-based planning exercises can be undertaken where everyone gets to decide what form future development will take. In the end it would require re-zoning under the new chapter of the ordinance, but the result should be improved control. (I am chairing the Planning Committee of the Grand Avenue Members Association [GAMA] and this is the approach we have been discussing.)

Photo Credit: Lead photo from RooseveltRow.org. All other photos and images courtesy of the author.