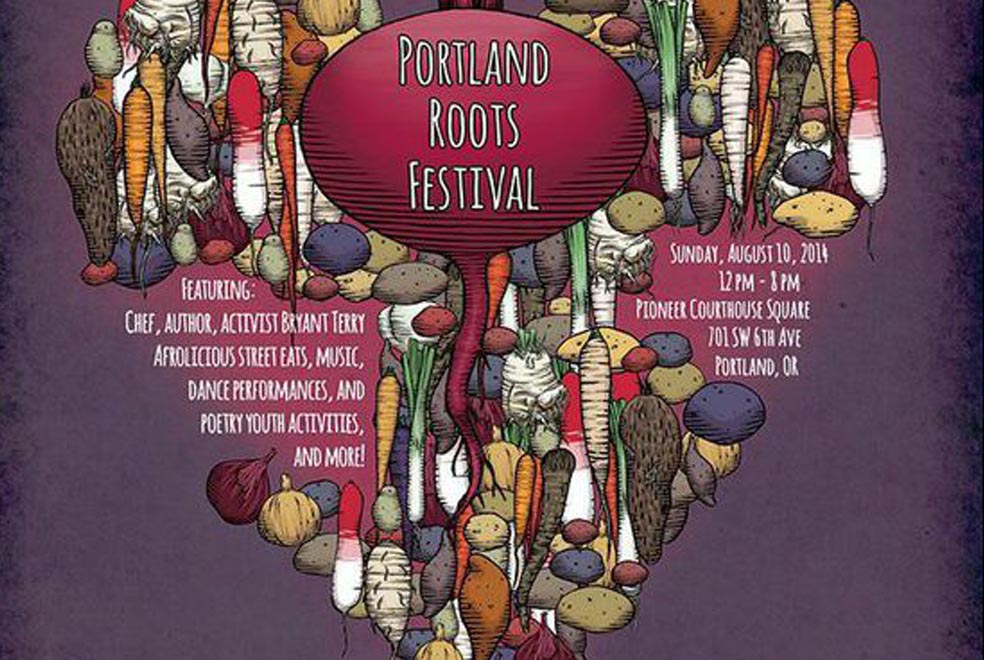 The Portland Roots Festival is this Sunday!

The festival is out “to promote healthy living through nutrition and exercise by tapping into the rich and ancient sustainable food practices of the African people…[and] highlight the different yet similar avenues these cultures took through celebrating the food practices of African-American, Afro-Caribbean, Afro- Latin, and African Diaspora populations of Portland.”

Nuhamin Eiden, Resident Services Coordinator with the PCRI and one of the key organizers of the festival, reminds us that sustainability isn’t a new concept. Communities have been using sustainable practices since ancient times and this knowledge has been passed down through generations. There is a great opportunity, says Eiden, in tapping into this deep and rich body of knowledge of “sustainability in its raw sense” that immigrants bring to the US with them. Eiden’s work has been to find the intersections between the traditional, cultural knowledge of immigrants and modern day American interest in sustainability and bring them to light. One goal of the festival is to uncover and celebrate otherwise “hidden” knowledge that stays with immigrant communities and sometimes disappears over time as immigrants try to assimilate into the West.

PCRI has partnered with a variety of local community organizations to organize this festival including Earth Wisdom Alliance, the Urban League of Portland and Black Women for Peace.

Some of the performers to look forward to at the festival include:

Some of the food vendors slated to be at the festival include:

The festival will take place on Sunday August 10, 2014 at Pioneer Square in Downtown Portland from noon to 8pm. See you there!

Tags: portland roots festival
« Is Biking Only for Fit White People?  |  Biking is not a race issue, or is it? »