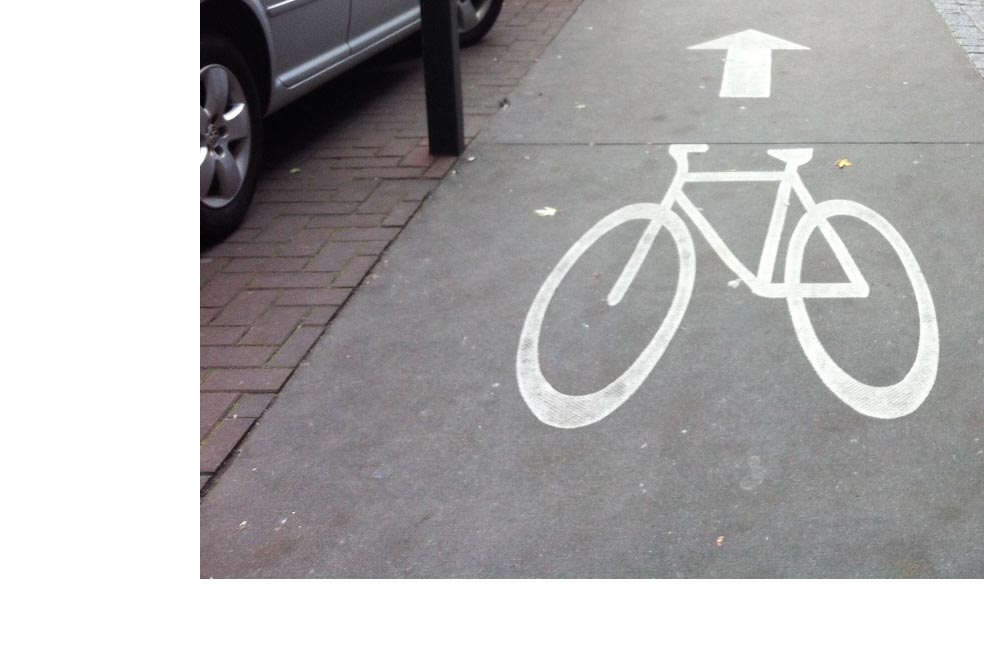 When the city of Portland was getting community feedback on its 20s Bikeway Project, it ran into a lot of opposition from businesses along NE 28th Avenue, north of Burnside for adding bike lanes along that stretch. Their beef was with the fact that the added bike lanes would eliminate on-street parking in front of their stores, thereby putting off potential customers. Unfortunately, the mistaken business owners got their way and the new proposed route for the bikeway is two streets over on NE 30th. Be careful what you ask for I say, those very bike lanes they railed against may have been a boon for their business and now that cyclists are going to go another route, they will be losing a bunch of potential customers.

Lest more businesses make this same mistake – choosing on-street parking over bike lanes – let me explain why bike infrastructure is good for business. Here are 6 reasons:

1. “I don’t even know what new businesses are on Hawthorne Boulevard,” said my car-free friend Carye the other day, “because I can’t bike on that road, it’s not bike friendly.” When I thought about what she said, I realized I don’t know what businesses are on busy auto-oriented thoroughfares either, because I don’t bike on those streets. That means businesses on roads without bike infrastructure are routinely missing out on income from people like me and Carye.

2. You can get up to 12 bike parking spaces for every car parking spot. So fear not losing a spot or two or six. Just replacing one car parking spot with bike racks will yield you 12 customers you wouldn’t have had otherwise. A Swiss study into parking space profitability found that each square meter of bicycle parking actually generated €7500 compared to €6625 for cars.

3. Cyclists tend to shop closer to home and shop more often because they can’t buy things in bulk! Angie Schmitt of Streetsblog tells us that, “a study from the Dutch city of Utrecht found that whilst bicycle-based consumers spend less per transaction, they make more visits and spend the most collectively. This isn’t the only connection – a German study found similar results, calling cyclists ‘better customers’ due to them making eleven trips per month compared to seven for motorists.”

4. Cyclists are also more likely to stop and buy something because they’re going slower than cars. Not only are they more likely to see your For Sale sign and your storefront display, but they are more likely to stop in because it’s easier to stop and get off your bike than it is to stop and get out of your car (especially when there is plenty of bike parking). “When people use bikes for errands, they’re the perfect customer: the kind that comes back again and again. They spend as much per month as people who arrive in cars, require far less parking and are easier to lure off the street for an impulse visit,” says Michael Anderson of The Guardian.

5. Car-free people on their bikes have extra spending money because they save $6000 a year on average on gas and car maintenance. This is money they could be spending at your store!

6. Bicycle infrastructure helps slow down traffic, which is good for business! Slower car traffic is more likely to result in drivers stopping into your store instead of people who are whizzing by as if they were on a highway. Also slower traffic promotes safety, which attracts both bicyclists and pedestrians, who are also more likely to stop in your store and buy something.

Photo Credit: A protected bike lane in Vancouver, BC. Photo by the author.