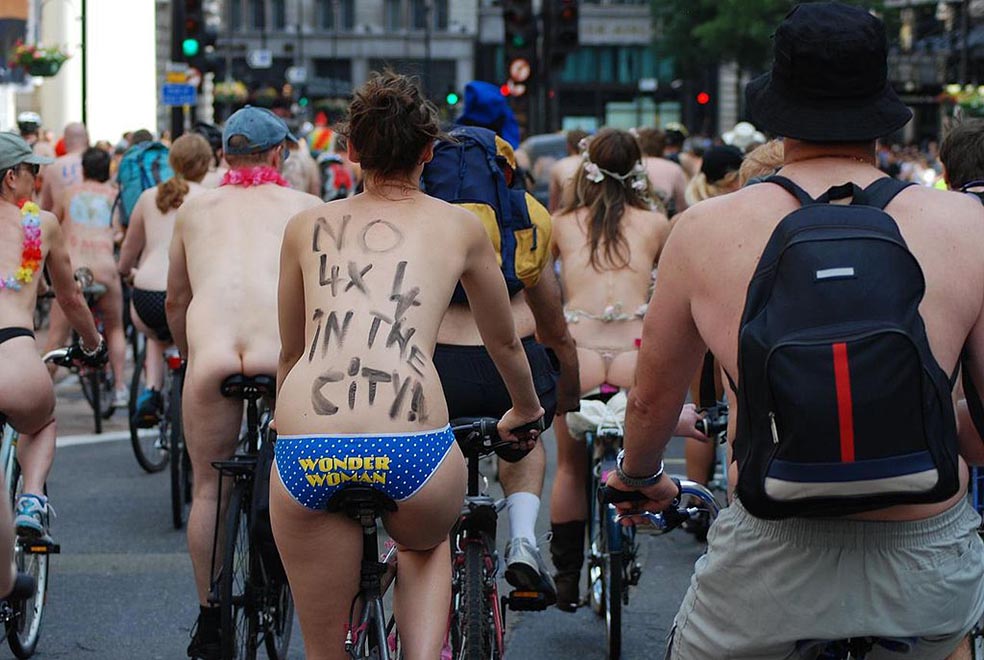 The World Naked Bike Ride in Portland is just a few short weeks away, taking place on Saturday, June 8th. Yes, people will be riding naked on their bikes, but for a good cause. The worldwide bike ride highlights “the vulnerability of cyclists everywhere and decries society’s dependence on pollution-based transport” and is meant to bring people together in support and celebration of cycling.

A little bit of background:

What does riding naked have to do with bike advocacy?

The idea of being naked has some metaphorical similarities to the idea of cycling. Here’s what I mean:

Too shy to ride naked? Don’t worry, the dress code is “As Bare as You Dare”. You decide what you’re comfortable with. While you’re not required to go buck naked, bodypainting, bike decorating and creative expression are all “strongly encouraged” say the organizers.