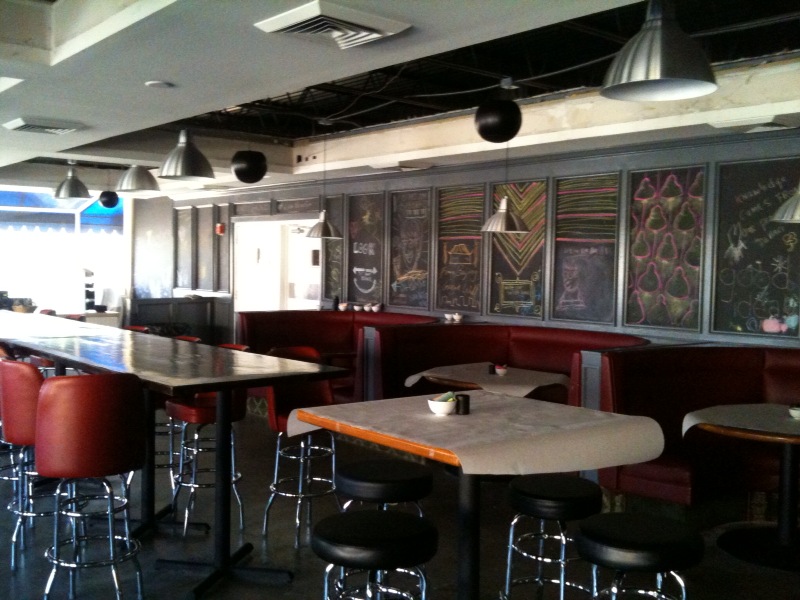 Meanwhile at the Lexington Hotel: Cycle and Poolside Gallery

There’s something remarkable happening at the Lexington Hotel, a place that has sat rather unremarkably on our landscape for quite some time now. Recently, Habitat Metro got control of it and has big plans to revitalize it into a boutique hotel with a focus on the arts community.

The Lexington hotel is located at an important crux point of our city.  It is between the Roosevelt neighborhood and the midtown museum area that includes the Phoenix Art Museum, Burton Barr and Margaret Hance Park.  If done well, it has the potential to act as a connector, catalyst and activator for both sides.  But that is a discussion for another blog post.

Between now and the time that construction begins on the renovation at Lexington, instead of just waiting around, Habitat Metro has decided to do something rather interesting.  They’ve decided to install a pop-up restaurant called Cycle where the old restaurant used to be.

The current but ever-changing (thanks to the chalk on the tables) interior of Cycle.

Whereas the old restaurant was nothing to write home about, Habitat quickly transformed it into a hip, happening place with nothing more than chalkboard paint and removing some of the ceiling to expose all the messy infrastructure above.

I love the name Cycle, by the way.  It points to the temporary nature of the pop-restaurant, but I also appreciate the nod to cycling in Phoenix.  The “worlds longest bike rack” that Habitat put in on Portland proves it:

And with the intention of kicking off the focus of the renovated hotel for the arts community, they’ve created gallery and studio space called Poolside Gallery for two artists, Kyle Jordre and Jenny Ignaszewski on the first floor that used to be a wing of hotel rooms. 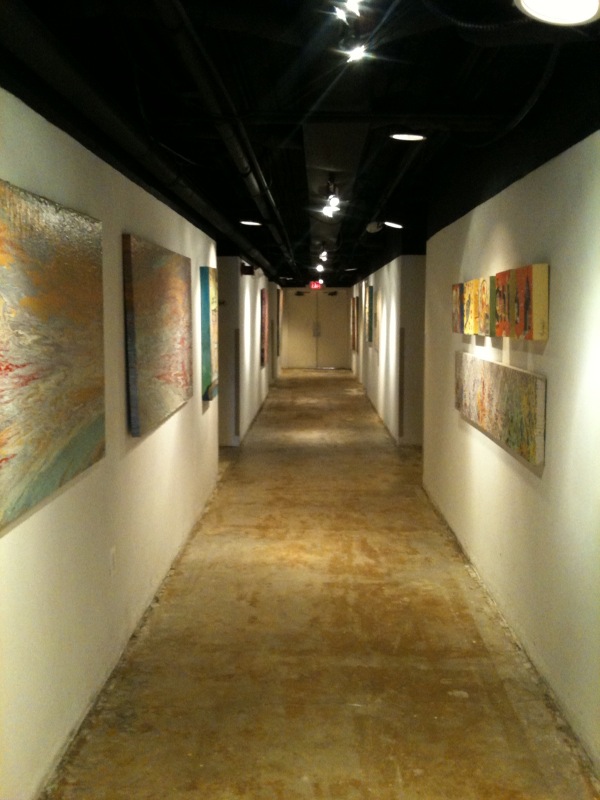 The instant hallway gallery achieved on the first floor with some black and white paint and some floor stripper. 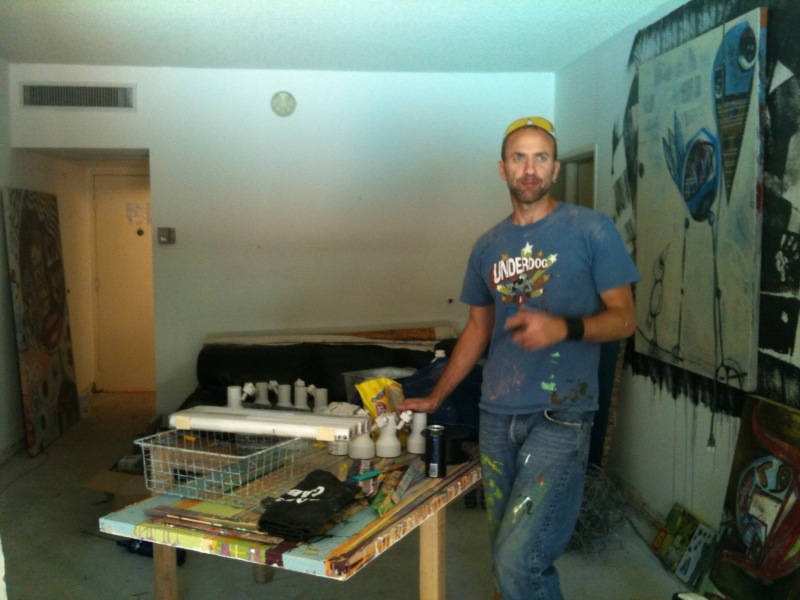 Artist Kyle Jordre at his studio overlooking the pool at Lexington.

Pop-up restaurants and pop-up galleries have been happening in big cities like London, New York and San Francisco, but here?  In little ol’ Phoenix?  Well thanks to the visionary partners of Habitat Metro like Feliciano Vera and Tim Sprague, the answer to that is yes.  Yes we now know what it feels like to have instant community, an instant party, an instant real-city feel thanks to Cycle where food trucks come and rotating chefs and mixologists show off their skills. But don’t get too enamored by it all!  It’s temporary and that’s the point.

Can our city of cars and scant pedestrian activity support such a notion of temporary activity?  Let’s see.

But meanwhile, I’m so happy to see a place that’s supporting our local food trucks, chefs, mixologists and artists in this in-between time before construction begins.