On the 24th of March, I spoke with Architekton principal, John Kane at his fabulous Downtown Tempe office.  Below is part I of our conversation: 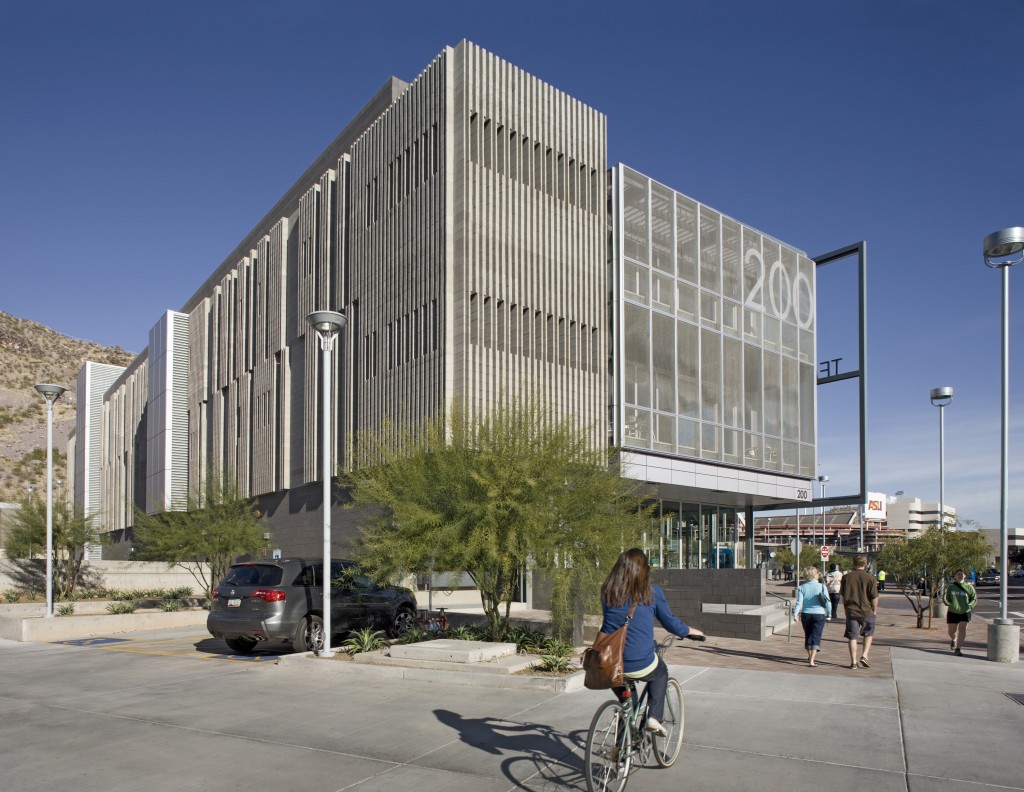 The architect who’s influenced John most:

“In the early days, Zaha Hadid was one of my heroes.  She still is one of my heroes.  But I think she’s the one, when I was in school, the profession was going one way and she kind of shook it all up. I think I’ve always admired that kind of panache and the excitement in the way she works and the art of the whole thing.”

“Eddie (Jones), Wendell (Burnette) and Will (Bruder). Will and Eddie have been doing great stuff longer than I have.  And Rick Joy, there’s just a lot of talented architects in Arizona.  It’s extremely exciting to see what they’ve been doing.  It encourages you to try to keep your game up.  Not that you get to that same level, but you keep trying.”

Architekton’s take on architecture that responds to the Valley’s climate:

“We live in this crazy, extreme climate that is kind of brutal.  The idea is how can we create projects that reflect that?  Almost like they have have the same kind of texture (as the desert). And they (have to) play with the sunlight.

We have this extreme sunlight, so form is an interesting way of doing it.  There is the idea of light and shadow, so when we shade windows that shading can have the play of light and dark and texture, there’s a harshness of how a building relates to that.

And then we have our climate (when it’s pleasant outside) and you want to open up the doors where the hard shell (of a building) can actually reveal a nicer, easier, indoor-outdoor relationship.

The longer I’ve been doing this I realize that it’s about striking that balance between that defensive, self-evident response to the climate and the conditions and the other side, other times of the year, we want it to be just the opposite of that.  How does a building do both?  The search for that has been an intriguing one.”

“The interesting thing is we’re starting to do projects that are much more urban and so we’re trying to relate to the pedestrian, which I think is really exciting. So how do you do both?

How do you make a building that is both defensive to the climate and to the sun, but at the same time has got a human touch, an openness and an inviting flavor that you want to interact with, you want to be a part of, so it’s not a mean or a nasty building? That’s an interesting duality.”

How the client plays into the project:

“We try to respond to the clients themselves and make sure that we can talk about all this other stuff and there is still the identity of the client that wants to come forth.  Most of our work is community based.  It’s all for one city or another or on a campus.

So we have to be very cognizant of that personality and allow it to come to the foreground so that you make that connection. You can’t pick this building up and put it in the next city. That’s another interesting object to pull off, to put your own ego and personality away so the community can come forward.  We try to strike that kind of balance and harmony.”

On the basics of sustainability:

“The first thing is, from an architectural standpoint, the idea of creating a building that, like I mentioned, is harmonious.  It’s defensive when it needs to be, but it can also then take advantage of the great weather.  This idea that you’re shading glass and hopefully orienting the building correctly.

But first and foremost, the most sustainable thing you can do is create a building that will be flexible enough to adapt over a long period of time.  So you want to create a building with durability, and you want to build with flexibility in mind.  It’s the notion that we don’t have to tear the building down, because it’s only good for one thing.

A building that will last 100 years is better than doing something cheap, tearing it down, throwing it in the landfill, and building something else. So that’s also really important to think about.

And then there’s all types of other things in terms of sophistication of mechanical equipment and it goes on and on and on.  But most of the times, we don’t have the money to do all that.  So we want to do the basics really well first.”

On how sustainable buildings ask their occupants to interact with them differently:

“The other thing that’s interesting about sustainability is that the more people use the building the more they have to engage the building to get it to adapt to their needs.  It’s the idea of getting up and having to adjust the shades, the idea of adjusting the air at your desk .  There’s more interaction, you might have to put a coat on, or you might take a sweater off.

We have a responsibility too, the building can’t do it all for you.

So that becomes the real interesting kind of challenge. How do you design a building that encourages people to break the habits of just going and turning up the air conditioning and playing with the thermostat? How do you come up with alternative ways of doing that?  That’s a more elusive thing.”

On practicing architecture in the new economy:

“A lot of the work is different than what we’ve done in the past, a lot more remodels, a lot of renovations, planning and things like that.  It’s all important.  I think we’re going to be doing a lot more renovations and a lot more smaller projects as time goes on.

The days of building brand new buildings are probably gone.”

John’s 5 favorite buildings in the Valley:

“I always liked ISTB 2 that Jim Richard did over here at ASU.  It’s a really neat building where they did core slab and it’s exterior loaded.  A really simple diagram, real clean, expresses a lot of the systems.

Obviously the Phoenix (Burton Barr) Library that Will and Wendell did.

They don’t have to spend a lot of money.  Something like the Agave Library that Will just did is an interesting example of that.

The new St. Francis that is a remodel that Wendell just did.  Just beautiful little projects that set a really great example.

The South Mountain Community College Theater that Jones Studio did a while back.”

“Obviously Taliesin West is one of my favorites.  Every time I go out there, I discover new things.  There’s a breezeway there where you don’t feel any wind until you get into this breezeway.

And it’s just automatic.  It’s just how he (Frank Lloyd Wright) shaped it, I think it’s an amazing lesson in terms of really understanding the desert and what you can do through architecture and form to shape and create air movement.

And you end up creating microclimates.  That just fascinates me.  We need to figure out how to do more than that.”

Stay tuned for part II of my conversation with John to be posted tomorrow!