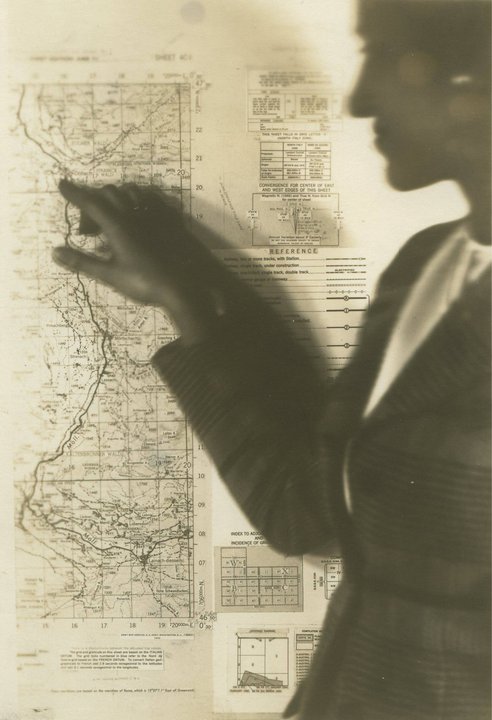 Map got your tongue?

Prepare yourself for a lot of tan with a bit of green background, courtesy of Google Maps. I am not an employee of Google nor do I play one on TV. I do not own Google stock out-right — dang it! — but I may have a few shares in the bowels of some mutual fund I hold. With that said, I enjoy making Google Maps because I’ve been a fan of maps and flags of countries since childhood. Thank you National Geographic.

And it’s true, a picture is worth a thousand words.

You’re now reading Blooming Rock, “Your Personal Guide to Architecture in Phoenix.” Ha! I grabbed you by the Internet throat and pulled you in — using maps! — to learn a bit more about Phoenix’s architecture and built environment of the past. Gotcha, didn’t I?

Over the past seven years the City of Phoenix Historic Preservation Office has commissioned three surveys of historic African-American, Asian-American, and Hispanic properties and neighborhoods in Phoenix. Each provides an excellent overview of the cultural, political, and social history of the ethnic group and identifies local places associated with these historical themes.

I read each survey cover to cover, fascinated with the text and photographs. But something was missing… a map. So I “cut and pasted” the addresses of the African American historic sites and plotted them on the map below. Some interesting things were revealed that only a map could show.

QUESTION FOR YOU: In talks before groups and classes, I point out the fact that the bulk of the African American historic sites described in the survey are located in downtown Phoenix and south Phoenix. But then I ask, what is the “outlier” and why is it important in Phoenix history?

Four years before the coffee table book, “Midcentury Marvels: Commercial Architecture of Phoenix, 1945-1975,” was released in January 2011, the City of Phoenix Historic Preservation Office commissioned a Historic Buildings Photography Project and companion brochure on 25 buildings and sites that represent Phoenix’s postwar architectural heritage. The photographs were exhibited around town and the brochure is available for download.

Map-Meister-Me got busy adding the 25 addresses into a map. Why I used magenta pins, I’ll never know. But anyway…

QUESTION FOR YOU: Why so many along North Central Avenue?

Several years ago I was proud to serve on Donna Reiner’s thesis team for her M.A. in Historic Preservation from Goucher College in Baltimore, Maryland. After numerous months of team meetings, 1:1s at MacAlpines, e-mails, green pen edits, and final defense of her final draft, the mighty tome was completed. “Follow the Money: Identifying the Custom Architecturally Designed Branch Bank in Phoenix, 1950-1975” is a landmark study in Phoenix’s important role in advancing a business concept (branch banking) and use of architecture as a marketing tool.

Knowing that Donna had her hands full with other research-related activities, I said that I’d whip up a map to see what, if any, patterns or interesting tidbits stuck out.

QUESTION FOR YOU: Why so many green pins?

Today’s Phoenix History Maptravaganza continues with a compilation of “From the Arizona Room” online columns about historic and vintage buildings in and around downtown. Si Robins, a fellow Midwest transplant and managing editor of the Downtown Phoenix Journal, regularly visits the Burton Barr Central Library to research interesting places he spots as he walks, bikes, or drives around town. Some you’ll recognize and some you won’t, but all have a story to tell.

What I didn’t know when I said to myself “Hey, what about a map?,” was how prolific Mr. From the Arizona Room Si was. Fifty blue pins later…

QUESTION FOR YOU: On the surface, I don’t see any pattern or theme. Most of the locations are south of Interstate 10, but then that’s “downtown Phoenix” and Si edits the “Downtown Phoenix Journal.” Is there a proclivity for dining establishments or coffee shops (as that’s where I often see Si)? What can you come up with?

View From the Arizona Room in a larger map

Last year the Phoenix Historic Neighborhoods Coalition announced its first-ever Most Endangered Dozen Historic Places list. The group hopes that by calling attention to the most threatened historic sites, the public, press, and policymakers will become more aware of their community’s threatened heritage and take action to assist in their preservation.

In the two months after the announcement – I hesitate to stir the Forces of Evil in case they’re reading this – one building along Roosevelt Row was torched and another was demolished by its new owners to be replaced by a McMansion, Arcadia neighbors say. Fortunately, there is positive movement with numerous others on the list.

QUESTION FOR YOU: Do you agree with the selection? What would you choose otherwise? Do you think such lists help? Okay, that’s three questions…

A city, like any living organism, is always in a state of change: good, bad, and downright ugly. A few years back, for a project I was working on, I compiled all of the formal and informal revitalization efforts that my brain had an inkling about, plopped them on a map, and took the added step (RISK?!) of critiquing their success (or lack thereof) and potential. Numerous other “fine-grain” projects that help make a city a community have sprouted up since the initial map.

Here’s the color code: BLUE: Successful (Maintain!), GREEN: In Progress, YELLOW: On Hold; Caution, MAGENTA: On Life Support, and RED: Failed. When you click on the larger map, you can click on an individual colored-pin for some “color commentary” and background information (several have been updated since the initial map was created).

QUESTION FOR YOU: I’m certain there are readers of this blog who will disagree with some of my critiques. That’s fine and dandy. Please share your opinion and continue the dialogue. What would you add to the list? Where am I off-base or on-target? What’s missing? What do we still need to do?

And last, but not least…

For the past year, I’ve encouraged most every person I meet and every group or class I speak in front of to GET INVOLVED. There’s no better time for smart, creative people to utilize and showcase their talents for something that the great majority of Arizonans view as a positive: the centennial of the place they call home. Yes, there’s little to no funding (it was swept into the General Fund to help make up for the state’s budget shortfall). Yes, we’re (still) in the midst of the Great Recession. Yes, our lives are busy.

But here’s a map of Centennial projects that individuals, non-profit groups, businesses, and governments all across the Grand Canyon State are working on and plan to complete. The list is extensive (and I admit I need to do some updating). Bottom line: it’s great to see the variety of things people, just like you and me, are working on because of their interest and love of their state.

QUESTION FOR YOU: What interests you? How can you apply that interest to the Centennial? (You really can and should.)

Okay, I’m mapped out and I bet you are too. 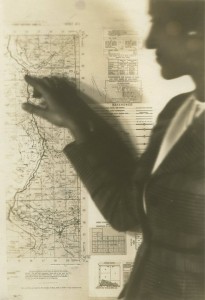 Two final questions, however. Who is this woman portrayed, mysteriously shrouded, and what does she have to do regarding this post? The first male or female, young or old, who answers correctly will win a copy of the latest David Mapstone mystery, “South Phoenix Rules,” by Jon Talton. Who will win?