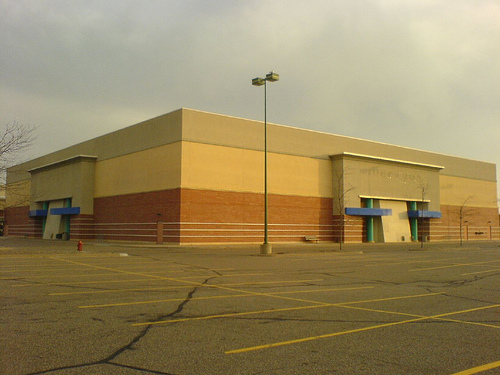 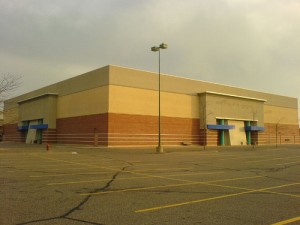 Retailers continue to abandon property in the Phoenix area with a net loss of 609,692 square feet, or 0.4 percent of the market’s total space, so far this year, according to CB Richard Ellis.

CBRE’s second-quarter MarketView for the Phoenix retail market shows a rise in vacancies to 12.2 percent from 11.9 percent last quarter and 10.5 percent a year ago. That’s the 13th consecutive quarterly rise. Vacancies are highest – above 14 percent – in northwest Phoenix, Mesa-Chandler-Gilbert and east Phoenix. Maricopa and Scottsdale reported the lowest rates at 4.1 percent and 6.9 percent, respectively.

The report also noted that empty big box space remains a concern for retail property owners. At the end of June, there were 305 spaces greater than 10,000 square feet on the market, totaling 8.3 million feet. That compares with 132 spaces and 3.9 million feet at the end of 2007, when the recession took hold.

Lease rates also are taking a hit, having fallen 8.2 percent from the end of 2009 to an average net asking rate of $15.95 per square foot.

Still some construction is under way, the bulk of that 572,091 square-foot total in east Phoenix and North Scottsdale, according to CBRE.

Looks like we’ll be surrounded by empty retail buildings for a while to come here in Phoenix.  Yes, it’s depressing.  But like most change, it brings with it opportunity and an incentive to think out of the box.  This isn’t a problem unique to Phoenix, it’s happening all over the country.  One woman, artist and professor Julia Christensen has been studying and documenting examples of communities reclaiming empty retail space for the last seven years.  She’s even written a book on this subject called Big Box Reuse.

Below is an interview with Julia about the interesting and creative ways communities are finding to revitalize these empty buildings.  Take a look and start thinking of ways the Phoenix community can reclaim all this empty retail space the Phoenix Business Journal is warning us about.

Excerpted from the article Big Box Trouble: Dealing with the Coming Plague of Empty Superstores from the blog The Infrastructurist, America Under Construction by Jebediah Reed:

Studying big box reuse is such a timely and fascinating project. How did you get started?
I began the project because I grew up in a small historic town in central Kentucky called Bardstown. It’s very well preserved with over 300 buildings in the national registry of historic places–and meanwhile Wal-Mart has expanded twice there involving three sites in town. The company’s original store, abandoned so they could build a larger structure on the other side of town, remained vacant for about ten years. Eventually the town needed a new courthouse building and they decided to build on that lot. Doing so really changed the civic structure of the town. It was very intriguing.

How so?
The town bought the whole lot including the Wal-Mart and all of the outlying stores. There was a Goodyear tire and a Radio Shack and a Chinese food restaurant and whatever. Those are now the police station, the EMS, and so on. There are also restaurants. It’s been turned into a government center.

So you guessed that other towns were dealing with the same problem–essentially a hole in the local fabric?
At the time it was just a hunch that other communities must be dealing with empty Walmarts and asking what to do with these buildings. I started doing research, found some sites, and went around the country documenting how these structures are being reused and talking to the people who are doing it.

Don’t they just feel like disposable buildings though?
Exactly. They give off this aesthetic of disposability–maybe because corporations leave them behind so frequently. But it’s funny because they’re really anything but disposable. All of the buildings that I visited in my book were first generation big boxes, some built in the 60’s. And these groups that I documented moving into them–turning them into libraries and schools and so forth–are not thinking in temporary terms. They’re thinking long term: 50 or 100 years.

Often these are what’s left after a regular old Wal-Mart morphs into a Super Wal-Mart?
Yeah, actually. In my book there are ten case studies and every single one was vacated because a larger structure was built nearby.

But my guess is that the fundamental dynamic is changing–that most vacancies these days are from retail chains blowing up. Linens N Things, Steve & Barry’s, and Circuit City all come to mind.
Absolutely. What I was looking at when I started this project is just the beginning of what we’re going to be looking at.

Circuit City in particular seems like a doozy. Have you heard anything yet about what’s happening with all these vacant stores?
Not specifically, but everybody’s thinking about it. And obviously we’ll begin to see soon.

What are a couple more examples of towns making creative use of an empty big box?
When I give speeches, audiences always love to hear about the Spam museum, which is in a renovated Kmart building in Austin, Minnesota and also the story of the RPM Indoor Raceway which is a gokart track in a renovated Wal-Mart in Round Rock, Texas.

Has the Spam museum been a civic success?
It absolutely has, in fact. The Kart in that case was in the downtown area. When they wanted to expand they relocated to the outskirts of town, but a lot of surrounding businesses also vacated in order to follow Kmart’s traffic. So a huge hole was created in the downtown area and remained for several years until the local corporation Hormel Foods decided to create a museum about their famous meat product that would draw people into downtown Austin. They had a design competition and the firm that won–Paulsen Architects out of Mankato, Minnesota–is LEED-certified and they tried to implement sustainable elements into the structure as they repurposed it.

So many levels of irony here: a sustainably-built Spam museum in a former big box store as a community project to save downtown.
Yes, there’s obviously an irony of thinking of a big box in terms of sustainability at all. Ultimately, I’ve just been trying to stress the urgency of the situation. By investigating how communities are dealing with the effects of this pattern of construction we’re also highlighting the fact that we need to change it.

Tell me about the Go-Kart track.
The RPM Indoor Raceway was in a renovated Wal-Mart building in Round Rock, Texas, near Austin. The business was started by two brothers and had league nights and community events all the time. At the site, there had been stipulations on the future use of the property when the real estate company acquired it from Wal-Mart. This tactic is often employed by big box retailers: the corporations that build the structures make clear what the buildings can and cannot be used for in the future to ward off potential competition. (And if you take the most obvious use of a big box building away–that is, being a big box store–somebody is going to have to get creative.) The Raceway was was being used as a “land bank,” a non-competitive renter, bringing in rent and activity. Unfortunately, after a couple of years in operation it was evicted, in part because the potential value of that real estate had gone up.

Part of the book’s innate appeal seems to come from this flip of sensibilities–a symbol of formulaic sprawl being transformed into something unique and local.
Well, I think it comes back to the pragmatic. There are so many hundreds communities that are looking at at least one big empty big box and wondering how to deal with the problem. That practicality is, in part, what is appealing about the book. You describe big box stores as unsustainable. In what way particularly?
The main thing is that they are built on a car-centric structure. So you can’t really get to these buildings without cars. Then there’s the acres and acres of impermeable parking lots, land that we’re just paving over.

Plus, each comes with its own infrastructure package which is generally useless for anything else.
Yes. No matter what we do with these buildings we’re still looking at millions and millions of dollars worth of corporation specific infrastructure that’s going into town after town.

Roads, extra lanes, and so on. Let’s just consider the parking lots for a moment. What do you do with all those acres of asphalt? Have you found any cases where they have been effectively transformed into something better?
Well, again it’s all relative. You know, what do you do? But there was a church that I visited in Pinellas Park, Florida–a reclaimed big box store–and they actually planted trees all over their parking lot, greened it up quite a bit. And what they found is that the companies around there began to green up their parking lots too. So they sort of raised the bar in the area. I’ve also seen communities, when they start to realize that these structures will inevitably be abandoned, stipulate things like greener parking lots or berms so the lot isn’t visible from pedestrian byways.

It seems to me a big box store’s primary characteristic is being ugly. Is there any way to make a big box store not ugly?
Well, one thing that communities are beginning to do is ask the corporations to build multiple facades on the front of the stores because it’s easier to break them up in the future–that way you can enter it from different access points rather than one major entrance. With the Spam museum, the firm that designed it did institute sidewalks and things so that it was actually very pedestrian accessible. They knew that museums are supposed to feed into the downtown shops. So it was a site where they really did work hard to implement sort of a pedestrian friendly atmosphere.

There was a library in Missouri that you documented that was a great case study.
Yes, Lebanon, Missouri. That’s an interesting story. They moved a library into a Kmart site. But the complex also includes a Route 66 museum which is a great source of pride to the community, being right on the old historic Route 66. They started this museum as the draw for enthusiasts that cruise through there. They also have a themed cafe. So they tried to develop a structure that would bring people to the library for multiple reasons and kind of get them to stay all day. They’re very successful and it was also a huge community-building effort–a lot of people donated time and energy and resources and skills to building the place.

Have you devised some kind of plan that other communities can use to replicate the successful examples you brought to light?
When I began the project I hoped that I could go in and find a template. Instead, I found that it was very much case by case–even the real estate packages vary tremendously from place to place. Sometimes there’s ten real estate companies from all over the world involved in one site: a company from Germany owns the building and somebody from California owns the lease on the land. It can be crazy.

It seems like there might be real economic opporunity for big box conversion consultants.
Well, I could be one myself, actually. [Laughs] I’m contacted all the time about this and I am kind of working on getting a group together that could help facilitate this.

Are other people trying to get into the game?
Well, I’ve got my google alerts set up so every now and then I see the website of a real estate company that’s started specializing in big box reuse because they read the book or something. I think that it is beginning to spawn stuff like that.