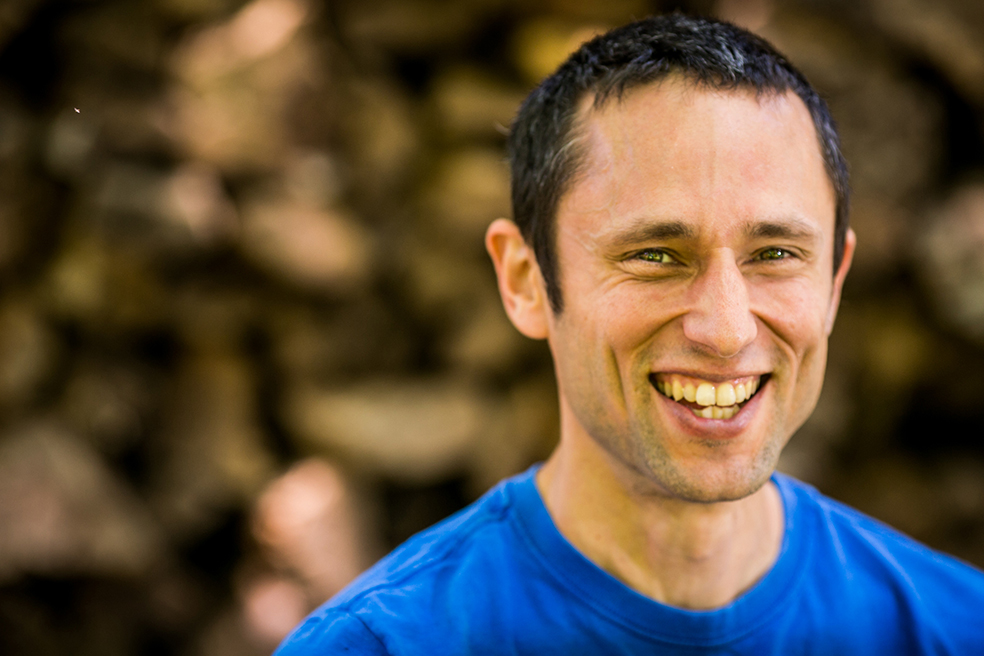 This captures the essence of what philosopher and author Charles Eisenstein had to say at the First Congregational Church in Downtown Portland last month. Eisenstein’s talk served as a shot in the arm for weary activists in the audience of the event organized by The City Repair Project.

Eisenstein began by lamenting the world we live in. It “is set up against the path that makes our hearts sing,” he said. For one it measures the kind of work that men do and invalidates the work women do. “The entire world we’re accustomed to,” he continued, “is an outgrowth of the mythology of separation and well being comes from the domination of the other and nature.” The world as it is emphasizes the separate self where growth means the conversion of nature into products and human relationships into services.

Eisenstein acknowledged that the paradigm of the separate self still dominates the world we live in, but it’s weakening and breaking down. “We are in between stories, the old story is breaking down. Just look at marriage as an institution, for example. It’s no longer what it used to be in so many ways.” He went on to say that, “something similar is happening at a collective level and many of us are entering into a bewildered stage. Though the old story is still dominant, it is hollowing out; our work is to help hollow out the core.” This is both hopeful and daunting to the people trying to make change.

And how do we do the work of hollowing out the core? It’s not by just participating in work that is having a large scale impact. We can do the important work of “disrupting the story of separation” by working at whatever level we are at. Eisenstein coached activists not to worry about scaling up their efforts but to do what they are doing well, no matter how small the scale is. “If you trust the story of interbeing, your job is to do your task well, whatever you’re doing, on a family level, on a local level or a national or global level. Maybe it will scale up, maybe it won’t. Or maybe it’ll take a more mysterious path that you can’t know in advance,” he says.

Eisenstein also advised the audience to take heart and be patient with the struggles they face. Because we are in between stories, what’s next has not become apparent yet, and all we have for reference are the old institutions, which are slowly crumbling. “There are not yet new institutions to welcome us, we’re trying to build new institutions without a guide book,” he acknowledged and that’s why it’s hard! But he urged people to not give up and keep the faith that their work, no matter how small, has an impact somewhere else. Eisenstein cited the work of Sheldon Aldridge and said that any change that happens in one place creates a field of change somewhere else.

To find out more about what Eisenstein’s philosophy, check out his most recent book The More Beautiful World Our Hearts Know is Possible.

Tags: charles eisenstein, interbeing, the city repair project, the more beautiful world our hearts know is possible
« 13 Community Resources in Portland that Empower and Uplift  |  A Letter to the People of Color in Portland »