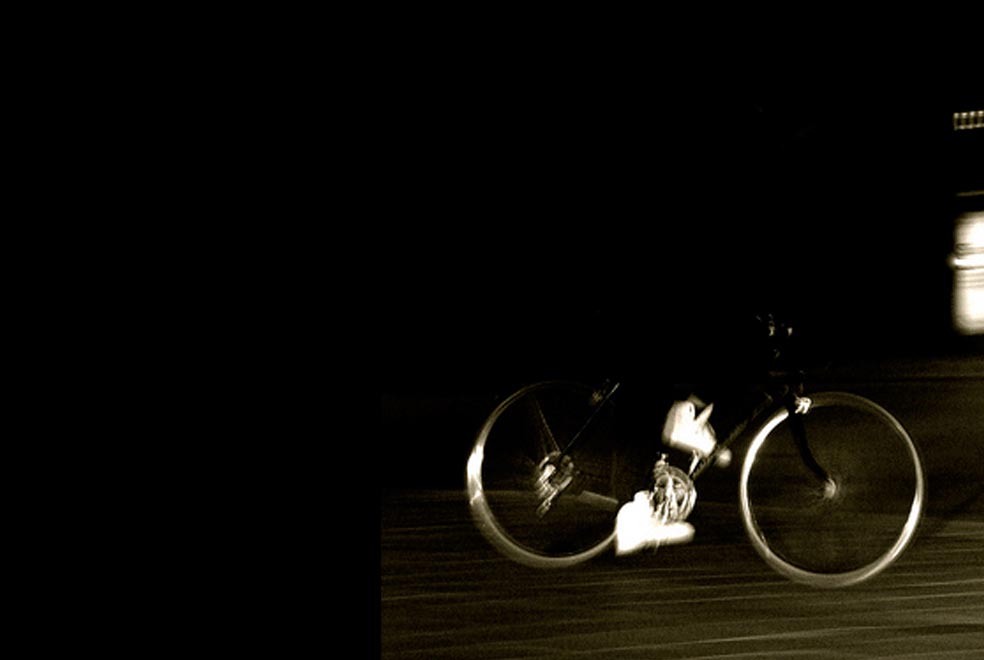 Biking is not a race issue, or is it?

Some bicycling enthusiasts will insist that there are no barriers to entering the bicycling community and that it is open to anyone who wants to join. Just look at the comments on my post, Is Bicycling Only for Fit White People? And a lot of people will insist that there are certainly no racial barriers to bicycling. This may technically be true. Everyone is technically welcome to bicycling. But why is it, according to the research of Eve Bratman and Adam Jadhav, that “in some places, the people who ride are mostly wealthy and white?”

There are two types of bicycle commuters. The type that do it because they want to and the type that do it because they have to. While 7% of white households own no vehicles, 24% of Black households and 17% of Latino households own no vehicle, according to Plurale Tantum. Bicycle commuters who do it because they have to largely comprise of immigrants and minorities. According to People for Bikes, “in 2006-2010, Census figures show that 221,670 Americans of color, probably about a quarter of them Black, got to work mostly by bicycle. Bike use by African-Americans doubled from 2001 to 2009, five times faster than the growth of biking among white Americans.”

And according to the League of American Bicyclists, “immigrants are twice as likely as US-born Americans to travel by bicycle. Those earning less than $35,000 and living in dense residential areas are more than 10 times as likely to travel by bike.” And yet, the bicycle mode share among immigrants drops from 1.8% to 0.4% in four years, indicating that once they no longer have to bicycle, immigrants will travel by car.

The type of bicycle commuter that does it because she wants to, usually for health and environmental reasons, is usually wealthy and white. According to Bratman and Jadhav, “automobility remains a paradoxical cultural and status symbol, such that wealthier people increasingly reduce their car dependency.” And though there are plenty of minorities and immigrants who ride bikes, people who ride by choice get the most attention and yes, the most funding for bicycle infrastructure. “Biking has come to symbolize white re-population. In Portland, people of color called the bike lanes the “white stripes of gentrification,” says Plurale Tantum.

Bike advocacy has thus far focused on people who ride by choice, appealing to people’s concerns about health and the environment. But the League of American Bicyclists realized that this approach is incomplete and needs to be revamped to address the “new majority”. The new majority is “the new majority that elected a president — youth, women and people of color.” And so the organization has created an Equity Initiative saying that, “we recognize that youth, women and people of color are underrepresented in many bike advocacy efforts and local transportation decisions.”

Bike advocacy to date has also been most effective in areas where wealthy whites live and has completely missed the areas where it’s needed most – in poor, suburban areas that are increasingly the home of underrepresented minorities. This is because bike advocacy has mostly been undertaken by wealthy whites that bike by choice. Bike advocates completely dismiss the fact that many immigrants and minorities aspire to have a car instead of having pride in riding a bicycle instead of driving.

According to Bratman and Jadhav’s study, “African Americans were statistically more likely than other demographic groups to desire to own a car. But they were also less likely to include biking in their ideal mode of transit. Notably, our respondents were concerned about transportation costs and cognizant of car-related expenses. While recognizing many downsides of car ownership, our respondents said they wanted cars nonetheless.” And People for Bikes echoes this point saying, “When one in five Black householders doesn’t own a car, it’s easy to see how carlessness can be a badge of poverty, and therefore shame, among rich and poor alike.”

So bike advocates are facing an uphill battle in spreading the good word about the benefits of bicycling. It’s no longer only about convincing wealthy whites that they should choose to bike to work to get fit and to help the environment, but it’s about speaking to the new majority who may bike to work but aspires to drive and the moment they have the means, will abandon bicycle commuting for the car. There are decades of cultural stigma against the bicycle being a mode of transportation that represents poverty to overcome.

And there is the hard work of advocating for bicycle infrastructure not only in wealthy white neighborhoods but in the neighborhoods where people bicycle by necessity, which are usually not as well serviced by transit and are further away from downtown cores. Bratman and Jadhav indicate that “transit-connected housing is often more desirable and therefore costly, relegating the poor to ever-more inaccessible neighborhoods.”

Furthermore, immigrants and minorities are less likely to bicycle by choice because they feel that the roads are unsafe for bicycling. According to the League of American Bicyclists, “26% of people of color said they’d like to ride more but worry about safety in traffic. The same was true for 19% of white respondents.”

But the fact remains that bicycle infrastructure is woefully nonexistent in places that need it most. Data gathered by the Los Angeles County Bicycle Coalition revealed that neighborhoods with the highest percentage of people of color had a lower distribution of bicycling facilities — and areas with the lowest median household income ($22,656 annually) were also the areas with the highest number of bicycle and pedestrian crashes. [League of American Bicyclists]

People of color were also more likely than white respondents, in the PSRAI poll, to be encouraged by an active riding club or advocacy organization, including 36% of people of color* — compared to 21% of white respondents. Yet most of the group bike rides here in Portland, OR, in my experience so far, appeal to whites that already are immersed in bicycle culture. For example, themed bike rides where people dress up or even something like The World Naked Bike Ride has a narrow cultural appeal to a certain demographic and not others.

There are too few group bike rides in Portland aimed at including people of color or people who are new to bicycling who may be intimidated by long distances, having to dress up and biking alongside others who are “in the know” about the biking. Plurale Tantum shows that “in focus groups in Portland, African-Americans consistently pointed to lack of familiarity of the rules for biking on the road and and bike routes. People in various cities have also expressed that they assume there is a high cost to bikes, high cost of membership for bike share programs, and that one should have a certain degree of knowledge about biking when in a bike shop. It is clear the some information about biking is not crossing cultural gaps.”

My appeal to the bike advocacy community is to expand its efforts beyond potential cyclists who may bicycle by choice and to the huge number of people who bicycle by necessity but aspire not to for cultural reasons despite the fact that it is much cheaper to own and ride a bicycle than to own and drive a car. It is time to stop preaching to the choir and becoming ever more militant about bicycling and to start touting the benefits of bicycling to people who have a stigma against it. A step in the right direction, though one that is onerous to hard-core bicycle commuters, may be to stop denigrating cars as much, which just alienates a lot of people right off the bat. Bratman and Jadhav point out that

“excessively denigrating automobiles might hinder cycling adoption and even poverty reduction goals. Yes, there are many ecological and social costs to car-dependent transport. But poor people face enormous multimodal challenges that should be considered in conjunction with such concerns. The rationale that leads some poor people not to desire a car-free lifestyle is likely very different from the rationale of planners and advocates who do. Cars have long symbolized social success and represented greater socio-economic freedom; indeed, some research suggests cars provide economic opportunities for low-income families. Reducing reliance on cars remains important for transportation systems, but we must also seriously consider the expressed desires of the most vulnerable members of society.”

But even if you don’t care about immigrants and minorities, advocating to underrepresented groups is good for bicycling and for the environment. Plurale Tantum reminds us that “bike ridership in communities of color is important to the general sustainability movement in raw numbers. While 7% of white households own no vehicles, 24% of Black households and 17% of Latino households own no vehicle. Given few other quality options, people of color and lower income people who do not own cars aspire to in order to increase mobility and access. Outreach to diverse communities, strengthening advocacy, and upgrading biking infrastructure is critical to carbon emissions reductions.”