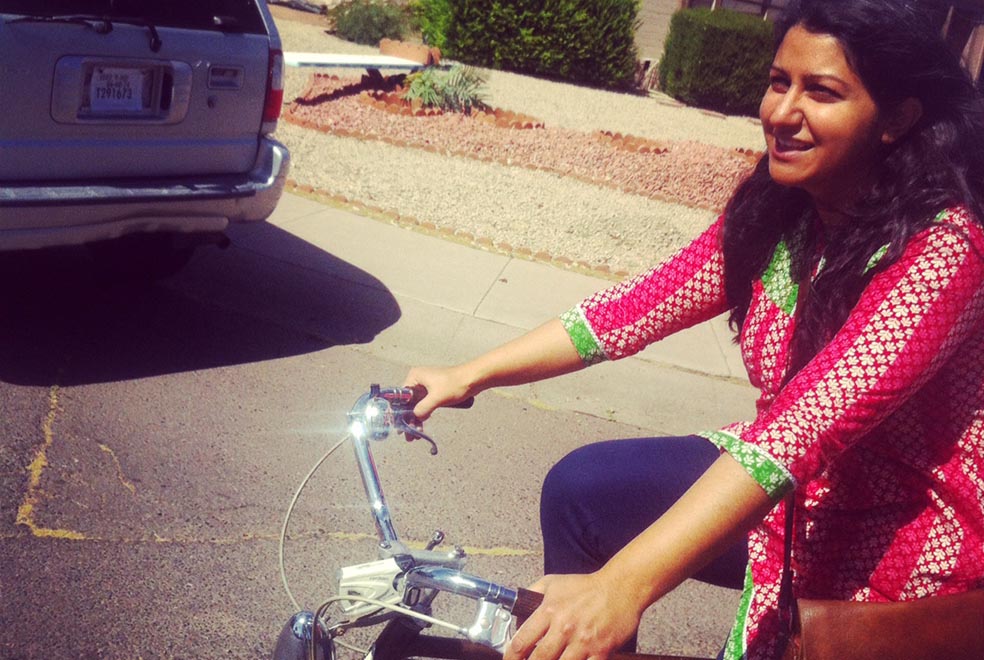 An Introduction to Subversive Transportation

The Wikipedia definition of subversion is:

“an attempt to transform the established social order and its structures of power, authority, and hierarchy. Subversion (Latin subvertere: overthrow) refers to a process by which the values and principles of a system in place, are contradicted or reversed.”

In some parts of the world, just going to school is a subversive act. In others, two males holding hands is subversive. When you think about it, even something as innocuous as buying your produce at a farmer’s market is an act of subversion. These acts may seem small and insignificant, but they are important. If a critical mass of people took it upon themselves to do small acts of subversion against oppressive systems, whether they are corrupt governments, unethical corporations, or hateful organizations, the cumulative impact of those small acts would be great.

But why would you want to overthrow something as marvelous as the car?

For over 60 years, we’ve been given the message that cars equal freedom. And yes, it’s true, cars have allowed Americans to travel distances that have brought tremendous freedom and versatility to their lives. But after becoming so enamored by the personal car that our cities are built almost exclusively around it, our nation is facing serious health, social and economic problems.

Not only do cars cause air and ozone pollution, but our addiction to the car has also led to a sedentary lifestyle. According to Rob Stein of the Washington Post, “people who live in neighborhoods where they must drive to get anywhere are significantly more likely to be obese than those who can easily walk to their destinations, according to the first study to directly demonstrate that long-suspected link. Each hour spent in a car was associated with a 6 percent increase in the likelihood of obesity and each half-mile walked per day reduced those odds by nearly 5 percent, the researchers found.”

Not only does car dependency impact us physically, it also has negative affects on our social life. For example, it causes social isolation in three ways. One is that when the car is the only way to get around in a city, people who don’t drive, whether because they are economically disadvantaged, elderly or disabled, become isolated from the rest of society. This is particularly an issue for the elderly. The second way is that cars, just by their very enclosed nature, limit the everyday interaction that is present when people are walking or biking down the street together. For people who spend more than an hour commuting every day, cars can be especially isolating. A third way that cars cause social isolation is that they lead to sprawl, which is when cities are so spread apart that you have to get in your car to go anywhere. Sprawl literally puts great distances between people.

The environmental impacts of our nation’s car-dependency have been well documented and recognized since the 1960s. According to the EPA, more than half of the air pollution in the nation comes from vehicles, primarily automobiles. In addition to air pollution, cars have the potential to pollute the environment through the toxic fluids they contain, which can be harmful if leaked or disposed of improperly. Plus, the manufacturing of cars uses up natural resources and itself pollutes the air. And, besides pollution, cars emit greenhouse gas emissions that contribute to global warming.

To start with, just imagining a world where there are lots of ways to get around and maybe the personal car is actually a rare commodity could be an act of subversion. In cities and suburbs that are so beholden to the car that you have to drive to get anywhere, imagining could be your only option. But things are changing and even in cities notorious for being completely car-oriented, there are now ways to get around without a car.

I thought I’d put subversive transportation to the test when I visited Phoenix last week. Phoenix is one of those sprawling post-WWII sunbelt cities fueled on optimism about the car. Today, metropolitan Phoenix is huge at a whopping 16,573 square miles. It also has the dubious distinction of having the 2nd-worst air quality in the nation after Bakersfield, California. Maricopa County, where Phoenix is located, received a failing grade from the EPA for ozone-pollution. Whereas air-pollution is mostly caused by dust particles in the air, “ozone is formed when heat and sunlight react with nitrogen oxides and volatile organic compounds. The most-common sources are vehicle exhaust, gasoline fumes, power-plant emissions and chemicals, such as paint,” according to Shaun McKinnon of the Arizona Republic. So Phoenix’s car dependency is one of the major causes of its high ozone pollution. This year, the World Health Organization declared air pollution, which includes ozone-pollution, to be an official carcinogen, along with things like tobacco smoke, asbestos and ultra-violet radiation.

When I visited the city last week, I stayed with my parents in the suburb of Chandler as I usually do. But all my favorite hangouts and my friends are in Central Phoenix, which is where I lived before I moved to Portland. Unfortunately, Central Phoenix is about 25 miles away from Chandler, so getting from one place to the other without a car was no trivial matter. On previous trips to Phoenix I have caught myself driving over 60 miles a day, every day, just to get to where I need to go. As an avid advocate for more environmentally-friendly modes of transportation such as walking, cycling and transit, it was killing me to be driving so much. So I took matters into my own hands.

I started my subversion by refusing a ride from Sky Harbor Airport to my parent’s home in central Chandler. I ended up taking the Light Rail to the Sycamore Transit Station in Mesa, then taking the East Valley Link Bus to Ray and Arizona Avenue. From there, I had to walk a mile and a half to my parents house. The entire trip took me two hours and a half, whereas it only takes about 20 minutes by car. Two days later, I went to check on Red Mountain in the Melrose District in Central Phoenix. I did use the car, but only for a fraction of the way, driving it 10 miles from my parents’ house to the Sycamore Transit Station and parking there. From there I took the Light Rail to the Campbell Station and walked over to Lux Coffeebar where my friend Paul met me with a bike he was willing to lend me. From Lux, I took a 10 minute bike ride to Red Mountain. This trip took about an hour and a half whereas it would have taken me about 30 minutes in a car.

The extra time it takes to get around Phoenix without a car is just evidence of how ingrained the car is in the city’s DNA. Arterial roads are sometimes 7 lanes wide, as wide as highways in other cities. Downtown Phoenix, supposedly the most urban area in the city, is not a walker’s haven, but more a car parking haven. And the only feasible way to get from the suburbs to any other place is by car.

This is why it is that much more important to practice subversive transportation in places like Phoenix. The more people who choose to take their bicycle on the bus, catch the Light Rail and refuse to drive to downtown Phoenix, Tempe and Mesa, all areas served by the Light Rail, the better the chance that Phoenix will be transformed from a car-oriented city to a multi-modal city.

Even if you can’t do it everyday, even if it’s just one trip a month, don’t take your car and find different ways to get around. In the mere act of finding a different way to get from one place to another, you will be validating alternative modes of transportation, whether that is walking to your grocery store, biking to your neighbor’s party, or taking the Light Rail to the baseball game. Different modes of transportation do exist and the more we use those, the more we strengthen them. This is subversive transportation in service of a better city, a better neighborhood, and a healthier you.

Up next: Subversive Transportation and Women

Tags: subversive transportation
« What Frank Lloyd Wright Houses Teach about Views, Siting and Designing from the Inside Out  |  6 Reasons Why Businesses Should Favor Bike Infrastructure Over On Street Car Parking »