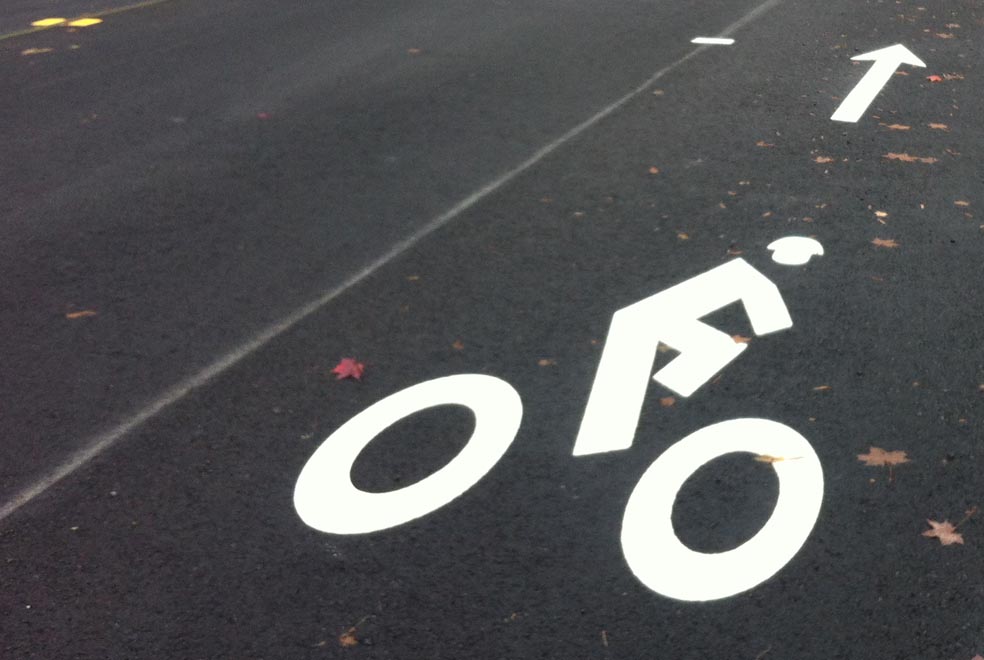 Livability 101: Going to the Clinic Without a Car

You can claim your city is livable all day long, but the real livability test is on the ground, on a daily basis, when you need to get groceries, or a hammer and nails, or go to the movies, or go to a friend’s house party without a car. Livability is when people are able to get around to do the things they need to do and the things they want to do easily without the use of a personal car. As a new resident to Portland who lives here without a car, I put Portland’s now-famous reputation of livability to the “on the ground” test all the time.

This is the first installment in a new series called Livability 101 as an attempt to document the everyday livability of Portland, from the perspective of a new resident who doesn’t know her way around yet.

Recently I had my yearly wellness exam done. Luckily, the clinic I go to is a mere 8 minute walk from my apartment, which makes my neighborhood (the Sunnyside Neighborhood in southeast Portland) score high on the livability factor. My doctor ordered some bloodwork to be done as part of my exam and I had to go to an off-site lab to get it done. Going to an off-site lab is a hassle for anyone, but it could be a particularly big hassle for people who don’t have a car. So, it all made me a little nervous…

Below is what my experience was like getting to this lab:

Thankfully, there was a participating lab about two and a half miles from my house in inner southeast Portland, which translates to a 15- minute bike ride. My bike ride to the lab was relatively easy, as I used quite Neighborhood Greenways. I only had to ride on major roads briefly, but those roads had bike lanes, so I felt safe.

Once I got to the clinic, I saw that it was in a medical office complex, one of those where you park in the back and then have to walk through a labyrinth of offices to get to your destination. This place was clearly designed only for people coming in cars. It was very inward looking and hardly had any signage or visual clues as to where the entrance was from the street. Patrons were expected to drive into the back parking lot and then you could navigate your way through the complex on foot. I somehow penetrated this medical office fortress from the street on my bike, but I was hard pressed to find a bike rack. As I was running a bit late, I just tied my bike to a skinny tree. 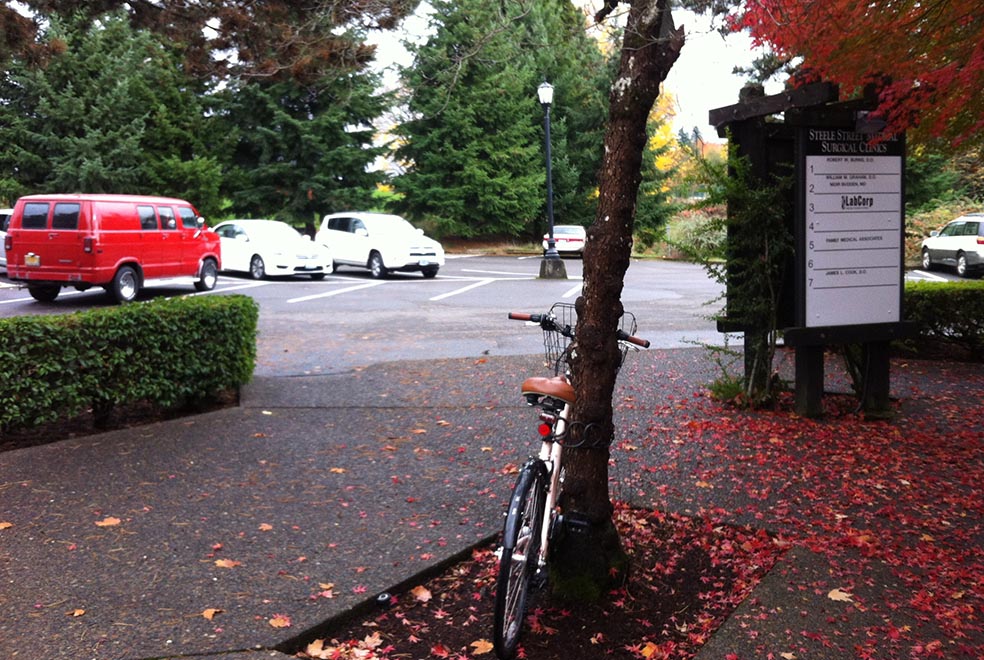 The point is, people without cars need to get to the lab to get their blood drawn too. So our medical office complexes should be designed with pedestrians, bicyclists and transit-users in mind too. In addition to Complete Streets, we need Complete Buildings too!

Tags: bike-ability, car-free lifestyle, getting around without a car in portland, going to the clinic without a car, livability, living car-free, portland, walking
« Take the Mesa Artspace Survey!  |  Livability 101: Portland’s Livable Street Problem – the Equity Gap »