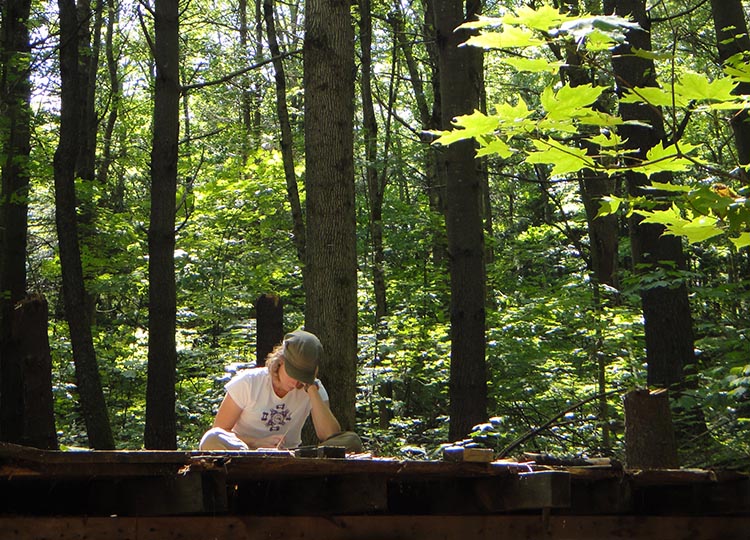 Building Evolution: How Biomimicry is Shaping the Nature of our Buildings.

Today’s post is by guest writer Joe Zazzera. Joe is a Biomimicry Specialist, LEED AP ID+C, a Green Roof Professional and Living Wall designer, and he is the founder of Arizona Based Plant Solutions, Inc.

When you think of nature as it applies to building design, operation and maintenance, you probably think about the garden atrium in the building, the staged greenery throughout the lobbies or perhaps the views to common areas planted in greenery. However, there is a new “nature” within a building. It is a concept termed biomimicry, which literally means to mimic life.

In 1997 biologist and science writer Janine Benyus coined the term when she wrote the book Biomimicry—Innovation Inspired by Nature.  Biomimicry has since become a design discipline that investigates how the natural environment operates, and more specifically, how living organisms create and solve design challenges. Design solutions adapted through the use of biomimicry are intended to foster a more sustainable human experience and existence.  Major architectural design firms, in building and city design, are actively using this new discipline.

Through a process of reconnecting with nature and researching living organisms, the design teams, together with biologists, are looking at how natural systems operate and are “asking nature” as a means to inform their building design.  How do living organisms capture, store and process water, sunlight and waste? How does nature cool, shade and recycle nutrients? In addition to some of the more basic building functions, other designers are looking at 3D printing and nanotechnology as a means to advance building material design and construction. The observations of lessons in nature are having a profound impact and are challenging the way things have been done since the industrial revolution.

Applied biomimicry can be utilized in three ways or in a combination of these three ways:

It’s for the birds

Millions of birds are killed each year by flying into the reflective glass of office buildings and homes. The reflections of trees, landscape and the sky can make it appear as if the glass is not there. Green building has increased the need for additional glass for interior day lighting creation. The result is an increased frequency of bird deaths each year. The Arnold Glas Company, through the use of biomimicry, looked to spider webs and their ability to avoid destruction by bird flight. Spider webs include a reflective component in the UV range that deters birds from flying into their webs, yet they attract insects such as moths towards their reflective light. This UV component increases the spiders foraging success and avoids destruction at the same time. Arnold Glas has created a product called ORNILUX that integrates this UV reflective pattern into its glass. This has resulted in 76% fewer bird collisions in field-testing.

Construction-materials technology requires continual improvement focus in the built environment. Of particular concern is improvement of indoor air quality and volatile organic compound (VOC) reduction and removal. Although VOC’s are best never having made it into the indoor environment, they have been a major contributor to poor indoor air quality and sick building syndrome. Colombia Forest Products has looked to biomimicry in solving the issue of carcinogenic, formaldehyde-based glue in its plywood products. They asked, “How does nature adhere?”

The blue mussel mollusk creates a unique amino acid, which formulates a strong thread, connecting it to rocks in the ocean. By remaining attached to the rocks, mussels withstand the pounding waves of the surf. The mussel “glue” is created at ambient temperatures, under ambient pressures, and in a wet environment. Looking to nature, researchers were able to mimic the mussel recipe, creating a soy-based and formaldehyde-free adhesive now used in its products. PureBond® is a soy-based, formaldehyde-free technology used in the construction of hardwood, plywood products. This same amino acid process is now being looked at as a medical implant coating.

As the second most consumed substance in the world behind water, concrete is the most used building material. At a cost of $37 billion per year, about 10 billion tons are produced annually. The creation of portland cement emits 1 pound of CO2 for every ton of cement produced. Obviously, cement production comes at an environmental cost.

Brent Constantz is a bio mineralization expert from Stanford University; Constantz used biomimicry to observe the construction of the coral reefs and as an application technology for concrete production. CO2 gas and ocean water have a natural reaction, which creates calcification. This rapid mineralization uses CO2 as a raw material that creates the coral structures.

By using waste gas from a local power plant and dissolving it in water, Constantz and his company Calera are using CO2 as a feedstock for concrete production. In addition to sequestering carbon within the concrete they are producing, they are helping to reduce the carbon footprint from portland cement production.

The genius of nature is all around us, from the coral in the ocean to the ecosystem services provided by trees, algae and earthworms. Living organisms operate under a sustainable set of operating conditions, which have been evolving over the last 3.8 billion years. By looking to nature and mimicking designs that fall within these “life’s principles,” we have the opportunity to create from a knowledge bank of the best research lab ever—nature. Our knowledge about the built environment is changing rapidly. What better teacher do we have than organism models, which have learned to survive on this planet across billions of years?

For more information on biomimicry in design, go to Ask Nature or the Biomimicry Institute.