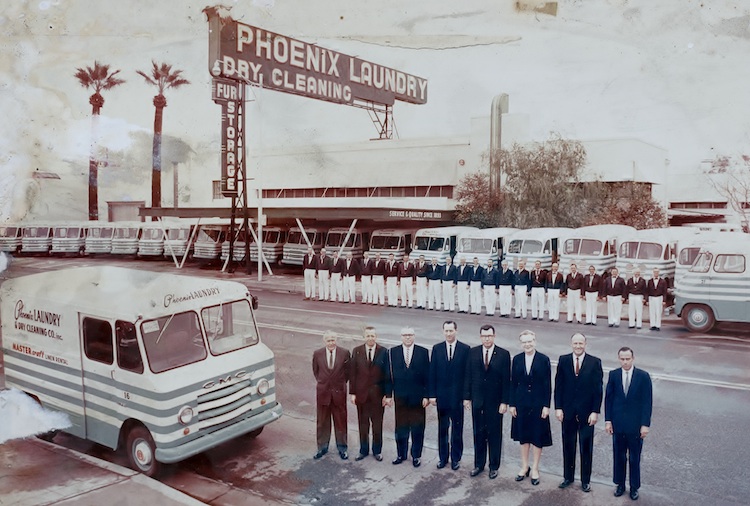 Free Historic Building Tours at the 4th Grand Avenue Festival and a Chance to Win Cupcakes!

The 4th Annual Grand Avenue Festival is this weekend! It’ll run from 11 am – 8 pm, with an After Hours event from 8 – 10pm on Saturday October 20th! My favorite part of the festival is the Historic Commercial Building and Adaptive Reuse Tours. There are 3 awesome buildings on the tour this year: Phoenix Laundry and Dry Cleaning (now Milum Textiles), OS Stapley Hardware buildings, and 1205 Space (now housing John Coll P.L.L.C). The best part is that the tours will be FREE courtesy of sponsorship by the Phoenix Revitalization Corporation (PRC)! The tour promises to be a real treat as it features a preserved historic building, a historic complex that is being renovated by developer Mark Abromovitz, and an adaptive reuse project of a warehouse. Scroll down to the end of the post for a chance to win 2 cupcakes from the Treehouse Bakery!

The tours will take place from 8am – 1pm with tours leaving at 8am, 9am, 10 am and 11 am from 333 N. 7th Avenue (Milum Textiles).  Tours will last about 2 hours; please wear a hat and comfortable walking shoes.  Visitors can park free all day along Grand Avenue and walk to Milum Textiles, the first stop, where you will meet your tour guide. After the tours, Festival goers can view “The Greenest Building”, a free film about the adaptive reuse of older buildings, at 1022 Grand Avenue at the Soul Invictus Peformance Space.  Film times are 10:30am; 11:30am; 12:30pm and 1:30pm, and will be shown courtesy of Steve Weiss and No Festival Required.

More information on the buildings included in the tour:

*Courtesy of the tour organizers* 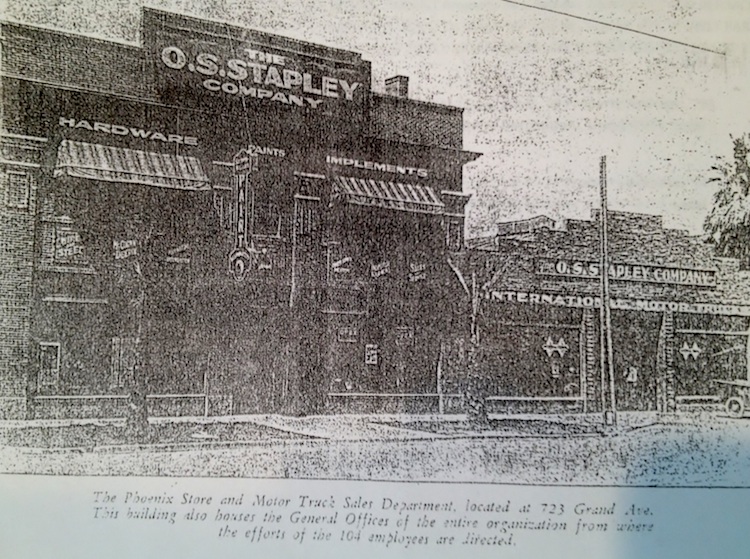 OS Stapley opened his first hardware store in Mesa in 1895 and in 1917 built his second store in Phoenix on Grand Avenue just north of Van Buren.  According to the Maricopa Historical Society, “O. S. Stapley came to Arizona when he was about ten years old. When he was 16, he went to work on a farm and later drove a stage between Mesa and Phoenix to help support his family. He became interested in the hardware business during this time and in 1895 opened his first hardware business in Mesa. Stapley, with a savings of $880, stocked his store with anything that had to do with horses and buggies. This included harnesses, hand-tools, lanterns, blacksmithing and an assortment of household goods.

“He married Polly Hunsaker in 1894 and together they raised nine children. Throughout the years of store growth, most of their nine children worked in the stores and carried on the tradition of their father’s honest values and responsible service. Stapley became the first farm equipment distributor in the world when he secured a government contract for supplying all the hardware for the building of Roosevelt Dam which added much to the family’s wealth. He was only 23 when he opened the first store in Mesa. In 1916, he was able to secure the International Harvester franchise for Maricopa and Pinal Counties that proved to be very successful for both parties.
“O. S. (Orley Seymour) Stapley became the oldest International Harvester dealer in the West and probably in the country during the next 66 years. In 1917, he opened a second store in Phoenix and in 1919 a third one in Glendale. Stapley opened its Chandler store in 1920, followed by the one in Buckeye in 1929. Later, the company expanded to include Casa Grande and Coolidge in Pinal County, and the eighth store opened at the end of 1955 in Maricopa.

“O. S. Stapley, not only worked hard with his business, but gave back to the community that had given so much to him. He served on the Mesa School Board for almost 20 years. In addition, he was a member of the constitutional convention that wrote Arizona’s constitution to gain statehood and served as a state senator from 1916 to 1918”.

This building was originally constructed in 1893, but after a very large, horrific fire was rebuilt in 1935.  The architect, Fred Whittlesey, designed the new building for the A.H. Lawerence family and it is an outstanding example of 20th century brick commercial architecture and a unique example of streamline modern architecture.  The roof is a rare example of a wide span wood lamella roof structure, which is a vaulted roof consisting of a crisscrossing pattern of parallel arches skewed with respect to the sides of the covered space, composed of relatively short members (lamellae) hinged together to form an interlocking network in a diamond pattern. Each short member intersects with another member of the opposite skewed arch as each member works to form one long arch.  Lamella roof construction was invented in Europe in 1908 and introduced in the United States in 1925.  Since that time numerous buildings have been constructed with lamella roofs, however, due to failures, the use of lamella roofs has diminished since the 1970’s.

The building and business was purchased by Boyd Milum in 1956 and is currently operated by his son Craig.

Originally built in 1947 as a masonry storage warehouse, this commercial building is currently the law office of John R. Coll, P.L.L.C.  This interesting adaptive reuse project highlights the original integrity of the space with the beautiful exposed wood trusses, open floor plan, cement floors, and some of the original tin roof on the back of the structure.

Win 2 Cupcakes from the Treehouse Bakery!

Be one of the first three people to leave me a comment that lists 3 of your favorite buildings on Grand and win 2 cupcakes from the Treehouse Bakery. I’ll give your name to the organizers of the Festival and you can claim your prize at Treehouse Bakery on Saturday during the festival!