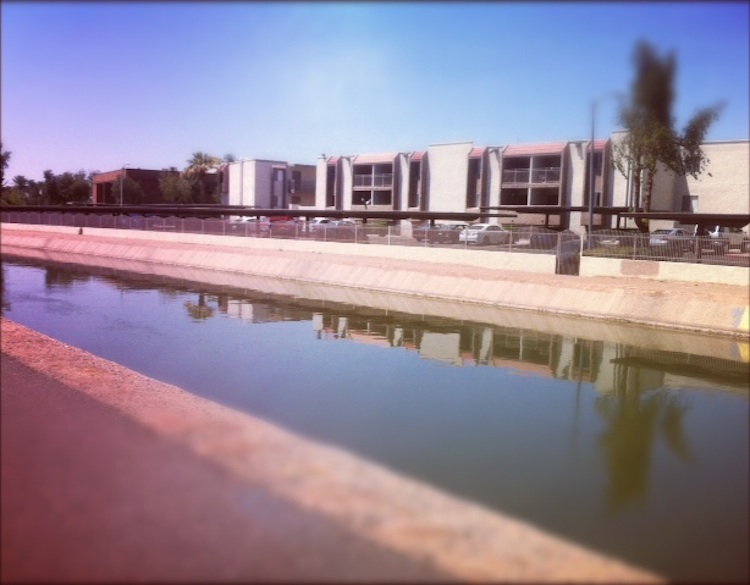 An Interview with Andrew Ross, author of Bird on Fire: Lessons from the Least Sustainable City in the World, Part I

Andrew Ross, author of Bird on Fire: Lessons from the Least Sustainable City in the World, made few friends in Phoenix with the title of his book. But that doesn’t mean that Phoenicians shouldn’t read his book or that he didn’t make excellent points that we need to pay attention to. A lot of criticism has been thrown Ross’s way because he’s an outsider finding fault in our fair city. But after having read his book, I have to admit, he knows a lot more about Phoenix than us locals seem to and his insider/outsider perspective is uniquely penetrating.

Bird on Fire has already been discussed heavily in various lectures, panels and publications, but it remains an important topic of conversation. And so I’d like to share an interview I did with Ross a while back.

Below is Part I of my interview. I’ll publish Part II on Wednesday.

Andrew Ross: Well, I’m an agnostic, which is to say I don’t really have a discipline anymore. I was trained in cultural studies but that was a long time ago. Mostly my research nowadays is urban and suburban research. And my other hat is labor studies, so we’re doing research on work and the changing patterns of work and the organization of work. Or (if I’m not doing that) I’m doing urbanist research. Those are the two hats I wear these days.

When I get a chance to do an extended piece of research, then I move into my ethnographic mode, which is the mode I moved into for the Phoenix book.

Blooming Rock: So why did you pick Phoenix for your book?

Andrew Ross: I had written a little bit about Phoenix, but from a distance and it was more in relation to housing and immigration. I wrote something for the Harvard Design Quarterly, I remember. So I’d done a little research on growth and the region, in particular, in relation with migration.

The Institute for the Future of Arts Research asked me to come out and do some studies of my own, some research of my own. Because it was an arts institute, I decided to start my field research among the artists community in Downtown Phoenix and that was really the origin of the project. I had been very interested in how artists had entered into coalitions with affordable housing providers and other Downtown advocates. And this is really a pattern that seemed quite different from the role that artists had played in downtown revitalization in other cities. So I thought that was a unique case study here in Phoenix and so I decided to do more and more interviews along those lines and of course came across Downtown Voices Coalition and their sustainable Downtown blueprint, which was, I thought, quite an impressive document. And that’s what really raised the issue of sustainability, I suppose. And I realized that if I was going to do a book about this, then it has to be a metro-wide book. Downtown Phoenix is just one speck on the map, so I widened my scope and decided to start interviewing in a lot of different sectors and different parts of the Valley.

Blooming Rock: So what impact did you hope your book would have?

Andrew Ross: It’s not really written as a policy-oriented book. It’s certainly not a blueprint for a sustainable regional plan. There are lots of them out there and they really have to be implemented, which is part of the problem. It’s more a book about the fate of blueprints in that regard. That said, obviously, I’d be very interested in seeing the book have an impact on the policy-making level and certainly a commitment to following up the book with policy-makers if they’re interested. But that wasn’t primarily the reason for writing the book. The reason for writing the book was really to enter into dialogue with a lot of the people who constitute a layer of civil society that feeds into policy but produces changes on the ground long before policy-makers can put their imprint on the changes. A lot of these folks came to the symposium (some months ago). They tend to be active in the non-profit sphere. For the most part, they are advocates or activists for sustainability in many different sectors. So I imagine that the dialogue will be more on that level than on the level of the policy-makers or law-makers themselves.

Blooming Rock: So was your book to give voice to these grassroots activists. Is that the impact you want? To empower them?

Andrew Ross: Well I do give quite a bit of space in the book to profiling a lot of advocates and activists. And one of the gratifying things to me was that at least in the few occasions I’ve been back to Phoenix to talk about the book, I have introduced some of these people to each other. They had perhaps known about eachother’s work, but hadn’t actually met. And as I said, what’s gratifying to me is that the book is able to bring the work of these people together in one volume. Then they start to make links between their work and realize that when they meet in person and form coalitions. So if the book accomplished only that alone, then I’d be very happy with its impact. But of course, that’s not the only thing in the book. There are larger arguments about urban sustainability plans that people in cities other than Phoenix can learn too.

Blooming Rock: What do you think will save us from doom in Phoenix?

Andrew Ross: From doom? I don’t think people in Phoenix have a sense of doom hanging over the city, the way they do in Los Angeles. The range of natural disasters that could occur in Los Angeles (is confounding). Los Angeles has it’s own environmental challenges, but it has in addition this layer of impending natural disasters, which can happen any time. You don’t have that in a city like Phoenix. There isn’t an imagination of disaster to the same degree. There’s an awareness that there’s a slow apocalypse going on, and that’s, of course, happening everywhere. The problem is with the imagination of disaster, it’s sort of a Hollywood-ish iconography of a single event that precipitates apocalyptic impact. But the ecological process is a very slow one. It’s happening everyday, with species dying off, and ecosystems being degraded, more rapidly in some places than others. (This slow process) is more difficult to summon up when you talk about doom, but I think it’s a more accurate way of looking at it.

Blooming Rock: So from your research, what’s one thing or a few things that you think would steer a new course away from this slow apocalypse and towards recovery?

Andrew Ross: The book describes at least five different areas. I looked specifically at the Growth Machine, I looked at Downtown Revitalization, I looked at Renewable Energy, we looked at Water Supply, and also looked at Immigration. In each of these areas, there are challenges and obstacles, put in the path of those who have overcome those challenges, mostly by private-sector developers or by law-makers who’re in the pockets of developers. It’s a huge problem for the region. But I found people in Phoenix who are really trying very hard to turn the ship around and make some progress on each of these fronts. So there are really at least five different responses to this question, depending on the area we’re talking about. But I think overall, what I found in my research, is that the solutions are less technical or physical in nature as they are social, and that’s a much tougher nut to crack for people in the sustainability field. It’s easier to think about solutions that are in the technical or physical areas than on the social spectrum.

Blooming Rock: You’ve spent some time here. What did you think is the best thing about Phoenix?

Andrew Ross: The best thing about Phoenix? January and February! But on a serious note, it’s that I kept running into people who kept talking about sustainability. It’s part of their daily currency, and that’s not something that happens in my city, New York. So there’s this kind of awareness in what I think of as the middle layer of society in Phoenix – people like yourself and your readers. For them it’s a daily adjustment to life and it’s on their agenda all the time. That was very impressive to me.

Blooming Rock: So is that ironic that we talk about sustainability in light of us being at least one of the least sustainable cities in the world? Is that a hopeful thing or is it just a strange anomaly?

Andrew Ross: Well I think it’s part and parcel of having that status. People know that there are considerable environmental challenges, so they talk more about them or are more aware of them. But in general, it’s not something I would have expected and I think for a lot of outsiders it’s not something they would have expected, hearing about what is said of Phoenix. The image of Phoenix is that it’s a business town, where developers always get their own way and there’s a certain level of public denial about the environmental challenges. And to some degree, that is certainly the case, but most outsiders aren’t actually aware how much is actually being done by people like yourself and your readers.

Photo Credit: The Grand Canal northwest of Central. Photo by the author.