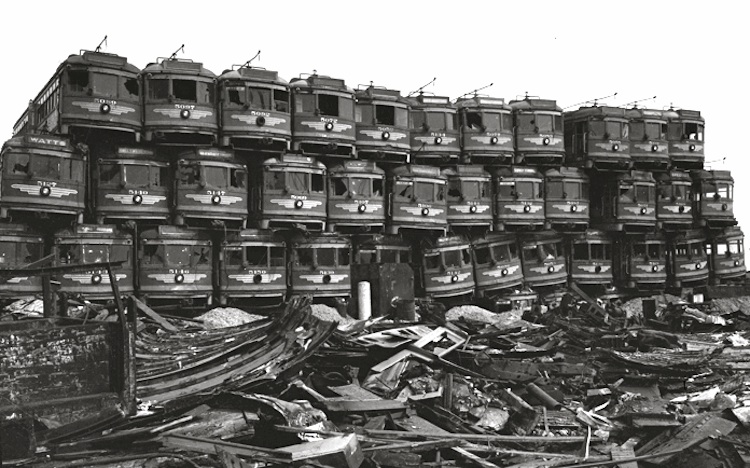 Why the Grand Avenue Rail Project is a Solution Multiplier

Historically, cities have been designed around their prevailing modes of transportation. When Phoenix was first conceived, there were two modes of transportation: the train (for long distance and shipping) and the horse-and-buggy (for local and hauling needs). The streets in Phoenix were designed in a grid that emanated from the railroad depot and ancillary buildings, kind of a play on the Law of the Indies. Within six years of the incorporation of Phoenix, the beginnings of an extensive streetcar system was put in place, with the first streetcar operating on six miles of track using horses to pull cars, and by 1893 the system was completely electrified. It then operated for more than fifty years. Unfortunately, in 1948 the streetcar saw its last day due to a “suspicious” fire that destroyed all but six cars, Coincidentally, this was about the time National City Lines, a company with investors from Firestone Tire, Standard Oil, Phillips Petroleum, General Motors, and Mack Trucks together were buying up streetcar lines across the country and decommissioning them, forcing people to either buy automobiles or ride buses.

The recent renaissance in urban living in conjunction with the ineffectiveness of individual petroleum-based transportation (cost, pollution, resources), people are looking for alternative methods of mobility. Phoenix’s light rail has been quite successful and additional lines have received approval for construction. I believe in order for Phoenix to enhance its standing in sustainable living, we should explore a diverse range of transportation opportunities, not just cars and light rail, but a network of options to increase mobility. One system that would greatly increase capacity and augment the light rail system is the streetcar.

Currently there is groundswell organization called the Grand Avenue Rail Project (GARP) with a proposal to extend a trolley line from the Central Station light rail/bus west along Van Buren and northwest up Grand Avenue to the I-10 overpass. This proposal can be seen as beneficial in several ways. First, the cost of installation of street cars is considerably less than light rail. Using Portland’s cost of $12 to $13 million per mile this 1.5 mile stretch would cost approximately $20 million. Rationally, this could be thought of as a parking solution. Parking could be located under cover of the freeway and commuters would ride the trolley to the downtown station and either walk or take the light rail to other stations.

Imagine if the rail could extend all the way to the fairgrounds, as it once did, and deliver people there rather than having to drive. People could park say, in Mesa, and ride the light rail to get to the fairgrounds. And covered parking could be offered at the fairgrounds using roof-top solar collectors to subsidize the streetcar’s energy needs.

Not only could it alleviate future parking needs, the system would be a catalyst for development along lower Grand Avenue. With the existing building stock along Grand Avenue, there is potential for a human-scaled street that would rival, if not be better, than Mill Avenue in Tempe. Phoenix needs a “weird” place for artists and creative similar to Portland and Austin that is connected to its core allowing residents and visitors alike alternative transportation options. The adjacent residential neighborhoods would see resurgence in their value because of the opportunity to live near fixed transit. And “fixed” is the key word; buses don’t create value that fixed systems to.
In full disclosure I should mention that I own a building on lower Grand Avenue so, yes, I am biased. The reason I bought on Grand was the scale of the buildings, the opportunity to be in a creative environment and the diversity that Grand offers. I see the potential of Grand as a place of art and design studios, music, bars and restaurants, small shops and a friendly atmosphere. What a unique gateway to downtown this could become; by reinvigorating Grand Avenue as a primary portal into the city.

A recent planning exercise, Greening Grand Avenue, will have some great concepts for making the street a better environment. The addition of a streetcar operating down its center could ensure the preservation of this historic street and provide opportunities for small businesses to be viable due to the increased accessibility and visibility. It’s the idea that the old is new again, just as the Congress for New Urbanism has been saying for years. With the scale of the buildings, the renovation of the pedestrian realm, and a streetcar system, Grand Avenue could once again be “grand.”

Full Disclosure: Taz Loomans, editor and publisher of the Blooming Rock blog, is on the board of the Grand Avenue Rail Project and also offices out of Kirby’s studio – the Funk Lab – on Grand Avenue.

Leave a Reply to Phil Allsopp