Why Phoenix Should Host the Pan-Am or Olympic Games

Men’s 10 Meter Air Rifle, Women’s Table Tennis, Race Walking; yes its safe to say I’ve got Olympic fever.  Thinking about this year’s Summer Games in London got me to thinking, why not Phoenix? At first blush, the idea of bringing the Summer Games to a blazing desert inferno that’s not a world class City seems crazy. Though upon further examination, I believe Phoenix would actually be an excellent host for the Olympics and/or the Pan American Games.

Games in the U.S.

The 2016 Summer Olympics will be in Rio de Janeiro and the 2020 games will be in Istanbul, Madrid or Tokyo. This means the earliest the United States could potentially host is 2024, which would create a 28-year gap between American cities hosting. However, if I were a betting man I’d bet on somewhere in Africa to host in 2024, specifically South Africa. South Africa did a good job of hosting the 2010 FIFA World Cup and the continent of Africa has never hosted the Olympics. The International Olympic Committee (IOC) has shown a tendency to want to spread the wealth around in the recent years to new continents (Sydney, Rio) so South Africa, either Durban or Johannesburg, seems a likely 2024 front-runner. It seems 2028 may be the earliest the Summer Games could return to the United States.

The Pan American Games (basically a mini Olympics for the Western hemisphere) hasn’t been hosted in the United States since Indianapolis hosted the 10th Pan-Am Games in 1987. The next available Pan-Am games is 2019, but bids are due by January of 2013, meaning its unlikely Phoenix would be able to put together a bid in time. A few American Cities are putting together 2019 Pan Am bids, but nothing considered overly strong. 2023 will likely be the first year the Pan Am Games could return to American soil.

Phoenix may not yet be a world-class city in many ways, but its undeniable that we boast world-class athletic facilities already. No City on the face of the Earth that hasn’t hosted major international games has athletic facilities that can match ours. With ASU’s athletic expansion and President Michael Crow’s desire to host the Pan-Am Games our sporting venues will be getting even better in the coming years.

Between University of Phoenix Stadium, Jobing.com Arena, US Airways Center, Wells Fargo Arena, Sun Devil Stadium, all of the Spring Training facilities, GCU arena, the Comerica Theatre, Veterans Memorial Coliseum and the Convention Center, Phoenix has most of the facilities necessary to host an international games event. If Phoenix did bid on the Olympics in 2028, we’d likely need to build an Olympic Stadium with a track (there’s no room for a track at U of P or Sun Devil) that could then be scaled down after the event. By the time 2028 rolls around many of these facilities may be in need of face-lifts, but that would be much easier than the build-from-scratch method that many host cities must endure. 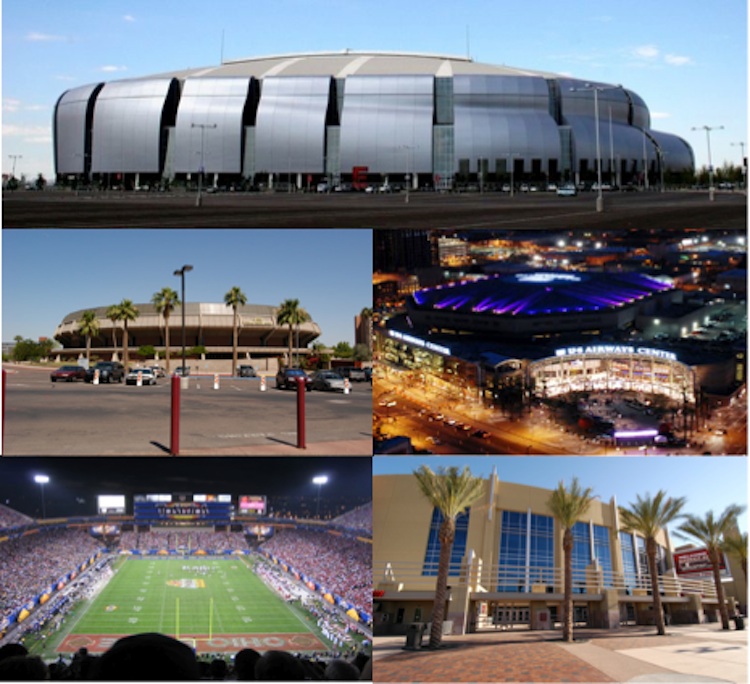 One thing is undeniable; the Valley knows how to host a sports centric party. We’ve already hosted 2 Super Bowls (it’ll be 3 soon), 3 NBA All Star Games, the MLB All Star Game, dozens of Fiesta and Insight Bowls, WrestleMania, 2 BCS National Championship games as well as Spring Training every year. By the time a realistic American Olympic or Pan-Am Games bid rolls around in the 2020’s Phoenix will likely also have been one of the host cities for the 2022 FIFA World Cup. It’s also safe to assume Phoenix may host a NHL All Star Game, another Super Bowl or two and the NCAA Basketball Final Four by that time as well.

Compared to many Cities our size, Phoenix is behind the 8-ball in terms of mass transit; thankfully that’s been changing. By the 2020’s the Light Rail system will be vastly expanded into Mesa, West Phoenix and further into Northwest Phoenix. The Tempe Streetcar will be operational, as will the Sky Harbor Sky Train, and Light Rail extensions into South Phoenix, Glendale, and the Paradise Valley Village could be online as well.

In 2010 the Maricopa Association of Governments (MAG) did a study on Commuter Rail, proposing that in the future an X shaped system of high capacity high speed trains should radiate out from Union Station in Downtown Phoenix. We’ve also heard increased rumblings recently about high-speed intercity rail connecting Phoenix and Tucson. Both Commuter and Intercity rail could very likely be up and running within 15 years if Arizona had the pressure of an Olympic date to make.

Sky Harbor, which constantly seems to be under construction and growing, will also likely be larger by the 2020’s. There’s long been talk of converting Terminal 2 into a much larger 33 gate “West Terminal” and that project should be complete by the 2020’s.  Additionally, Phoenix Mesa Gateway’s growth should be substantial over the next decade and it could help ease the stress something like the Olympics would put on Sky Harbor. 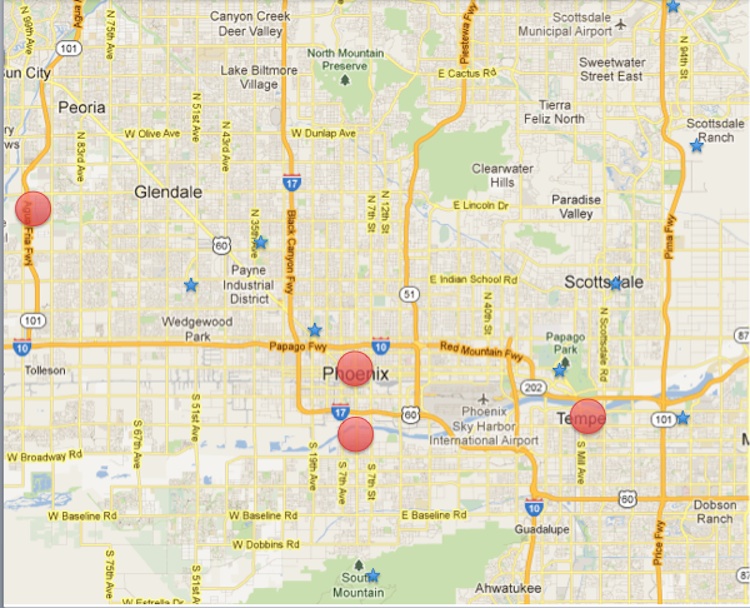 But it’s hot in the summer!

Phoenix’s biggest obstacle to hosting international games, especially the Olympics, is the summer heat. The heat however isn’t something that’s impossible to work around. Any games coming to Phoenix would likely have to be held slightly later in the year than is traditional, probably in September. The 2000 Summer Olympics in Sydney were held from September 15th-October 1st, and Phoenix could do the same thing. The average afternoon high at that time of the year in Phoenix is 95 degrees. 95 and dry in Phoenix sure is a lot better than 85 and humid in Atlanta, or any temperature in Beijing, with its barely breathable air.

The Games Bring it all together

Hosting the Olympics, and to a lesser extent the Pan-Am games, would work to bring Phoenix kicking and screaming into the 21st century. Having a goal of hosting either event in the `20’s gives the Valley a goal and timeline to shoot for in regards to quickly upgrading transportation and other infrastructure. An Olympic bid in particular could also entail the rebirth of the original Rio Salado vision, expanding Tempe Town Lake all the way to 19th Avenue in Phoenix. The Olympic Stadium and Village could sit along the banks of a rejuvenated Salt River. After the games the Olympic Stadium could be converted to a Major League Soccer facility and the Village into the campus of a new state university.

I know sometimes those of us who love this City the most can be overly harsh on it. While we’re bogged down thinking about the urban heat island, SB 1070 and all sorts of issues, it’s hard to imagine Phoenix rising to the challenge of hosting the Olympics or even the Pan-Am games. But maybe such a challenge is what we need to galvanize our community and truly become the worlds premiere desert city. Sure we don’t have Ted Turner and Coca- Cola to lead the charge, but we do have big game experience, great facilities and the Grand Canyon nearby, and that’s not too shabby. So dream big, lets have a real discussion about bringing the Pan American Games and maybe even the Olympics, to our little desert ‘berg.

Leave a Reply to Tyler Eltringham