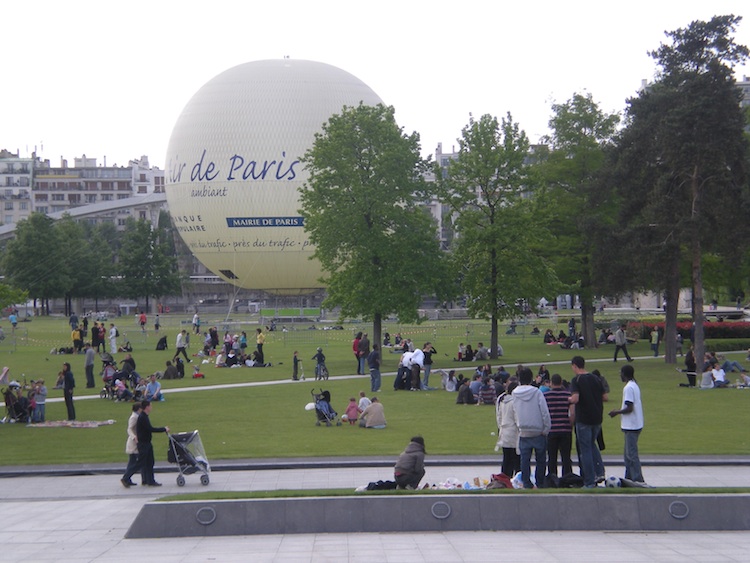 Does Phoenix have the Right Stuff for a World-Class Park?

Alright Phoenix, it’s time to find out what we’re made of. The call to improve Margaret T. Hance Park into a world-class amenity has sounded. It’s up to the citizens of this community to answer that call and show the rest of the world what this city is all about. And the challenge is substantial. World-class cities spend world-class amounts of money to construct their public spaces. In order to match what other cities have done, Phoenix will have to step up to the plate and prove their determination for this project. It will cost way more than most people think and too many will provide opposition because of that fact.

Let me take you through some of the numbers. When Hance Park was constructed, the underlying infrastructure on which the park is located, cost around $100 million to build. But the park itself only cost $5 million. For a 30-acre park, that comes to about $3.50 per square foot. In order to understand what that means, let’s compare it to the 35-acre Parc André Citroen in Paris which was built at the same time. Parisians spent $60 million for construction, which didn’t require costs of for any underlying infrastructure, meaning they spent $39.00 per square foot on the park. It’s one of my favorite parks that I’ve visited and is well-used and loved by Parisians and visitors alike for all types of activities.

Another example, Millennium Park in Chicago, a bit smaller than Hance Park at 24.5 acres, was built on top of a new garage/mega-structure. The total cost of the park inclusive of its amenities and infrastructure was $482 million. That comes in at a hefty $451 per square foot, with around $168 million of that being the cost of the garage and mega-structure. What you see above ground cost $294.00 per square foot. Chicago used their civic pride to initiate fundraising and they had several corporate and philanthropic backers to endow their new public space along with taxpayer funding. And the park is such an attraction that today it is returning on those investments.

Another example of an urban park is Grand Park in downtown Los Angeles which just opened to the public. At 12 acres it’s less than half of the size of Hance Park and the cost to implement it was $56 million. That’s a cost of $107 per square foot. And some residents there aren’t sure they’ve invested enough to make it an attraction. If Phoenix used the same construction costs for Hance Park as Grand Park costs ($100/sf) the budget for reconstruction of Hance Park should be $130 million.

These numbers may seem high but this is the reality of creating something at this  magnitude. My firm recently designed a new 5.5-acre neighborhood park in Henderson, Nevada with a $4.5 million budget. That’s almost $20 per square foot. And even though I designed it and happen to think it’s going to be pretty cool, it’s hard to imagine it would ever be called world-class. It’d be nice but I don’t think so. What’s important is the data shows that in order to realize the dream, the budget needs to be set accordingly.

Before we can have a world-class public space on the site of Hance Park, we need to take into consideration three things: 1) context, 2) cost and 3) programming.

Hance Park does not have the adjacent uses and traffic that other cities such as Chicago or Paris enjoy. Therefore it’s going to take creating some sort of destination attraction that will bring residents as well as visitors. What is the “thing” that will bring people to the park, a “must see/experience”?

Secondly, it’s going to cost a considerable sum of money to build and maintain. As I mentioned above, great spaces cost money. We need to be creative to find people and companies who want to share their civic pride and invest in Phoenix. How can we leverage what exists and building upon it? How can we invite donors to share in this endeavor?

And lastly, any great space needs great programming. There needs to be food vendors, a variety of entertainment and events happening year-round, and a diverse amount of activities when events aren’t taking place. With these things in place, Hance Park can become a positive attraction for Phoenix and a huge point of pride. All you have to do is ask yourself, why would I go to the park? What’s there for me? Your answer is part of the solution to making the park a great experience.

It would be a shame to have this much momentum and not set a realistic budget for the reconstruction of Hance Park. I would hate to see the people that have been working so hard on this effort be let down if it’s not funded properly and have this seen as a lateral move. If we invest in Hance Park let’s be sure to get a return on that investment, just like Chicago enjoys. Let’s make it happen and not lose this opportunity by being short-sighted. We can do this.