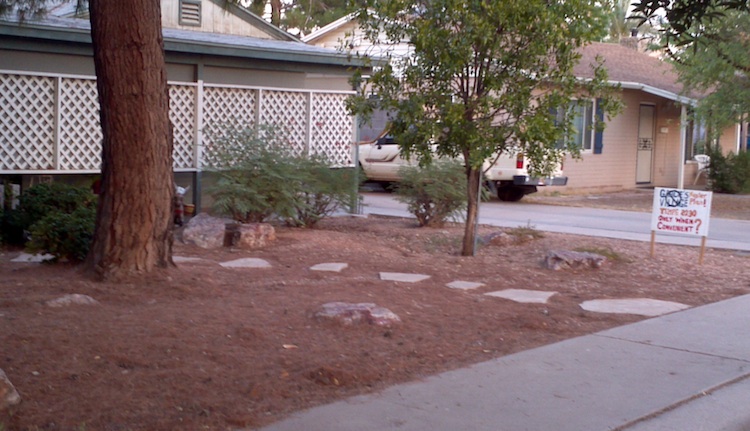 After months of negotiation between community members and the developer, the Tempe City Council approved Gracie’s Village, a new, mixed-use building that will combine Gracie’s Thrift Store with affordable housing, on June 14. An extension of Grace Community Church’s ministry, Gracie’s Village will include new retail space for the thrift store and 94 beds for qualifying residents on a two-acre lot that is just west of Apache Boulevard and McClintock Drive. Amenities include a lounge and fitness center for qualifying residents. The density and height of the new building are the result of a compromise between developer Gorman & Company and residents of the historic University Heights neighborhood and Borden Homes Historic District, which is located just north of the lot.

Residents protested the development’s original height, density and even design in addition to effects the development may have on property values and the character of the historic neighborhood. The initial plan for Gracie’s Village was initially 75 feet high or six stories tall and had a total density of 75 units. The design featured dark exterior walls with an accented white section and a shade element overlooking a corner balcony on the top floor. The Tempe General Plan 2030, however, stipulates that a building zoned in the Apache Boulevard corridor, through which the Metro light rail travels, can be no greater than 35 feet high and no denser than 20 units per acre. In light of this information, the developer requested a zoning waiver that rallied the historic neighborhood in opposition. Residents argued the height created privacy issues and the density was not suitable for the size of the lot. The disruption of increased traffic was another issue residents believed would affect the quality of experience of their historic neighborhood.

In a second plan drafted after residents voiced their concerns, the number of beds was decreased to 94, and the height was decreased to 42 feet or three stories with a fourth story relegated to the southeast corner of the building, which will add additional height to the building in that area only. The building is designed to be situated on the south side of the lot, which is furthest from the historic neighborhood. The site plan also includes a landscaped area that can act as a buffer between the neighborhood and the new building.  The building’s design has a sleeker look that utilizes a lighter color scheme and has protruding private balconies for residents who face Apache Boulevard. Gorman & Company plans to make the building LEED Gold-Certified, and construction will be completed by March 2013.

As an opinion columnist for ASU’s The State Press, I commented that the controversy of Gracie’s Village can be understood as an experiment for the increasingly urban city of Tempe. In true analytical fashion, several conclusions can be made following the development’s approval. The grand opening and integration of the programming of Gracie’s Village into the greater community will be the true completion of the experiment, of course, but the planning phase of this development reveals what is important when a city makes decisions.

Balancing the past and present may be one of the biggest issues stakeholders experienced in the debate over the density and design of Gracie’s Village. Preserving the character of a historic neighborhood of small, single-family homes built right after World War II requires adherence to established guidelines and restraint when it comes to modifying or renovating any part of the area’s built environment. This keeps the sense of time and place of the neighborhood intact for residents and the rest of the community to recollect, learn and enjoy. As far as historic preservation goes, this understanding is nothing new (especially for regular readers of Blooming Rock). What makes the story of Gracie’s Village more interesting is that the programming needs of a historic neighborhood came into conflict with the planning needs of the city. Tempe’s present TOD goals, growing population and participation in evolving national housing and commercial markets do not share the same protocol as University Heights.

The key to mitigating the conflict between these two seemingly distinct zones is to remember neither the historic neighborhood nor the TOD identity of Apache Boulevard is superior. That means it turns out that conflict can be a specious concept in planning. The delicate sense of place we all share and the notion that cities are alive can guide the inevitable disagreements that happen when a development like Gracie’s Village is undertaken. The principles that buildings, streets and landscapes talk to each other, carry different tangible and intangible values and tell stories makes historic preservation, fluctuating density, diverse building types and styles and integration of transportation all necessary parts of the complex whole that constitutes a dynamic city.

Therefore, preserving the past for the benefits of the city does not take primacy over a clear and legitimate need for new purposing of land that also benefits the city. The key is that both benefit the city. Gorman & Company and its client, Gracie Community Church, are just as right to make their proposals as the residents of University Heights are to ask questions and make comments about their proposals. The goal is for both groups to focus on ensuring appropriate measures are taken to include each of the concepts that make a living city and blend them together to form a design. Protest signs that say “Not in my backyard,” “Is this a church or a business?” and “Who gains? Not Tempe’s citizens!” become as distracted and inciting as a six-story design that does not respond to greater context of the site and that oversteps the specifications of an agreed-upon general plan.

The statements given by the developer and representatives from the neighborhood at the final city council meeting can represent the necessity of being critical, sensitive and forthcoming when it comes to communication. Many residents said they weren’t opposed to Grace Community Church’s mission of helping those who are less fortunate, but countered their new development was out of scale for their neighborhood. Representatives from Gorman & Company said they were open to working with residents, and explained changes that were made and how the development will be managed. Gorman & Company willingly pared down its density goals, but also justified why it was interested in having a higher density. Residents’ worry about safety and crime remained relatively free of prejudice that can be associated with low-income housing (though the same cannot be said for comment boards on local coverage of the development). One representative of the neighborhood who spoke at the final meeting was upset that showers were still being planned for the fourth-floor fitness center that only residents had access to because she questioned how safe the neighborhood would be if Gracie’s Village offered a shower service for the homeless as part of its ministry. It was clear the developer and designer separated the function of public showers for the homeless and a reasonable amenity offered in similar dwellings by placing the showers in a space that would be difficult for non-residents to access. Adjusting the height and density of Gracie’s Village was an appropriate and necessary measure that both parties can hopefully shake hands on and call good. The debate is over what is reasonable for the lot, and most of the discussion stuck to that. Criticism that likened the development as a pet project of the city council that, as one resident said, “is like a teenage boy who has a fixation on ‘big units’” is not an effective part of the planning process.

It’s possible for cities to meet the multiple needs of its many dwellers without having them believe their interests are at odds. Research, reflection and representation are key for stakeholders when planning, as the groups of people who worked together to make Gracie’s Village work for its complex context of historic property and TOD.