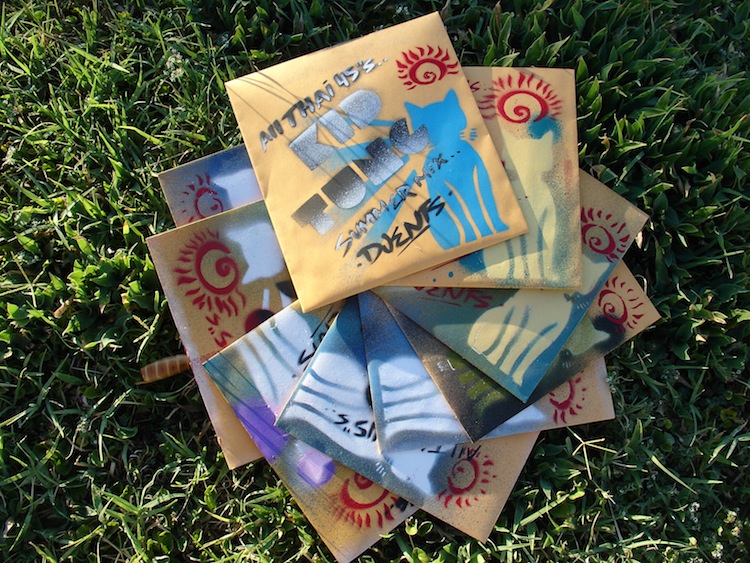 Who are you calling urban enthusiast, pilgrim?

Carolyn sauntered up to the bar, music in hand, looking like Brigitte Lin in Chungking Express getting ready to plop a few coins into a jukebox.

Four of us remained at the table, watching the progress of her negotiations. Walking back, sans disc, we knew she had succeeded. We had been sitting for hours in a dim corner at the Little Woody and were at that point where we had successfully solved a few of the world’s problems. More importantly, we were fearless enough to suggest a new soundtrack for the entire bar. As the Talking Head’s This Must Be the Place (Naïve Melody) gave way to Alex’s Kid Tung Summer Mix I fell into a dreamlike state, as if the music were the coup de grâce for the miasma that is a Phoenix summer.

Dwayne and Danielle were similarly situated, albeit in a Jamaican reverie: “Never, ever, get oysters anywhere but the beach in Jamaica. If they offer to serve you them in a restaurant, walk out of the door as quickly as you can.” They were preparing for an upcoming trip, and their energy was palpable. While it was home for Dwayne, both he and Danielle used their visits as counterpoints to the daily focus demanded by their restaurant. Their annual trips offered the couple a way to recharge and reflect on the next big thing – whatever it was, whether a cocktail or business venture. For them, Phoenix, its downtown in particular, is a blank canvas for the creation of dreams.

Their restaurant was created in response to a simple problem: during years of work downtown neither had been able to find a meal that satisfied Dwayne’s cravings for the food of his childhood. Rather than resign themselves to that fact they took matters into their own hands, opening Breadfruit on Pierce Street between First and Second Street at the nadir of the recession in 2008. They not only survived, but also expanded with the addition of RumBar in the Spring of 2010, with a grit and tenacity that hides behind the warmth of their hospitality.

Underlying their passion is a compelling agency that is a distinguishing characteristic of many of those comprising that “limited pool of urban enthusiasts” which Steven Beschloss dismissed in his recent opinion piece in the Arizona Republic. It is an agency that is not simply cognizant of risk and contingency, but embraces both. It is an agency that has been tempered by the dogmatic absolutism of elected officials and their inability to do little more than beat up anyone with a new idea, the wrong skin tone or sexual orientation.  It is an agency that is not content with the status quo, and recognizes that the only way things change is when a person decides to stop armchair quarterbacking and jump into the game, without any guarantees of success.

Moreover, it is an agency that is unrelenting in the face of failure.  That agency has fueled the exponential growth of a distinct, vibrant class of dreamers, entrepreneurs, innovators, leaders and artists – in stark opposition to that paralyzing fear of failure that has defined Arizona in the wreckage of the Great Recession.

When we are done with this place, it will look nothing like it does now. Even if we aren’t quite sure or all in agreement about what exactly it should look like. But it will be pretty damn spectacular.