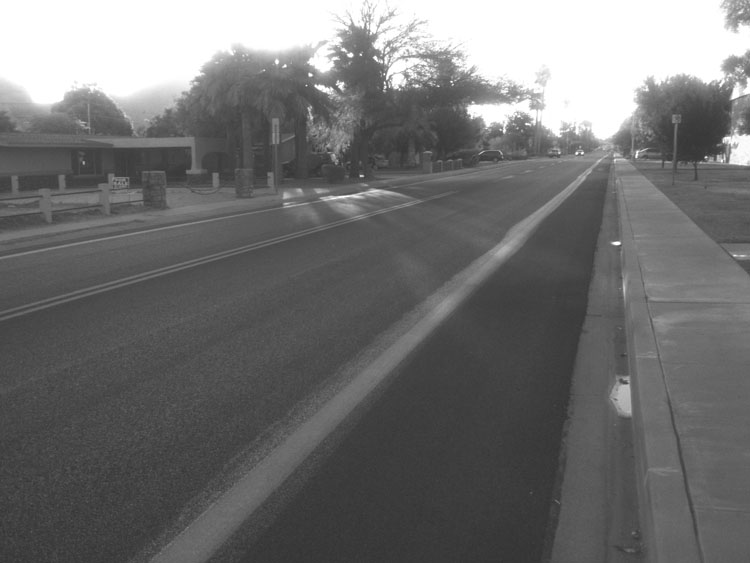 Shade. Or, how I gave up and admitted my secret love affair with Arcadia

Her extended finger was proof enough. Dorina Bustamante was pissed at me. Not that I should have been surprised. She and I have had an ongoing argument about Arcadia for the better part of at least a year. Fortunately for me, the only people that could see her gesture were sitting next to me – fellow presenters at one of Rob Izer and Kirby Hoyt’s Funk Series earlier in the year.

Walking in one of its aspirant satellites (Arcadia Lite? South Arcadia? We Really Want to Be Arcadia?) on a recent evening, I had to admit to myself that this particular part of Phoenix has its charms. I have yet to be disabused of my affinity for La Grande Orange and Postino, even if both places occasionally dredge up memories of an ex-girlfriend. And now, with the recent opening of Crudo and Micah Olson’s Bar Crudo within a stone’s throw of Beckett’s Table, my liver and waistline are actively petitioning for a new owner.

Begrudgingly [mutters under breath], I have to come clean.  Arcadia has grown on me.  I have yet to figure out exactly why.

But I do know how.

While dating said ex-girlfriend, I spent an inordinate amount of time in my car travelling between her place and my CenPho fortress of solitude. Eventually I revolted against the monotony of my car and began shuttling between destinations via bike – about thirteen miles each way. As I spent more time in the saddle, I began to discover a rich palette of sensory experiences that were unavailable to me behind the closed windows of an air-conditioned car. Whether ambling slowly down Lafayette Boulevard, or racing to catch the light at 44th Street and Campbell, it became clear that Arcadia and its satellites were much more hospitable to pedestrians and cyclists than downtown Phoenix for no other reason than its lush landscaping.

Natural environment notwithstanding, the actual pedestrian infrastructure still leaves a lot to be desired, comprised of the usual patchwork quilt of sidewalks to nowhere and non-existent shoulders prevalent in Phoenix. Arcadia and its surrounding neighborhoods are largely limited to rubber-tire transit service along arterials, making midsummer use of transit a chore. But their verdant environments become a virtue during the summer months. Whether on bike or foot, there is a clear difference in the ambient air temperature, especially in the early morning and evening during the summer.

Coupling the landscaping with the crop of restaurants that have planted themselves in the general vicinity over the last decade results in an interesting series of lessons that Arcadia can impart to Phoenix’s urbanists as the City prepares to embark on its Reinvent Phoenix project within the Metro station areas.

Chief among those lessons is the importance of landscape architecture in shaping the pedestrian and cyclist experience. In addition to the hardscape elements of a complete street like sidewalks, water fountains, and bike lanes, softscape elements are vital components of habitability in the desert. Structured shade is nice, but give me a tree-lined sidewalk over a canvas or metal canopy any day. With even a fraction of the shade trees in Arcadia, we could increase the number of people walking and biking to and from Metro stations substantially.

I’d even be willing to wager a bottle of wine on it.

Just don’t ask me to take you to Postino Gilbert.

Tags: arcadia, Feliciano Vera, phoenix
« 4 Steps to Becoming a Phoenix Superhero before Comicon 2012  |  The Good and Bad of 7th Avenue and McDowell »