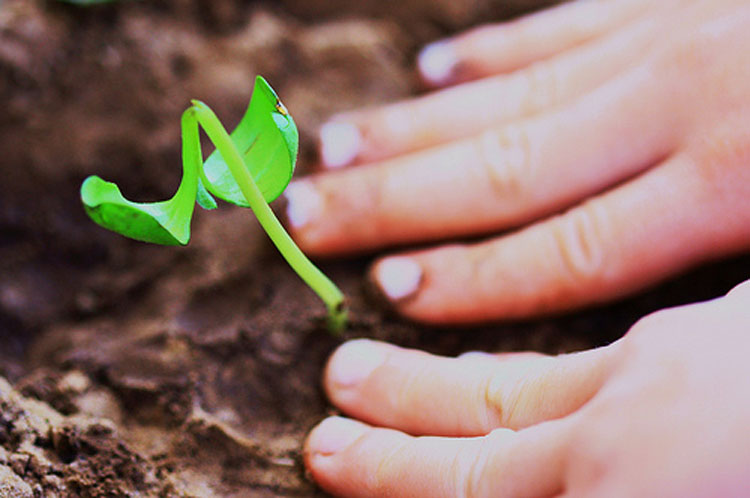 Senate Bill 1507 – Rio Declaration Prohibition – My Story and the Aftermath

Today’s post is by Stacey Champion. Stacey, based in Phoenix, AZ, is the owner of Champion PR + Consulting, Champion Indoors, LLC, is the organizer of Rogue Green (a monthly sustainability group) and is a community activist and blogger.  She can be reached at champion@cox.net or through Twitter – @ChampPR & @RogueGreen.  She was also recently named as co-chair of the Sustainability Advisory Committee for Mayor Greg Stanton.

In mid-March, I found out about SB1507 from a friend and colleague while in class at the Sonoran Sustainable Building Advisor Program (which I ironically, was able to attend tuition-free through a Federal green jobs training grant Arizona had received). I started following the bill, and was worried when I saw it passing quickly through the Senate with no outcry or testimony from the opposing side. On March 26th I wrote a blog post about this bill trying to warn people it was moving quickly and also created an online petition.  A small group of us began a public uproar about the potential dire ramifications the bill could cause if passed, yet we were mainly met with indifference and a lackadaisical attitude from the majority of people we spoke with.  Sandy Bahr of the Sierra Club was basically fighting this bill on her own up to this point, and I would like to add that Sandy is one of the only people at the State Capitol on a regular basis, working her butt off to help protect our environment, so feel free to send her a note of thanks for her hard work.

In a nutshell, SB1507 would have prohibited Arizona from adopting, implementing or supporting any of the 27 principles found in the 1992 U.N. drafted Rio Declaration.

On the evening of March 26th, I wrote an updated post about the bill, after spending the afternoon at the State Capitol in the House Rules Committee hearing with my friend Jeff Frost where the bill was passed and deemed Constitutional. Jeff had fortunately brought a copy of the Rio Declaration with us, which we were able to give to Representative Chad Campbell, as it appeared that none of the Legislators present even knew what the 27 principles in the document had to say.  Representative Campbell spoke out against the bill – calling it “the most ludicrous bill” he’d seen in all of his years at the State Legislature – which in AZ speaks volumes.

When it seemed the leaders of the community were not willing to step up to the plate to fight for sustainability, I made pleas to the media for coverage to “force” an opinion of those who seemed unwilling to upset the Tea Party crowd and their conspiracy theory driven fears surrounding 27 non-binding principles. I will tell you that I took a lot of heat behind the scenes for this tactic, but it was one I did and do still feel was necessary to stop this bad bill, and would do it all over again if I had to. There was a bit of a media stir after articles appeared in the AZ Republic and other places, and I also wrote a piece for TriplePundit. The bill went quiet for a couple of weeks amid the media stir then appeared back on the calendar a couple of weeks later, set on fast track mode.

I organized a press conference in less than 10 hours to once again bring the issue into the public eye. We finally started to get more media attention, including national media attention, when the bill kept passing through the house. The bill was “held” several times (which is done when a party doesn’t think it’s going to have the votes to pass) and Representatives in favor of the bill, like Terri Proud, began spinning out propaganda to her constituents full of misinformation.

SB1507 seemed to stall out when an opposition memo appeared on the House Floor from the Arizona Chamber of Commerce and Industry, and shortly thereafter Mayor Stanton penned an opinion article on the benefits of a sustainable future. I wrote a final plea to all of the Representatives on April 30th and the bill received coverage on Channel 3. On May 3rd, Senate Bill 1507 died without a final vote when the Legislative session finally ended.

Though this bad bill finally died, in no way is the attack on sustainability over. There were several other states that tried to pass similar legislation prior to Arizona (though all were killed early on in committee) and there are currently three states with copycat legislation pending, which you can read about here. This article also does a good job of discussing some of the bigger issue items, namely, where this conspiracy theory driven agenda stems from (The Koch family) and how the John Birch Society is working to push ICLEI – Local Governments for Sustainability out of cities and counties nationwide.

In fact, Tea Party pressure pushed Maricopa County away from renewing their membership with ICLEI, and to the best of my knowledge, Phoenix has not yet renewed their membership with ICLEI either (even though the cost to the city is just over $5000 – less than half the cost of money that was spent on souvenir coasters for airport executives a few months ago). These are dire times for our state, as can be read in the recent report – ECONOMIC AND ENVIRONMENTAL IMPACTS OF CLIMATE CHANGE IN ARIZONA – and we can no longer bury our heads in the sand or expect Dr. Michael Crow to wave his magic sustainability wand over our heads to make these problems go away. It was just over three years ago that our then Mayor, Phil Gordon said: “…we’ll do it with “Green Phoenix” – a 17-point plan which, in short, is designed to make Phoenix, America’s first Carbon-Neutral City – America’s Greenest City.”

The cities and counties must quickly become proactive, as we’ve spent too much time being reactive – and look where we are – completely behind the ball with a long way to go to catch up.  In short, we need to work our asses off in double time.

It is my hope that Phoenix will quickly renew their membership with ICLEI to take advantage of many of the great tools and resources ICLEI provides, along with some new programs being released this fall including:

I also believe it’s important to ramp up the educational side of things with regard to sustainability in the coming months and years. I disagree with the sentiment that all of the national press surrounding this issue and bill was bad for business. Crazy is bad for business, and quite frankly, when you have the most populated county (Maricopa) in the state, bowing to a minority group of people (the Tea Party extremists) and not renewing their membership with ICLEI because of it, I find that completely disheartening.

We are not going to be able to move forward without examining our past, learning from our mistakes, and having the courage to stand up for and speak out against bad legislation like SB1507. We need to stop telling everyone that our alcoholic mom “wasn’t feeling well so she went to lie down” and instead put her in rehab immediately. We need to stop making excuses and start making our future – which involves supporting our good politicians, voting the bad ones out, being involved in our communities and trying to inspire people to make good choices for not only today, but for generations to come.